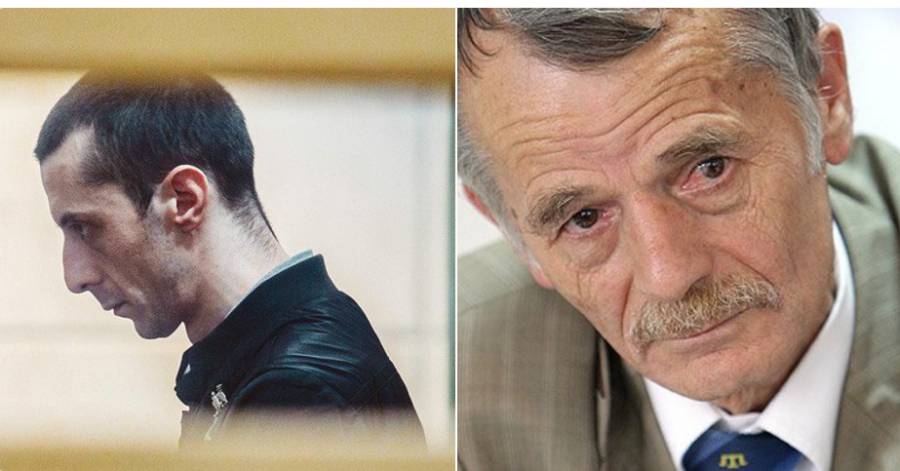 Russia did not, as feared, come up with some new excuse and Khaiser Dzhemiliev, the 33-year-old son of veteran Crimean Tatar leader Mustafa Dzhemiliev, was released on Friday, Nov 25.  The young man had been forced to serve every day of a sentence Russia had no right to pass, but at least the decision to hold him under close surveillance for three years has been cancelled.

Khaiser’s lawyer Nikolai Polozov visited him in the Astrakhan prison on Nov 24, and said that the young man had just been brought out of the latest 10-day period in a punishment solitary cell.  Like many other Ukrainians held unlawfully in Russia, he had faced constant penalties on trumped-up charges.  Polozov said that despite the punishment, he was in good humour and looking forwards to his release. He was met on Friday by his wife and mother.  Mustafa Dzhemiliev himself was banned from his homeland soon after Russia’s invasion and annexation, and has not seen his son since then. 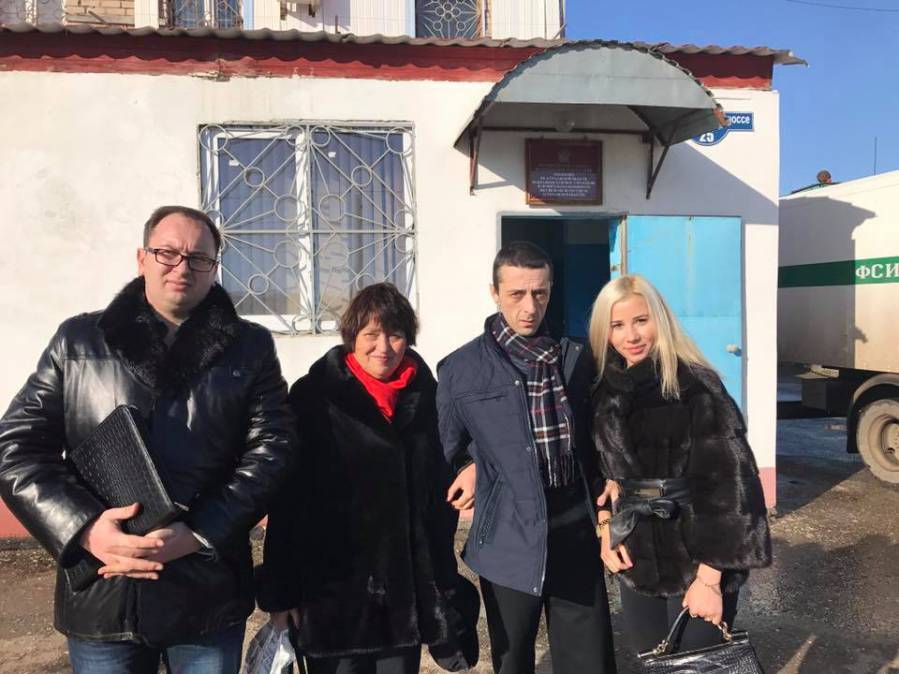 In September this year, a Russian court ordered that Khaiser be kept under ‘administrative surveillance’ for three years after his scheduled release on Nov 25.  The move, which would have effectively increased the young man’s sentence, was condemned as a ploy to continue holding Mustafa Dzhemiliev’s son hostage Unsurprisingly, neither Khaiser, nor his lawyer, had been informed of the ‘court hearing’ on Sept. 15.  The court then ruled that Khaiser would be prohibited from leaving Crimea, under a night curfew and would not be allowed to visit any bars, cafes, etc., unless working there, nor able to attend any mass events.

The reason Russia backed down is interesting given the constant efforts to foist Russian citizenship on the young man.  It has now given up and acknowledges that Khaiser Dzhemiliev is a Ukrainian citizen.  The ruling at appeal level states that “after serving his sentence, Khaiser Dzhemiliev does not have any lawful grounds for being on the territory of the Russian Federation and should leave for the territory of a foreign country”.

This effectively means that Khaiser Dzhemiliev has been banned from his native Crimea, like his father.

Nobody was in any doubt from the beginning that the young man was being held hostage as a form of pressure on his father.  The world-renowned Crimean Tatar leader who spent 15 years in Soviet labour camps is an implacable opponent of Russia’s occupation of his homeland.  Russia banned him from entering Russian-occupied Crimea in April 2014.  It has now also issued an arrest warrant against him effectively for trying to enter his homeland.

A month before the Memorial statement, Russia had formally rejected Ukraine’s application for Khaiser’s extradition, despite all legal grounds under bilateral agreements for returning the young man to Ukraine.  It had earlier also flouted a binding order from the European Court of Human Rights.  Instead of returning Khaiser to Ukraine, he was taken from Crimea to a Russian prison in Astrakhan.  This broadly coincided with his father’s initiation of the Crimean Blockade.  It seemed an obvious act of revenge against his father and was illegal even by Russian legislation which stipulates that he should be imprisoned either close to his place of residence, Crimea, or in the Krasnodar region where the trial took place.  It should be noted that Russia is doing the same with most Ukrainian political prisoners who are being held thousands of kilometres from their homes and families.

The attempts to use this as pressure against his father first began under Viktor Yanukovych’s presidency, and then became quite brazen under Russian occupation, with an attempt to charge him with murder.  One of the few positive moments in this squalid affair came when a Russian jury rejected the official line and found Dzhemiliev Junior not guilty of murder.

While the charges against Khaiser Dzhemiliev were real, and he was therefore not a political prisoner, his continued imprisonment in Russia was thoroughly illegal.  In Ukraine he would have long been freed on parole, and Russia’s refusal to release him and the constant punishments only confirmed that he was being held as hostage.