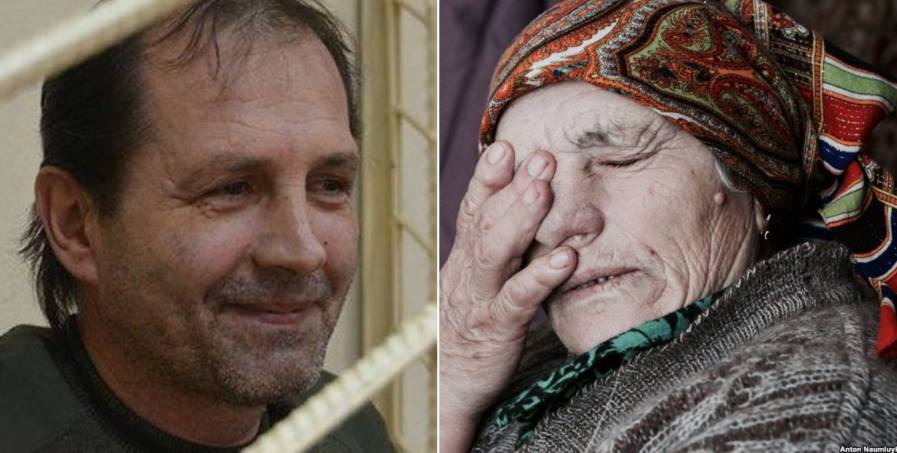 It has long been clear that Russian-controlled courts provide the sentences demanded in politically-motivated trials.  In Russian-occupied Crimea, if there are orders not to release a Ukrainian activist  they also act as prosecutor.

46-year-old Volodymyr Balukh has been imprisoned for 6 months on charges so obviously falsified that human rights groups declared him a political prisoner almost immediately.  The list of gross infringements in his case is already huge, but increased on May 23 with the ‘judge’, Maria Alexandrovna Bedritskaya from the Razdolne District Court ignoring the failure by the prosecutor to provide even one reason for holding Balukh in custody, and remanding him in custody until September 4.

As Balukh’s lawyer Dmitry Dinze pointed out, this was not just a formal infringement of procedure.  The charges against Balukh are of medium severity, and detention for over 6 months is permitted only under exceptional circumstances.

The prosecutor had failed to think up any ‘exceptional’ justification, so Bedritskaya simply took over and extended his imprisonment anyway.

The court hearing was attended by the Head of the Ukrainian Orthodox Church under the Kyiv Patriarch, Archbishop Kliment.  He came to give moral support and to ask for permission to visit Balukh in the Simferopol SIZO [remand prison].  Bedritskaya at least found nothing to object in such a visit.

There can be no justification for any politically-motivated imprisonment, but Russia is also attacking families with most of the political prisoners in occupied Crimea.  In Balukh’s case, it is his wife Natalya and his elderly mother (also called Natalya) who is tormenting herself for not having agreed to leave Crimea after Russia’s invasion.  Balukh and his wife have a farm in the village of Serebryanka in norther Crimea, which Natalya is unable to cope with alone.  Balukh also spent a lot of time tending and carrying out necessary repairs to his mother’s home.  He told the court that his family has been left without means of survival.

Balukh is facing a potential 4-year prison sentence (under Article 222 § 1 of the Russian criminal code.) on insultingly implausible charges.

He was arrested on December 8, 2016, after the FSB [Russian security service] carried out searches of his home and his mother’s.  The FSB claimed to have found 90 bullets and several trotyl explosive devices in Balukh’s attic. There was nothing to link Balukh with any act of violence, and the Ukrainian activist had every reason to expect FSB searches.  These had taken place several times under Russian occupation and were especially to be expected then.  On Nov 29 Balukh had nailed a plaque renaming his home No. 18 “Heroes of Nebesna Sotnya St’ in memory of the over 100 Maidan activists who were killed during Euromaidan.  The FSB arrived just over a week after Balukh ignored demands from the head of the local council for the sign to be removed.   In recognizing Balukh a political prisoner, the Memorial Human Rights Centre pointed to both the total implausibility of the charges and a whole litany of procedural irregularities.

At one of the hearings, for example, it transpired that Yevgeny Bobrov, the criminal investigations officer who supposedly found ammunition, was unable to explain his role and legal status during the search.  He had not been on duty that day, and he could not name the individuals who had instructed him to be present or their position in the law enforcement bodies.

This ‘search’ was carried out with Balukh and his wife locked away in a room, without proper witnesses and, of course, without a lawyer.

More details about the ‘trial’ and previous forms of harassment of the Ukrainian activist here: