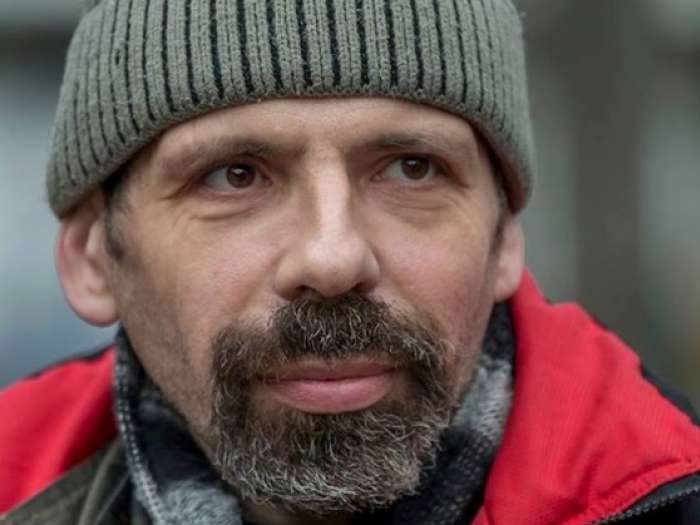 A Ukrainian court has ordered the Migration Service to grant Russian blogger Pavel Shekhtman political asylum in Ukraine.  This is the latest of several cases where Russians facing persecution solely or in part because of their support for Ukraine have run up against the Ukrainian Migration Service’s unwillingness to notice Russia’s aggression against Ukraine or the evident political motivation of criminal charges the asylum seekers were facing.

The battle is not yet over as the Migration Service can still appeal against the Kyiv District Administrative Court’s ruling on 31 October.  It may well try, however Kharkiv Human Rights lawyer Oleksiy Skobach clearly doesn’t rate their chances high.

Skobach has been representing Shekhtman since soon after the latter fled to Ukraine in February 2015 and applied for asylum.

The 42-year-old civic environmental activist and blogger was involved in many pro-Ukrainian protests in Russia, and also wrote in his blog about Russia’s aggression, etc.  It was in connection with some very strong comments about Russian propaganda journalists that criminal proceedings were brought against Shekhtman in Russia.  He was charged with ‘inciting hatred towards a social group’ (journalists) and, shortly after he fled to Ukraine, added to Russia’s notorious ‘register of terrorists and extremists’

The comments were only on Facebook. Although they were undoubtedly extreme, they were no more so than very many statements, blogs, etc. by people like Russian fascist ideologue Alexander Dugin and politician Vladimir Zhirinovsky  against Ukrainians or about the war in Donbas.  Dugin, for example, had publicly asserted that “we must kill all Ukrainians”.  As with Shekhtman’s remark, the comment was supposedly made in indignation at ‘atrocities in Ukraine’ (though referring to the Russian propaganda version of the events in Odessa on May 2, 2014).  It was, however, much more public and made by the head of a faculty at Moscow State University.  There has never been any attempt to bring criminal charges or add him to the list of ‘extremists and terrorists’.

It was also quite clear that Shekhtman was not attacking any journalists as members of a so-called ‘social group’, but those individuals who produced warmongering lies and propaganda about the war in Donbas.

Shekhtman had been placed under house arrest, but managed to flee on the eve of a court hearing into the charges.  Skorbach notes that Shekhtman’s disappearance was reported in many Russian media, with a number of them suggesting that he would likely be seeking asylum in Ukraine.  It proved to be only the Ukrainian Migration Service, Skorbach notes drily, who had difficulty understanding the situation.

The Migration Service ignored Shekhtman’s opposition activities in Russia and the media reports of attacks on him because of his position.  Instead they looked at the decision regarding criminal charges and concluded that the man before them was simply trying to escape criminal prosecution and not facing persecution for expressing his views.

The application was rejected, with this challenged in the court.  The Migration Service defended its position, claiming in one particularly extraordinary moment that Shekhtman was not a well-known activist, just a person looking for an excuse to change his country of residence who had chosen “such an exotic manner, making use of Ukraine’s difficult situation”.

Even more worryingly, the first court accepted the Migration Service’s ‘arguments’.  That ruling was, however, overturned at appeal stage, with the Kyiv Administrative Court of Appeal also ordering the Migration Service to review its decision, taking into account Shekhtman’s views and activities; information about Russia, its observance of human rights and justice system.

The Migration Service lodged and lost a cassation appeal, but did not give up.  It produced a supposedly new ‘investigation’ which, it claimed, established that Shekhtman should not be granted asylum.  This was purportedly because it had not been proven that he was in danger living in Russia. It also repeated its attempt to treat the criminal charges as purely criminal, with no political element.

That second refusal was also challenged, with the decision taking a year to came, but proving to be worth waiting for. Skobach explains that the panel of three judges studied all the documentation over the three years of Shekhtman’s battle with the Migration Service, and gave a considered assessment of all of the latter’s arguments, before ordering it to grant Shekhtman asylum.

Skobach points out that the Migration Service’s work has been marked by a lack of professionalism; incompetence and ignorance of international law throughout its existence.

Its ‘arguments’ against granting asylum to other Russians who were evidently in danger if forcibly returned have been reported here on many occasions.

The Migration Service, for example, kept refusing to grant Sergei Anisiforov political asylum, despite the fact that the Russian had taken part in Euromaidan from the first days, had openly condemned Russia’s invasion of Crimea, and had received death threats from Russia because of his support for Ukraine.

The migration officials refused to accept that he was in danger in Russia, essentially claiming that Russia was a democratic country, and that there were no grounds for expecting that he could face danger. In August 2015, for example, a migration official claimed that the case of Crimean filmmaker Oleg Sentsov and Oleksandr Kolchenko was not relevant since they were members of Right Sector, a Ukrainian nationalist organization banned in Russia, while Anisiforov did not belong to any such group.

The Ukrainian official had thus repeated Russian lies about one of the most shocking examples of Russia’s political persecution of Ukrainian opponents of its invasion and annexation of Crimea.

Skorbach also recalls how, during the most intense period of the war in Donbas, a migration official said that he didn’t know whether a war was raging between Russia and Ukraine, and that, furthermore, the fact that there was a war had not been proven since Russia was a member of the UN’s Security Council.

The need for serious reform to the Migration Service is clear, however there is one positive development that has emerged over the last three years as a result of all these court sagas.  In contrast to the migration officials, the courts are able to recognize where a person is in danger of political persecution, including for their pro-Ukrainian position, and are increasingly ordering a repeat review of a case or directly obliging the Migration Service to grant asylum or additional protection.