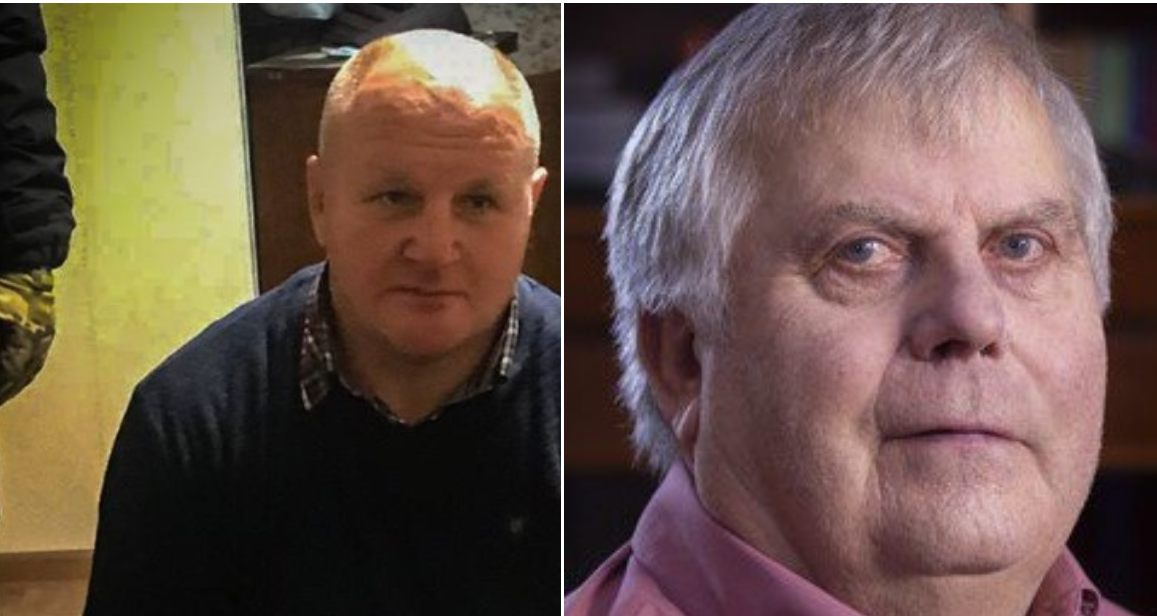 Russia’s FSB has carried out a ‘mass operation’ against peaceful Jehovah’s Witnesses in Dzhankoy in occupied Crimea, with a 78-year-old believer manhandled, and 46-year-old Serhiy Filatov arrested on ‘extremism’ charges.  This shameful descent into the worst practices of the Soviet regime was widely reported, though in carefully edited form, on Russian and Russian-controlled media as the “detention of extremists”, with the obligatory ‘Ukrainian link’

Russian media reported searches carried out during the night from 15-16 November of about 30 addresses in Dzhankoy, though the number may have been smaller.  For understandable reasons, the video footage on the Russian-controlled Vesti Krym and Russian TV avoided showing 78-year-old Oleksandr Ursu pinned to the wall, falling and being handcuffed for some time.  A little easier to present a 46-year-old as an ‘extremist’, though that too requires effort.

Reports call Filatov the ‘head’ of the local community of Jehovah’s Witnesses or, in Russian propaganda media, the ‘head of a local cell’, though, according to their organizational structure, there are no ‘heads’ as such.

The father of four was initially detained, though later released under a signed undertaking not to leave the city.  He, members of his family, as well as several other people have been summoned for interrogation.  There were initial reports that many people had been detained, though others were seemingly also released.

For the moment only Filatov appears to be facing criminal charges, under Article 282.2 § 1 of Russia’s criminal code which it is illegally imposing on occupied Crimea.  This punishes for something termed ‘organization of the activities of an extremist organization’.  The criminal code does not define the word ‘extremist’, requiring only that there have been a court ruling calling the faith or organization ‘extremist’.

Filatov will be formally charged on 21 November.

These are the first criminal charges in occupied Crimea, however Russia has been carrying out a large number of armed searches and arrests in Russia itself, with 42 Jehovah’s Witnesses currently recognized by the Memorial Human Rights Centre as political prisoners (27 in custody, 15 under house arrest).  Another 20, before the latest events in occupied Crimea, were facing criminal prosecution.

Jehovah’s Witnesses were executed by the Nazi regime for refusing to serve in the Wehrmacht, and imprisoned on similar and other grounds in the Soviet Union.  Russia had already been persecuting the Jehovah’s Witnesses for some time when, on April 20, 2017, the Russian Supreme Court banned the faith and its adherents as ‘extremist’.  As Memorial HRC has pointed out, the Court did not provide even one example where believers had breached public order, shown aggression or violence, or in any way indicated that their activities were a threat to the security of the Russian Federation.

The first arrest, of Dennis Christensen, a 46-year old Danish citizen and a Jehovah’s Witness Elder, came on May 25, 2017, then in the spring of 2018 , the persecution gained pace, with the above-mentioned figures rising each month.

Until recently  there had been a large number of administrative prosecutions against Jehovah’s Witnesses, but no criminal charges. In June 2017 it was also learned that a young Crimean Witness had been ordered to provide ‘proof of change of faith’ in order to be eligible for alternative civilian service.  This is in addition to Russia’s grave violation of international humanitarian law by conscripting young men on illegally occupied Ukrainian territory.

Russia’s FSB is using the same repressive arsenal in its conveyor belt prosecutions of Muslims in occupied Crimea and Russia and against Jehovah’s Witnesses.  In both cases, there is widespread persecution of men, and, less often, women who have committed no obvious crime, merely on the grounds of religious beliefs.  These ‘prosecutions’ follow gratuitously violent armed operations, generally carried out in homes where children had been fast asleep, and involve highly suspect ‘expert assessments’ and even less convincing ‘secret witnesses’.  The FSB has developed a system for concocting supposed ‘evidence’ of involvement, with this most often including supposed ‘witnesses’ whose identity is concealed from the defence, and who give testimony from another room, almost certainly receiving prompts as to what to answer or, at very least, being able to check what they said earlier.

A particularly tragic aspect of this persecution in the case of the Jehovah’s Witnesses is that it is part of each believer’s duty to spread news about their faith to others.  That is now a very dangerous thing to do, since you could be sharing your beliefs with FSB infiltrators, quite likely armed with tape recorders.