Another fighter for Ukraine threatened with deportation to Russia 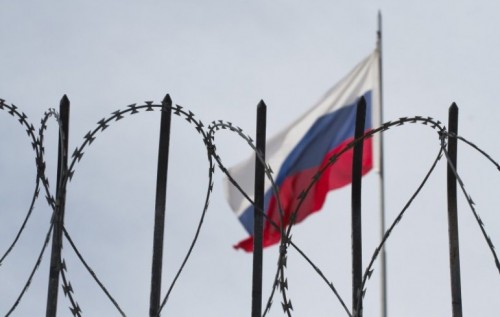 Less than a year after Ukraine’s Prosecutor General’s Office treacherously sent an asylum seeker who had fought for Ukraine in Donbas back to certain persecution in Russia, another Russian citizen could be facing the same fate.

A court in Zhytomyr has upheld the Ukrainian Migration Service’s decision to forcibly return Ruslan Omarov to the Russian Federation, although Omarov took part in the military action in Donbas from 2014 to 2016, as a member of a Ukrainian Right Sector volunteer battalion.  That alone would mean that he faced torture and persecution in Russia.

Russia has placed Omarov on its wanted list, on suspicion of helping illegal armed formations, with the Zhytomyr branch of the SBU having recommended that Omarov be forcibly returned because of alleged involvement in the so-called ‘Islamic State’.  Omarov was scathing in his account of the court proceedings to Kavkaz.Realii, saying that the SBU “had babbled some kind of nonsense about ISIS.”

Omarov’s lawyer, Hlib Norov, points out that the resolution part of the Migration Service’s decision, adopted in April 2018, contained a number of infringements of Ukrainian legislation.

In this case, as in others, it is not clear what proof, if any, Russia has given the SBU to back their claims regarding support for an illegal armed formation, or involvement in ISIS.  There have been many instances where there is no proof at all, or even, as in the case of Ruslan Meyriev, a lawyer originally from Ingushetia, where Russia only brought criminal charges after Meyriev acted as a volunteer, helping Ukrainian soldiers.

What is clear is Omarov’s involvement in the war in Donbas on Ukraine’s side from 2014 to 2016.  This alone, and especially where the involvement was in a formation linked with the Ukrainian nationalist Right Sector, has been enough for Russia to imprison Russian citizens.  Russia has also abducted and sentenced a Ukrainian citizen, Olksandr Shumkov, to four years’ imprisonment on charges of involvement while in Ukraine, in an organization which is totally legal in Ukraine, and doing so before Russia declared the organization illegal (details here).

It is to be hoped that the Ukrainian authorities will keep the promise made in August 2018, and not send another Russian citizen who fought for Ukraine back to face torture and reprisals in Russia.

The promise was issued with cause, given the shameful treatment of Timur Tumgoev who was handed over to Russia on 12 September 2018.

The FSB had provided no proof to justify their allegations against Tumgoev, and there was every reason to fear he would face torture and an unfair trial because he had fought for Ukraine in Donbas.

After initially trying to claim that this was part of an ordinary exchange of ‘criminals’ between Ukraine and Russia, the Prosecutor General Yuri Lutsenko finally admitted that Tumgoev, as a person who had fought for Ukraine, could have been handed over “by mistake” and promised a proper investigation.

More details about this appalling betrayal, and the reports that Tumgoev was beaten up in a Russian prison and is facing up to life imprisonment here