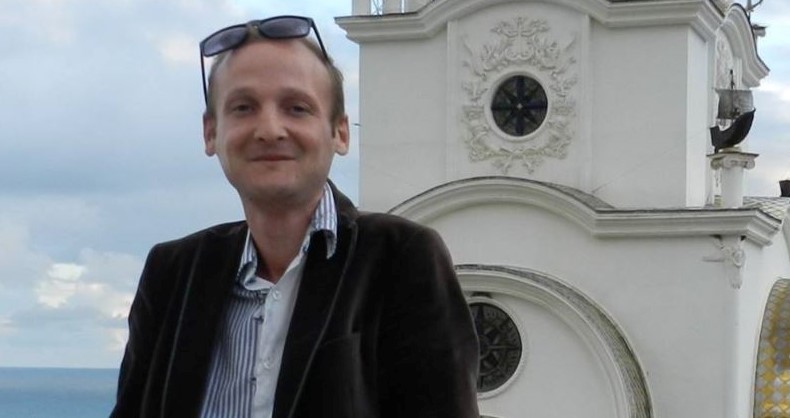 Yevhen Haivoronsky, a journalist and blogger from occupied Yatla, has been jailed for 15 days after allegedly having his head banged against a police car several times during his detention.  According to his lawyer, Alexei Ladin, Haivoronsky was charged with refusing to undergo ‘treatment’ for drug dependence, with the court order for such treatment having closely followed Haivoronsky’s public call for Crimea “to be saved from Russia”.

During the hearing at the Russian-controlled Magistrate’s Court in Yalta on 22 October, Haivoronsky called the Russian judicial bodies illegitimate and said that they had no right to try him. He informed the court that the police had hit his head against their car several times, however the ‘judge’ refused to issue a separate ruling regarding the police officers’ behaviour.

Over the last five and a half years, Russia has systematically crushed freedom of speech and any independent media in occupied Crimea.  Mykola Semena was given a suspended sentence and has been prevented from receiving vital medical treatment in mainland Ukraine merely for making his opposition to Russian occupation clear in an opinion piece.  There are currently nine Crimean Tatar civic journalists imprisoned, with most facing huge sentences on trumped-up charges.  62-year-old Oleh Prykhodko is now facing equally implausible charges with these evidently linked with his openly pro-Ukrainian position.

Haivoronsky has, in contrast, at least up till now mainly faced harassment and administrative proceedings, although his utterances, at least since February 2019, have been very strong.  This and Haivoronsky’s recent past have made many Ukrainian observers loath to jump to conclusions about his change of heart.  It is possible, however, that something similar to the Soviet uses made of punitive psychiatry is being seen, specifically because the person in question was previously so pro-Russian.  Just as it was convenient to pretend that those who demanded freedom in Soviet times were mentally ill, Russia may well be trying to present Haivoronsky as a man with a drugs problem in the hope that his new position will be viewed as drugs-related impaired understanding.  If the latter is the case, Haivoronsky has reason to fear that the measures against him can only escalate.