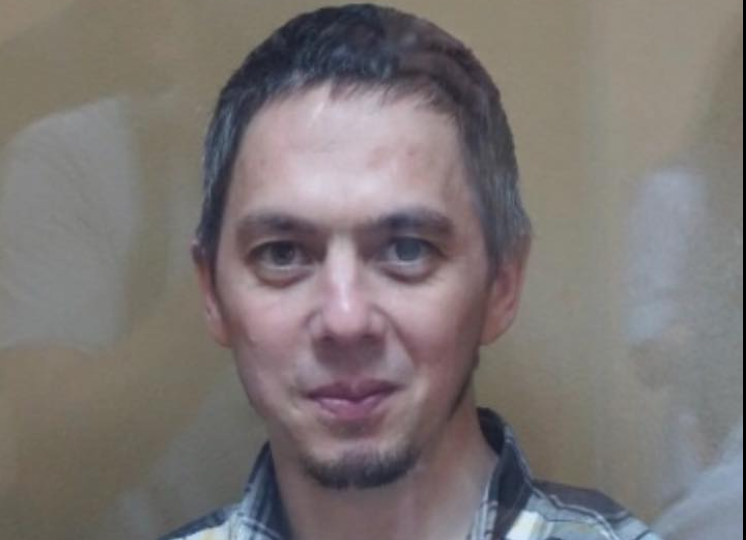 Enver Seitosmanov, a 33-year-old recognized political prisoner, has been sentenced to 17 years’ maximum security imprisonment for his religious and political views.  The sentence on 5 December 2019 was handed down by the same Russian military court in Rostov that first gained notoriety in 2015 for the fake ‘terrorism trial’ of Ukrainian filmmaker Oleg Sentsov, and this new ‘trial’ was equally flawed.  Seitosmanov was not charged with any recognizable crime and the ‘evidence’ which was supposed to prove his ‘involvement’ in a peaceful organization did nothing of the kind. There are also serious grounds for believing that the charges were increased in April this year for highly suspect reasons.

Seitosmanov was detained on 10 May 2018, together with his brother Ernes, after an armed search of their home in occupied Sevastopol. Only Enver was charged with ‘involvement’ in the peaceful pan-Islamist Hizb ut-Tahrir movement and remanded in custody.  Hizb ut-Tahrir is legal in Ukraine and most countries, and is not known to have committed any acts of terrorism anywhere in the world. The Russian Supreme Court kept its ruling that the movement is ‘terrorist’ secret until it was too late to challenge it and has never provided any grounds. The Memorial Human Rights Centre considers all those charged with ‘terrorism’ merely on the grounds of unproven ‘involvement’ in Hizb ut-Tahrir, including Seitosmanov, to be political prisoners.  Memorial expert, Vitaly Ponomaryov believes that Russia may have declared the organization terrorist to make it easier to extradite people to Uzbekistan where they faced religious persecution and torture.

Everything about the prosecution of Seitosmanov is dubious, including the timing. The charges pertained to Russia’s first fatally flawed ‘Hizb ut-Tahrir’ prosecution of four Crimean Tatars from Sevastopol, including Seitosmanov’s cousin, Nuri (Yuri) Primov. Three of the men: Primov, Ruslan Zeytullaev and Rustem Vaitov had been arrested on 23 January 2015, the fourth – Ferat Saifullaev – two and a half months later.

In January 2015, the FSB had also subjected the Seitosmanov brothers to an armed search, though on that occasion, their target was Ernes Seitosmanov, and no arrest was made.  It is unclear why, over three years later, the FSB should have decided to come after Enver Seitosmanov, but it was categorically not some new and compelling ‘evidence’.   Nor was it any testimony from the four men already imprisoned, all of whom refused to provide false testimony.  Zeytullaev had been positively threatened with new criminal charges for not ‘cooperating’,

During the hearing on 4 December 2019, one of Seitosmanov’s lawyers, Sergei Legostov pointed to some of the alleged proof that prosecutor Igor Nadolinsky had presented as justification for demanding a 17-year sentence.

The prosecution had claimed, Legostov noted, that “connection had been established between operators from December 2014 to January 2015.”  What this meant, it transpired, was that three men had had contact with Seitosmanov: his cousin Primov, Vaitov and Zeytullaev. Even if the prosecution was trying to find something suspicious about contact between two relatives, there was another, extremely pertinent question.  The prosecution has been claiming since April 2019 that Seitosmanov ‘organized a Hizb ut-Tahrir group’ under Article 205,5 § 1 of Russia’s criminal code,  with this carrying a significantly greater sentence than the ‘involvement’ in such a group that he was originally charged with, 11 months earlier (Article 205,5 § 2) .  How, if he was supposed to be the ‘organizer’, is it possible that he had absolutely no contact with the fourth person, Saifullaev?

The prosecution has also lied about when Seitosmanov first appeared in the area, in order to coordinate the charges with those against the four men sentenced in 2016. The reason that there was no contact between the two cousins, and the other men (whom Seitosmanov knew through work) before December was because Seitosmanov was not there. Legostov also pointed to another absolutely critical discrepancy.  The prosecution had claimed that Seitosmanov had joined a Hizb ut-Tahrir group organized by Zeytullaev back in November 2014, yet in April 2019 the charge against him was changed to having ‘organized’ the group.  What, in that case, did he ‘organize’?

What indeed. It remains unclear why the charge was changed from ‘involvement’ to ‘organizer’, however lawyer Emil Kurbedinov notes that the SIZO, or remand prison in Simferopol gave Seitosmanov a very negative assessment, probably in revenge for his formal complaints about their treatment and failure to provide medical care for a chronic medical condition. The FSB may have also been revenging themselves for the first ‘Sevastopol trial’ which was so sloppy that they needed three separate court cases to get the sentence for Zeytullaev that they needed for their paperwork.

The main person who testified against Seitosmanov was a ‘secret witness’ whose testimony could not be verified.  During cross examination in court (with this ‘Mr Smirnov’ hidden away from sight), the defence established that he could not name a single person whom he alleged had told him about Seitosmanov’s involvement in Hizb ut-Tahrir.  ‘Smirnov’ had also claimed that Seitosmanov “prayed differently”, though when challenged, it became clear that he had no idea about any Muslim prayers.

All of this was ignored by presiding judge Sergei Mikhailovich Gorelov; Alexander Vasilyevich Generalov and Nikolai Sergeevich Gulko from the Southern District Military Court in Rostov-on-Don who on 5 December passed the 17-year-sentence demanded of them.  This will, certainly, be challenged, though Russia’s conveyor belt of persecution has been churning out harsher and harsher sentences, with innocence and the lack of any real charge not once taken into consideration.