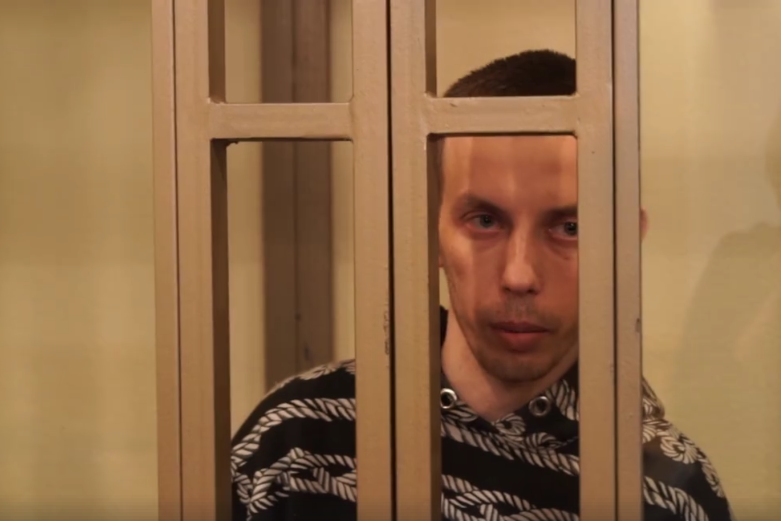 Russia’s transfers of political and other prisoners are always long and arduous, but for Ukrainian political prisoner Ruslan Zeytullaev it was particularly tough since the guards at the Rostov SIZO [remand prison] had stolen the only food he could eat. The 32-year-old Crimean Tatar had scarcely recovered after the long hunger strike he had held for weeks in protest at Russia’s repression against him and the entire Crimean Tatar people.  Zeytullaev was declared a political prisoner by the renowned Memorial Human Rights Centre back in July 2016 long before the end of his first ‘trial’ which was so grossly fabricated, that the court initially refused to provide the huge sentence demanded by the prosecutor.

Lawyer Edem Semedlyaev has reported that he visited Zeytullaev on October 31 in Maximum Security Prison Colony No. 2 in Salavat, Bashkiria and was also told that the Ukrainian consul was due to visit the next day.  Zeytullaev has regained strength and sends greetings to his fellow Ukrainians.  He asks people to write to him and to other political prisoners, speaking of the importance of knowing that you are not forgotten.

Zeytullaev is currently seeking extradition to Ukraine which would be in full accordance with a bilateral agreement between Ukraine and Russia.  He has written at least five applications, and says that if they are rejected, he will go on hunger strike in protest.

Judging by applications from other Ukrainian political prisoners, there seems little grounds for optimism, however this can change if there is enough public attention and political pressure on Russia.

Zeytullaev has, like most of the other Ukrainians Russia has illegally imprisoned, been sent two and a half thousand kilometres from his wife and three small daughters.   It is unlikely that his wife, Meryem, would be able to make the huge and very expensive journey to visit her husband and effectively impossible for his daughters and elderly mother to see him. This is in direct violation of a recent European Court of Human Rights judgement (Polyakova v. Russia and two others), which found that Russia had violated Russian prisoners’ rights by imprisoning them very far from their families.

With respect to Ukrainian prisoners, Russia is clearly trying to isolate them and make it much less likely that they will be noticed and / or visited by foreign diplomats and the media.

Prison Colony No. 2 in Salavat has a very bad reputation and saw protests by prisoners in 2015 over ill-treatment by the staff and so-called ‘activists from among the prisoners collaborating with the prison administration.

Everything about the arrest, imprisonment and ‘trial’ of Zeytullaev and three other Crimean Tatars - Rustem Vaitov and Nuri (Yuri) Primov and Ferat Saifullaev - is in  violation of international law.  The men have all been imprisoned since early 2015.

Vaitov, Primov and Saifullaev were charged with ‘taking part in a terrorist organization’ under Article 205.5 § 2 of Russia’s criminal code, while Zeytullaev was accused of ‘organizing’ it (Article 205.5 § 1).

The charges were obviously flawed and based only on a ‘kitchen chat’ (details here), on the testimony of a former SBU officer who switched allegiance to Russia and to a secret and highly questionable ‘witness.  The case was so flagrantly flawed that although the first judges lacked the courage to acquit the men, they sentenced Saifullaev. Vaitov and Primov to the minimum 5 years possible under the article of the criminal code, and reclassified the charge against Zeytullaev to ‘involvement’, sentencing him to ‘only’ seven years.

This, however, did not suit the FSB which has a standard format for its multiple ‘Hizb ut-Tahrir cases’, and needs to have an ‘organizer’.  Zeytullaev’s lawyer Emil Kurbedinov, warned shortly after the sentence was challenged as too ‘light’ that the FSB would not tolerate deviation from their storyline.  Too many questions were raised about their ‘case’.  If there was no leader on this occasion, what would they do about the other three men facing even longer sentences as the supposed organizers of other Hizb ut-Tahrir groups?

All four Crimean Tatars convicted so far have one or more children and all are held far from their families.

The number of men now either ‘convicted’ or facing similar ‘trials’ (with even longer sentences likely) has now reached 25, with 100 Crimean children deprived of their fathers.

Please help share information about this case and the other arrests which will only escalate while the world remains largely silent.

Write to Ruslan and the other men!

The letters or postcards need to be in Russian, and should not contain any discussion of the cases or politics generally.  If it is a problem to write in Russian, just copy-pasting the following will be fine, maybe with a picture or photograph.  Addresses for Ferat Saifullaev; Rustem Vaitov and Nuri (Yuri) Primov and brief information about the case can be found by pressing the hyperlinks.