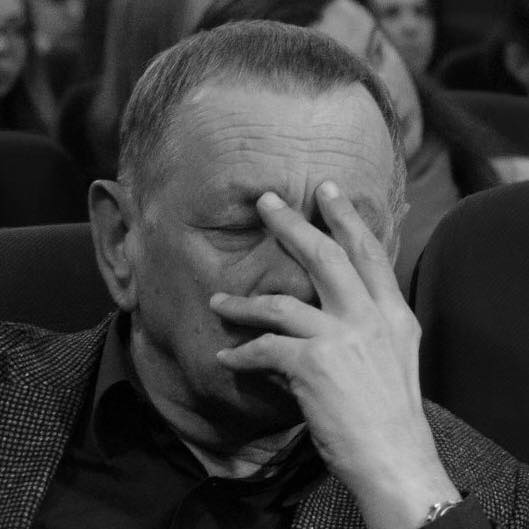 Ukraine’s new Prosecutor General Iryna Venediktova has removed Viktor Trepak, the only head of the investigation into the savage killing of Kherson activist Kateryna Handziuk under whom real progress was made. There seems no sensible reason for the move on 27 March, which has aroused a bitter response from Viktor Handziuk, the slain activist’s father.

The move was also roundly condemned as revanche by Venediktova’s predecessor Ruslan Riaboshapka, who warned that, if Trepak goes, we can forget about any real investigation.  He called Trepak the only person in the Prosecutor General’s Office with a comprehensive and systematic understanding of how the investigation should move forward.

It was under Riaboshapka that Viktor Trepak was appointed Deputy Prosecutor General and given charge over the investigation into Handziuk’s murder, Maidan cases and others.  This was in October, and by January 2020 a key suspect in hiding, Oleksiy (Moskalenko) Levin had been arrested in Bulgaria.  He was extradited to Ukraine in March, and on 24 March, a Kyiv court agreed, despite opposition from the two suspects’ lawyers, to extend the criminal investigation by a further four months.

This is not a long period, and it is, at best, illogical that Venediktova should have reallocated the case to a new Deputy Prosecutor General who, even without the likely problems posed by the pandemic, would still need a month to learn the ins and outs of the case.

There are also other issues linked with timing since Venediktova’s decision comes a week after Trepak gave an extensive interview to the newspaper Dzerkalo Tyzhnya in which he was fairly open about earlier attempts to block real progress.

Trepak reacted to his removal from the investigations by resigning altogether. He did not particularly mince words in a new interview to  Dzerkalo Tyzhnya on Friday evening, saying that his team were very close to totally solving the crime and identifying those who had commissioned it. “However, you get the impression that certain people have no interest in a real result”.

“I consider that such a reshuffling of powers is a means of exerting influence on me and of interference in how I carry out my duties as prosecutor. One can speak of an infringement of the guarantees of prosecutor’s independence which is directly prohibited by law.”   The restructuring, he said, had effectively removed him from the above-mentioned cases, and this was at a point in the Handziuk case “when we’d come close to the finishing line”.

Trepak dismisses Venediktova’s claim that he had still retained the cases.  He says that with the relevant departments taken out of his jurisdiction, he has been deprived, as Deputy Prosecutor General, of the possibility of properly organizing the investigation into these cases.

Trepak adds that he is not overestimating his role in the investigations, and calls the teams of prosecutors both in the Handziuk case and in those linked with Maidan “competent and determined”. He does not, however, exclude the possibility that these prosecutors will simply not be allowed to work as is needed.

He ends by expressing regret that he will not be able to meet the expectations pinned on him by the public, the families of the victims and, at one time, the President.

The news of Trepak’s effective removal certainly elicited alarm and intense frustration from Viktor Handziuk, his daughter’s friends and the activists and lawyers hoping for an end to impunity at least in this most shocking case.

33-year-old Handziuk died on 4 November 2018, just over three months after almost a litre of sulphuric acid was hurled at her in a commissioned attack.  She was an aide to the Mayor of Kherson and a civic activist, who was never afraid to criticize people in high places and expose corruption, including in the Kherson police force.

This was a very high-profile attack and reaction from the law enforcement bodies was clearly required.  That, however, initially came with the arrest of a person living near Handziuk and assurances that the case had been solved.  It was only thanks to two journalist friends of Handziuk that the proper probe was carried out into the man’s irrefutable alibi.

This was to be the first of very many actions by enforcement bodies which forced legitimate doubts as to their commitment to really solving the crime.  The grounds for these doubts had been acknowledged in Trepak’s earlier interview to Dzerkalo Tyzhnya, in which he revealed that the first attempt to catch Levin had fallen through because somebody, presumably in the law enforcement bodies, tipped off the suspect.

He explained that, when he took over the case, there were several criminal investigations, each carried out by a separate group of investigators and prosecutors.  The initial investigation had been reasonably efficient, he said, with the perpetrators identified, as well as the direct organizer of the crime.  As reported, on 6 June, 2019, Serhiy Torbin was convicted of having coordinated the attack and jailed for 6.5 years.  Mykola Hrabchuk got 6 years for having carried out the attack.  Volodymyr Vasyanovych and Vyacheslav Vyshnevsky were jailed for 4 years, Viktor Horbunov – for 3 over their roles in the crime.

Trepak explained that, although the people suspected of having ordered and organized the crime had been informed that they were under suspicion and that there had even been applications to the court for the arrest of these individuals and for their removal from their positions.  “But then, somehow, it all stopped. You have the impression that there was external interference in the investigation or that the brakes were deliberately applied.”

He added that the fragmentation hit you in the eye. Instead of uniting inter-connected episodes into one whole, they were separated off from one another, with this having an adverse impact on the efficiency and the comprehensive nature of the investigation, and resulting in actions being incorrectly classified, and to certain people escaping liability.

Trepak did not name names, but it seemed clear that he was referring to Ihor Pavlovsky.  The latter was originally accused of having been a go-between, however this was suddenly changed to the far less serious charge of having simply failed to report a crime.  It was under Trepak that in January 2020, a large number of searches were carried out in the Kherson oblast. Pavlovsky was one of 8 or 9 people told they were under suspicion of either organizing or taking part in a criminal gang involved in violence and arson attacks.

Viktor Handziuk expressed anger last October over the reduced charges against all suspects.  Despite the savage nature of the attack, which could be expected to kill the victim, the perpetrators were allowed to reach a deal with the prosecution, with this softening both the charges and the sentence – from murder (as a contract killing) to causing grievous bodily harm which resulted in a fatality.  This resulted in lighter charges being laid against the other suspects, in particular Levin (who was helped to flee the country after the arrests of the perpetrators) lighter charge against Manher (and Levin, although the latter was already in hiding) and Vladyslav Manher, Head of the Kherson Regional Council.  The latter is accused of having commissioned the attack, a charge which he denies (more details about the charges and Trepak’s revelations here).

Suspicion as to the commitment within law enforcement bodies to really solving the crime was not allayed by an early inexplicable  mistake in timing.  There are legitimate time restrictions on how long a pre-trial investigation can last from when the charges are laid.  In this case, however, charges had been laid initially against the wrong person, so there could be no justification in starting the clock ticking then, rather than when the now convicted perpetrators were actually arrested.  It was due to this discrepancy that there had been a real danger that the criminal investigation covering both Levin and Manher, which had been suspended while Levin was in hiding, would be forced to end on 2 April.  There would have, therefore, been no time to carry it out properly.  It had seemed a final victory when the Pechersky District Court in Kyiv agreed on 25 March to extend the investigation for the required four months.

Confidence that the investigation really was progressing has now been seriously shaken.  The following are the comments which Viktor Handziuk posted on 27 March.

“Volodymyr Zelensky, the fact that the new Prosecutor General Venediktova is beginning her path in the post with lies about the case over the murder of my daughter, Kateryna Handziuk is an overt disgrace about which I do not plan to remain silent.

Why should I be silent when all day I have been reading the delighted posts from the lawyers representing Manher, a man who is officially suspected of organizing Katya’s murder?

Why should I be silent when I read the Prosecutor General’s lies about not having taken the case from the prosecutor who has, all this time, been probing the Kherson criminal world and has finally done something decent in Katya’s case?

Why should I be silent when I read the Prosecutor General’s lies about not having taken the case away if I have seen the official document that Venediktova has appointed a new person to be in charge of this case?

Why should I be silent when I have already said that the prosecutors have little time as it is and need to hurry since with every day and month the chances of justice are melting like arctic icebergs from global warming?

Why should I be silent  if it is obvious that the new person in charge will simply not have time to come to grips with the hundreds of names of the criminal organized gang which has for years killed people in the Kherson oblast?

Why should I be silent if you personally promised me a result and now your protégé has in one day made that result unattainable for yet another month ahead?

Why should I be silent when the prosecutor who for the first time seriously set about this case and returned to Ukraine the criminal gang leader Moskal (i.e. Levin) and wrote out the charges against him, when that prosecutor has resigned?

I’m only tormented by one question. Why have you been silent all day?  Why do you tolerate this travesty?  Why do you not care that your new Prosecutor General is beginning to axe the case over the murder of my daughter?

Why are you silent when the new Prosecutor General is not at all interested in the fate of dozens of other activists who have suffered dozens of other attacks?  And Serhiy Sternenko is directly told that instead of an investigation into the three attacks on him, he should get read for prison/  What is going on? And will you later put me in prison because I’m not silent.