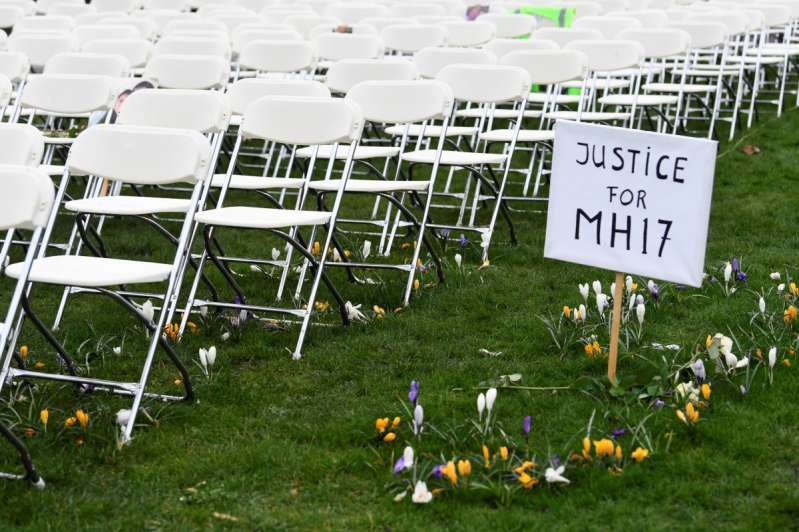 6 years after a Russian BUK missile downed Malaysian airliner MH17, killing 298 passengers and crew, Russia is still pushing ‘alternative versions’ to deny its involvement, while also continuing its unrelenting flow of weapons of death to its proxy ‘republics’ in Donbas.  When Russia uses the cover of night and dirt roads away from official border crossings to send military trucks to and from Ukrainian territory, there seems little scope for doubt as to what it is seeking to hide, but less hard evidence.

The reason is bitterly clear.  A passenger airliner travelling from the Netherlands was downed on 17 July 2014, killing 298 people, including 80 children.  Although Russian state media quoted the militants boasting that they had downed a Ukrainian military plane,  the passenger airliner had been flying too high for any but sophisticated surface to air missile.  Despite maximum obstruction from the militants, and from Russia which used its power of veto in the UN Security Council to block an official UN investigation, it was inevitable that the countries whose passengers had been killed would ensure that the truth was established.

Over the last two years, the Joint Investigative Team and Dutch Prosecutor have reported findings that are totally damning for Russia.  Back in May 2018, JIT concluded that “the Buk missile which downed Malaysian airliner MH17 on 17 July 2014 came from the 53rd Anti-Aircraft Missile brigade which is a unit of the Russian army from Kursk in the Russian Federation”.

JIT announced on 19 June 2019 that it was planning the trial of the first four MH17 suspects – three of them officially former Russian military intelligence [GRU] or FSB officers.  While neither the three (Igor Girkin; Sergei Dubinsky and Oleg Pulatov) nor a Ukrainian militant Leonid Kharchenko were suspected of actually firing the missile, the investigators stated that the chain of command to Russia provided by the four men was believed to have played a direct role in getting the Buk missile launcher to Ukraine and the subsequent tragedy.

In what was officially a ‘call for witnesses’ in November 2019, JIT published a huge amount of very incriminating evidence, suggesting direct high-level Russian links with the militants controlling the territory.  Intercepted telephone calls and witness statements already gathered demonstrated “that Russian influence on the DPR went beyond military support and that the ties between Russian officials and DPR-leaders appear closer”.

JIT said it had been told by several former DPR fighters that “the Russian security service FSB and the military intelligence service GRU were involved in the daily management of the DPR. One of the witnesses stated that DPR leaders regularly went to Moscow to consult with their contacts at the FSB and GRU.”  The investigators noted that “intercepted phone calls also seem to show the involvement of Russian security services, working side by side in directing the DPR.”

The trial of the above-mentioned four men began in March this year, however there was a long break due to the pandemic.  The first few days of the hearings in March revealed that one of the witnesses, whose identity was allowed to be concealed, “has stated that Russian military personnel, whom the DPR fighters said were from the FSB, were with the Buk TELAR at the launch site”.

Damning evidence was not just confined to witnesses, but found in intercepted phone calls which exposed “various forms of involvement on the part of the GRU and FSB in the armed conflict in eastern Ukraine”.

The prosecution named “clear indications that Russian security services are actively attempting to disrupt efforts to establish the truth behind the shooting down of flight MH17”, including the involvement of Russian GRU agents in hacking attacks against both the Dutch Safety Board during its investigation of the MH17 crash and of the Malaysian investigative and prosecution authorities.

One of the other methods was doubtless Russia’s moves to get Volodymyr Tsemakh, an important MH17 witness (and possible suspect) away from Ukraine and the Dutch prosecutor.

None of the defendants were willing to be tried in person, however Pulatov does have Dutch lawyers.  The latter have acknowledged that they do not know who is paying them, and it does seem unlikely that it is Pulatov himself who either decided on lawyers or is paying them.  The advantage of having defence lawyers was seen at the last hearing on 3 July, when the court in the Hague agreed to the defence’s request for alternative theories about the disaster to be investigated.  The prosecution is convinced that it has investigated and eliminated all such ‘alternative theories’, including some where they accuse Moscow of manipulating evidence.  Nonetheless the court agreed that defence lawyers and experts should be given access to the partial wreckage of the plane and that the defence submit a report on their findings.

It seems extremely unlikely that this will do anything more than simply delay the proceedings, however Russia has been assiduously pushing the idea that there are alternative explanations since July 2014, and any such decisions will receive maximum attention from the state-controlled media.

There have already been individual applications to the European Court of Human Rights against Russia over MH17, and on 10 July the Netherlands announced that it was bringing Russia before ECHR in an inter-State application.  The official report said that the contents of the inter-State application would also be incorporated into the Netherlands’ intervention in the individual applications submitted by the victims’ families. and that this would provide the latter with maximum support.

All of these legal measures are vital, but take a very long time.  With any Russian suspects protected from justice while on Russian territory, and with Moscow using economic and political levers, as well as its information war arsenal, it is not clear who, if anybody, will answer for MH17.   Russia is, at least, exposed through all the incriminating information revealed by the investigators and Dutch prosecutor.

The crimes since MH17 have seldom received world headlines, and, for that reason, remain for most of the international community at the level of “Kyiv says, Moscow denies” reports.  It seems to have been only Polish television back in August 2014 that gave damning coverage to the columns of Russian military trucks, some clearly carrying military hardware and men, heading towards the uncontrolled part of the border with Ukraine and not returning.

One of the strongest indications of how Russia is transporting weapons into Ukraine comes from the OSCE Special Monitoring Mission.  They have on numerous occasions reported that their drones (or long-range unmanned aerial vehicles) have spotted Russian military trucks travelling near the Russian-Ukrainian border, by night, on dirt roads in places where there are no border crossings.  On several occasions, for example, on 27 October 2018, a UAV was first jammed, and then brought down, after it spotted a Russian military weapon system, as well as “a convoy of seven trucks on a dirt road near the border with the Russian Federation where there are no border crossing facilities”.  Where drones are actually shot down, international reaction will be forthcoming.  Unfortunately, most of the time, the critical words about night travels on dirt roads are tucked away in the OSCE SMM reports and get scarcely a mention.

This is despite the fact that, for example, the sighting near the border between Russia and the Donetsk oblast during the night from 10-11 July has coincided with a major escalation in violence and a number of Ukrainian soldiers killed or badly injured.  Details of other sightings can be found here   Russia is using night, dirt roads and the lack of official border crossings to bring weapons of death in secret.  There is no good reason for allowing it to succeed.