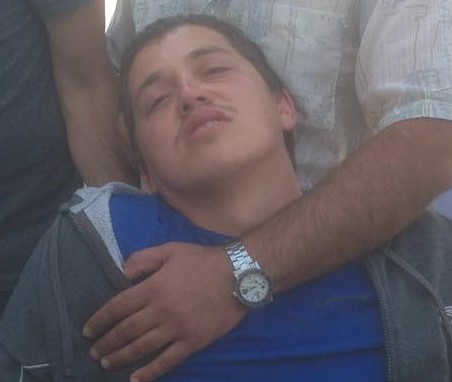 Vladimir Putin has signed into force a law which seems clearly aimed at silencing all voices reporting on the torture, falsifications, provocations and other violations committed by Russian FSB or security service bodies in occupied Crimea or Russia

Russian President Vladimir Putin has signed into force a law which seems clearly aimed at silencing all voices reporting on the activities of Russia’s FSB [Federal Security Service], which includes enforcement officers, special operations troops, border guards and others.  It is an open secret that the FSB in occupied Crimea, as well as in Russia, use torture to extract ‘confessions’; fabricate evidence and use other illegal methods for political and religious persecution.  This will now presumably be dubbed a ‘professional secret’, that current and former FSB employees are prohibited from divulging, and which the media are likely to be frightened to report.

The changes are to the Law on the FSB, with this now specifically stating (in a new Article 6) that military servicemen and civilian employees of FSB bodies, as well as those dismissed from them must “maintain confidentiality of information on the activities of the FSB containing professional secrets”.

All that is revealed about what such ‘professional secrets’ entail is that they do not contain state secrets or other information protected by law.  The wording is so vague that any employee or ex-employee would surely understand that they should give no information, except that provided in official press releases, without the permission of their management.  Dmitry Vyatkin, one of the ruling ‘United Russia’ party authors of the bill, claims that a list of such ‘professional information’ will be drawn up by the FSB Director, though it is not at all clear that this would be made public.

The law now protects as protected ‘professional information’ anything that “can pose a threat to the personal security of FSB agencies and / or damage their reputation”.

Reporting that the FSB are using torture and threats of arrest to extract false testimony about Crimean Tatar political prisoners certainly does the FSB’s reputation no good, but the reports are true.  With this new law in place, the fact that the violations are committed will become largely irrelevant if those revealing this are likely to themselves face prosecution for telling the truth.  In occupied Crimea, Ruslan Bekirov is currently facing criminal charges for having refused to give false testimony and having revealed the torture that the FSB initially used to extract his signature to such testimony.  The charge in his case is of having given false testimony – not when he signed the document under torture, but when he found the courage during the trial of political prisoner Enver Seytosmanov to say so and when he lodged a formal complaint against the FSB.  With the public prosecutor and courts never daring to buck the FSB, Bekirov may well end up convicted.

On 13  2017, Crimean Tatar father of four, Rinat Paralamov, was seized after men in masks burst into the family home and carried out something that they called ‘an inspection’.  Paralamov  was taken away and throughout that day every police and FSB office in Crimea denied any knowledge of his whereabouts.   The following afternoon, the FSB simply dumped Paralamov at a coach station in an appalling state, following the beatings and other torture he had been subjected to. It is typical of Crimea under Russian occupation that the first two hospitals refused to admit Paralamov although he was clearly needing urgent care.  It is unfortunately quite possible that Paralamov’s life was saved by the huge public response making it impossible for the FSB to simply organize his ‘disappearance’.  The de facto military prosecutor refused to initiate criminal proceedings against the FSB officers who had abducted and tortured him, with  criminal investigations instead launched against the victim who had refused to remain silent about the FSB’s treatment of him.  Paralamov himself showed enormous courage, although some of the details he revealed only after he had been able to get his family safely to mainland Ukraine.

It is harder for the FSB to deny abuses when the information comes from within and this is doubtless the reason for the new law.  Gennady Gudkov, an opposition politician and a retired FSB officer, called the bill “an attempt at total censorship”.  He notes that the FSB are terrified of criticism which they clearly deserve for their falsifications, provocation and failed cases.  He believes that the real reason for the amendments is that there is dissatisfaction with the management from some FSB officers.  The latter are resigning, and talking about why, “about how the FSB has become an octopus, commanding the prosecutor’s office, the investigation, the courts, and is taking over all parts of the security system”.

Mikhail Fedotov, former head of the President’s Human Rights Council, warns that, as well as the lack of legal certainty, there is also a dangerous omission.  At present, the law on state secrets clearly prohibits information about violations of the law from being classified as secret. “Since the new law stipulates that professional secrets do not constitute state secrets, you end up with it being possible for information about violations of the law to be protected as professional secrets”.

Media lawyer Fyodor Kravchenko says that the new amendments create “an information Iron Curtain, cutting the media and public off from facts whose divulgence the FSB fears or would be ashamed of”.  This is an extremely dangerous precedent since obviously the information most damaging to the FSB is that pertaining to its violations of the law and of human rights.

This is exactly the information that the public need to know.

In their present form, the amendments appear aimed at deterrence, and do not stipulate particular punishments, although according to Vyatkin this is now under discussion.

Although the law purportedly does not concern the media, this seems very much in theory only.  Kravchenko points out, for example, that Article 4 of the Law on the Media allows Roskomnadzor, Russia’s effector censor, to issue a warning to a specific media channel or publication over the divulgence of any protected information with this including the ‘professional secrets’ referred to in the new law.  A second such warning within the space of a year would enable Roskomnadzor to apply to the court to have the media’s activities terminated.   This is easily enough of a threat to force most media into silence, especially when the law is so vague and it is essentially the FSB management itself that will determine whether information about their systematic violations of the law and fundamental human rights constitute ‘professional secrets’.