Tortured and jailed or killed for the Ukrainian Flag and for supporting Ukraine in occupied DonbasWhy expel Russians ‘planning crimes for the Kremlin’ when Russia holds so many Ukrainian political prisoners?Prisoner exchange leaves most Donbas hostages in captivity and makes journalists suspiciousDesperate plea to Zelensky from relatives of hostages once again forgottenRussian-controlled Donbas militants finally free severely disabled pensioner but not her invalid son
• Topics / The right to liberty and security 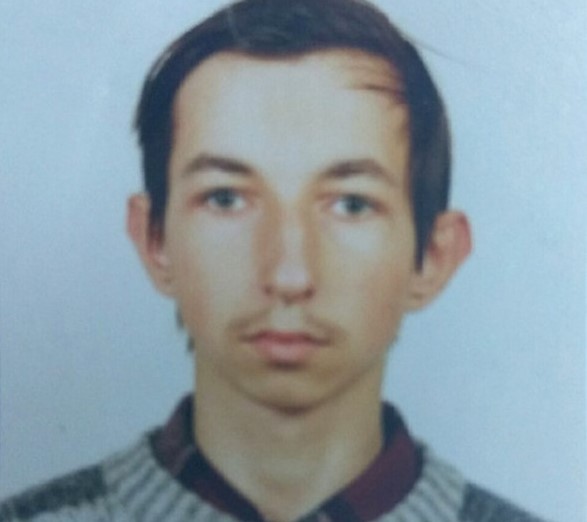 It is over three years since Oleksandr Shelest’s parents last saw their son and with  Russia and its proxy Donbas ‘republics’ blocking the release of hostages to maximise pressure on Kyiv, it is not clear when the young man will finally be released.

Shelest is a lecturer in information technology at the Donetsk National Technical University.  He was taken from the home in Donetsk that he shared with his mother on 13 September 2017 by men who initially did not identify themselves, and merely asked Shelest to come down to their car, saying they needed him to recognize somebody.  What this was about is unclear, but the men returned, seized all technology and ‘arrested’ Shelest.

The Media Initiative for Human Rights has spoken with Oleh Halaziuk, the blogger held prisoner for two years by the Russian-controlled militants for writing about the downing by a Russian BUK missile over militant-controlled Donbas of passenger airliner MH17 and for calling the so-called ‘republics’ occupied territory. Halaziuk was finally released in December 2019, but not Shelest who had for some time been held in the same cell with him.

Halaziuk explains that the militants considered Shelest to be bringing parcels from Pokrovsk to occupied Donets,  They then seemingly found photos of militants and of military technology on his telephone.  Near Shelest’s university, there was both a hostel where fighters were living and a ‘military unit’.  Shelest had also repaired computer equipment at the Kalinin Hospital where militants were being treated.

Shelest was held for some time in a detention unit from where he was taken ‘for interrogation’, with the use of electric shocks.  According to Halaziuk, the militants tied him to a table, attaching electric currents, but did not turn them on since Shelest agreed to ‘confess’ to all the militants’ charges.

On 17 May, 2019, Shelest was ‘sentenced’ by the unrecognized ‘republic’ to 11 years’ imprisonment for supposed ‘spying’.  He has been held since then at Prison Colony No. 32 in Makiyivka, where several other hostages accused of such ‘political’ charges are also imprisoned.

It is not clear why Shelest has yet to be placed on the exchange list, but, as mentioned, there is also little progress at present on organizing any exchanges.  Russia is using the militants and intransigence on the subject as a weapon in trying to force Kyiv to agree to fake ‘elections’ in occupied Donbas, without withdrawal of militants and military technology, and without Ukraine regaining control over a vast part of the Ukrainian-Russian border.

Full details can await Shelest’s release, and priority now must be to ensure maximum publicity in order that Shelest is placed on the exchange list and freed.  The militants have already ‘sentenced’ a huge number of Ukrainians to long sentences, without any semblance of a real justice sentence and with the hostages’ right to a fair trial gravely violated.  Those currently serving horrific sentences for so-called ‘spying ‘ include people seized for writing truthfully about the militants, especially on Twitter.  40-year-old Marina Yurchak, for example, angered the militants by referring to their vehicles as ‘orc-mobiles’ and was not afraid to write on Twitter where shelling was coming from and the direction in which military technology was being transported.  55-year-old neuropathologist Yuri Shapovalov was also savagely tortured and ‘sentenced’ to 13 years for ‘destabilizing the situation’ in DPR through his pro-Ukrainian position and honesty on Twitter.  The same is almost true of Pavlo Podvezko;, and others.  Valery Matyushenko and Olena Fedoruk  are both from Kalmiuske (formerly Komsomolske), a city 50 kilometres south of Donetsk and Ilovaisk and only just over 30 kilometres from the border with Russia.  According to Matyushenko’s wife, Tetyana, much of the shelling they experienced in 2014 came from across the border and after the battle for Ilovaisk at the end of August 2014, when Russian military were heavily deployed for the first time, the Russian military brought themselves and their technology to Kalmiuske which became a closed city.

Since 2014, Russia has been denying its presence and controlling role in the conflict in Donbas.  Via the militants it uses savage measures against those who reveal details, whether on Twitter or though other channels, about Russian military being treated in Donbas hospitals; Russian tanks and other military technology, etc.  There are also some very young hostages, like Bohdan Maksymenko and Bohdan Kovalchuk who have been imprisoned for a very long time, almost certainly for their pro-Ukrainian views.

See also: Tortured and jailed or killed for the Ukrainian Flag and for supporting Ukraine in occupied Donbas