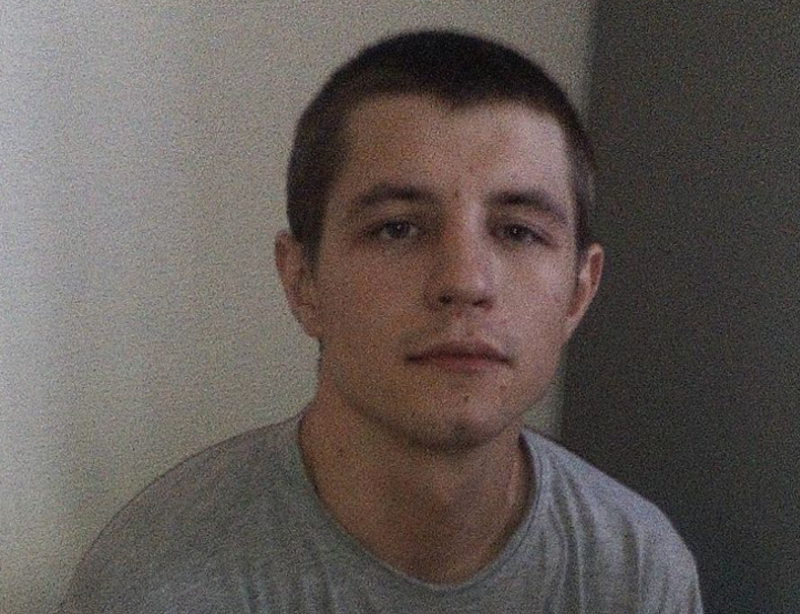 The Russian prison authorities have thrown Andriy Kolomiyets into the appalling conditions of a SHIZO, or punishment cell for the second time this month, with both 10-day sentences on absurd pretexts.  Kolomiyets is one of two Ukrainians who were tortured and imprisoned by Russian-controlled courts on preposterous charges linked with their involvement in the Euromaidan protests, and Russia’s revenge appears to be continuing with the young Ukrainian’s treatment in Russian captivity.

According to Kolomiyets’ wife, Galina, the new 10-day term in a punishment cell is because, due to backpain, Kolomiyets had leaned against the wall and dozed.  Several other prisoners were also dozing, yet the prison staff who burst in photographed only Kolomiyets and immediately issued a protocol against him. Galina is convinced that the authorities are based against him, and notes that the previous 10-day term, imposed on 19 March, was also on a flimsy pretext.

Kolomiyets is not the only Ukrainian political prisoner who is being subjected to particularly bad treatment in Russian prison colonies.  Teymur Abdullayev has spent virtually all of the last year in a SHIZO.  According to his lawyer, Emil Kurbedinov, the Crimean Tatar political prisoner is receiving particularly bad treatment because he has rejected attempts by FSB to get him to collaborate by giving false testimony against other Crimean Tatars.  Valentin Vyhivsky was  abducted from Crimea in September 2014, tortured by the FSB during many months held incommunicado and then sentenced to 11 years on mystery ‘spying’ charges.  The FSB clearly have even more to hide since Vyhvisky has been held virtually all these years in solitary confinement.

Ukrainian citizens who have committed no crime are already deprived of their freedom, yet are in addition being held in conditions that are tantamount to torture.

It is quite likely that the FSB targeted Vyhivsky and several other Ukrainians because of their pro-Ukrainian views and / or their involvement in the Revolution of Dignity (Euromaidan).  In two surreal cases, however, Russia has violated its own legislation and fundamental principles of law by convicting Ukrainians of unprovable crimes allegedly committed against other Ukrainian citizens in the capital of Ukraine during Euromaidan.  Both Kostenko and Kolomiyets were savagely tortured by their captors, and then subjected to profoundly flawed ‘trials’ in Russian-occupied Crimea. Kostenko was released in July 2018 after having served to the very last day a 3.5 year prison sentence that Russia had had no conceivable right to impose.

Kolomiyets remains imprisoned, serving a shocking 10-year sentence. Unlike Kostenko who was at least from Crimea, the young man is from Kyiv oblast.  He was just 22 when arrested on 15 May 2015 in the Northern Caucuses where he was living with Galina and her four children.

It is telling that when the Russian police turned up on 15 May, the first thing they said to Galina was that Kolomiyets was a Maidan activist.  During the search, they ‘found’ a small package with some hashish in her ex-husband’s safe.  Whether or not the hashish was there before the officers arrived, testimony was presented to the court which confirmed that Kolomiyets had not had any access to the safe.   A new story, as implausible as the first, was concocted as the pretext for arresting Kolomiyets, however it was very clearly the link with Maidan that prompted his prosecution.   He was soon taken to occupied Crimea where, like Kostenko, he was charged with a ludicrously implausible ‘offence’, on the basis of ‘testimony’ from ex-Berkut officers.

It was claimed that Kolomiyets had thrown a Molotov cocktail at two Berkut officers, with this having allegedly ‘caused them pain’.  Enough ‘pain’ to allow them in court to claim that they remembered Kolomiyets, though not enough for them to have reported it to anybody at the time.  The prosecution was under Article 30 § 3 and 105 § 2 of the Russian Criminal Code, namely “attempted murder of 2 or more people in connection with their official activities, out of motives of political and ideological hatred”.

Despite the lawlessness and idiocy of the indictment, he was sentenced by a Russian-controlled court in Simferopol on 10 June 2016 to 10 years’ imprisonment: six years for the alleged ‘attack’ on the two ex-Berkut turncoats (Article 105 of the Russian criminal code), and four for the supposed possession of hashish (Article 228).

The sentence was upheld on October 27 by the de facto Crimean High Court under ‘judge’ Halyna Redko who had already taken part in at least one other politically-motivated trial since betraying her oath to Ukraine.

Kolomiyets has given harrowing, though unfortunately, familiar, details of the torture he was subjected to, including electric shocks and asphyxiation, to force him to ‘confess’ to invented crimes.  He had provided such information from the outset, but the ‘lawyers’ provided by the supposed investigators during the first months did not want to know.

The renowned Memorial Human Rights Centre declared Kolomiyets a political prisoner on 17 July 2016. It demolished the narcotics charges against the young man, while stating simply that the main indictment was grotesque since a court under Russian legislation could have no jurisdiction over events allegedly taking place between Ukrainian nationals in Ukraine.

Please write to Andriy Kolomiyets!  If possible, also to Teymur Abdullayev and Valentin Vyhivsky - their addresses can be found by clicking on the hyperlinks above.

The letters are a lifeline for him and an important message to Moscow that it is being watched and that Andriy is not forgotten.

The letters need to be in Russian and on ‘safe’ subjects (no politics; no discussion of his case, of Kremlin persecution, etc.)  If it is a problem to write in Russia, you could simply copy-paste the letter below, maybe with a photo or picture.

Or in English (possible for the envelope)