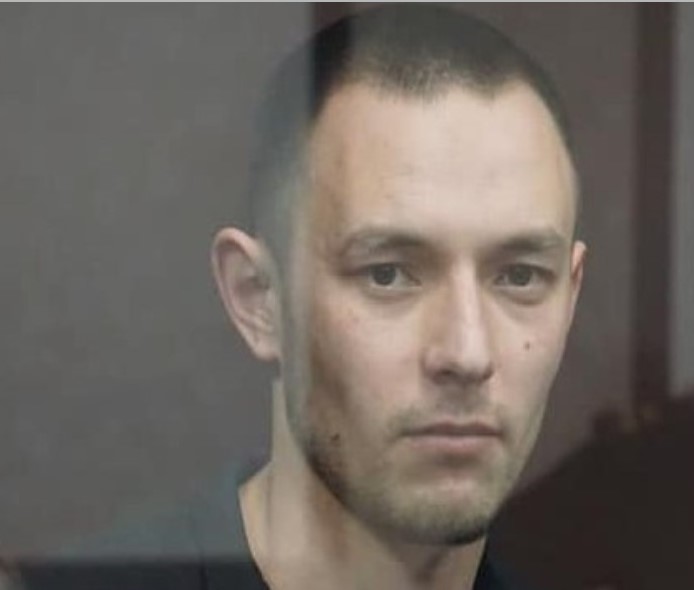 Almost exactly two years after Rayim Aivazov was seized by FSB officers and tortured, one of his abductors has appeared at the civic activist’s ‘trial’ as witness for the prosecution.  Both the prosecutor and the judges are doubtless aware that Aivazov’s account is true, since they blocked the defence’s legitimate application for crucial information from that night from 16-17 April 2019 to be obtained.  They are also continuing to use the ‘testimony’ tortured out of him against him and fellow defendants although Aivazov retracted it as soon as he was allowed to see a lawyer.

Aivazov is one of 25 Crimean Tatar civic activists and journalists arrested on 27 March 2019 or soon afterwards.  The arrests received international condemnation for Russia’s cynical use of ‘terrorism’ charges against men taking a civic stand and defending victims of repression.

Aivazov was targeted slightly later, however his case stands out also because of the torture he was subjected to and theft of an important piece of evidence. Aivazov was returning home from mainland Ukraine late on 16 April 2019.  He had with him the IPhone 7 that he had received for his birthday in January and wrote a text message to his wife from the illegal Russian checkpoint into occupied Crimea, saying that he seemed to be waiting too long.  That was the last contact his family had with him until the following afternoon when he was able to briefly call his sister and say he was in FSB custody.   The phone ‘disappeared’ after that last text message.  The first FSB ‘investigator’, Sergei Makhnev claimed that no telephone had been removed during the arrest.  While there may well have been an element of banal theft in this, more is involved. The check sought by the defence into calls, text messages, etc. would serve to corroborate Aivazov’s account and implicate his FSB captors and would further undermine the prosecution’s insistence on using testimony against all the men which Aivazov has said that he gave under torture.  All of this is, presumably, why the prosecutor and judges have collaborated to prevent such revelations.

During the same hearing on 19 April 2021, Aivazov recognized FSB officer and prosecution witness Renat Valiulin as one of the men who took part in his ‘detention’ at the Armyansk checkpoint and subsequent torture. Valiulin initially denied this, claiming that he had never seen Aivazov before. Later, however, he admitted that he had detained the civic activist.  He asserted that he had taken him to the FSB office in Simferopol, together with his personal items, and that there had been no stops along the way.

As soon as Maria Eismont was able to first see her client, Aivazov told her that he had been held by the FSB for 10 hours before the time of detention officially recorded.  During that period, he says, the men took him to a forest by car and subjected him to fake executions, as well as other forms of torture and immense psychological pressure to sign false ‘testimony’ against himself and the other men detained.

Aivazov formally retracted this testimony and spoke of the illegal methods used to extract it.  It was after this, and with Eismont as witness, that the civic activist was first warned that he would “in that case” face the harsher of the charges brought against the 25 men.

All are accused of supposed ‘involvement’ in the peaceful Hizb ut-Tahrir party which is legal in Ukraine, but which Russia has labelled ‘terrorist’ without providing any explanation. On the basis solely of a secretive ruling by Russia’s Supreme Court in 2003 declaring Hizb ut-Tahrir and 13 other organizations ‘terrorist’, the FSB are getting men who have committed absolutely no crime sentenced to 20 or 25 years, and thus produce good statistics for ‘fighting terrorism’.

In all such ‘Hizb ut-Tahrir cases’, at least one person is charged with ‘organizing’ a Hizb ut-Tahrir group, under Article 205.5 § 1 of Russia’s criminal code, with this carrying a sentence of up to life imprisonment.  Others are accused only of ‘involvement’ in an alleged group, under Article 205.5 § 2 .  This also carries a sentence of  10-20 years’ imprisonment, although here a little flexibility seems to be tolerated (with some Crimean Tatars having received lower sentences).  In none of the cases, is any actual crime required, nor indeed any real proof of involvement in Hizb ut-Tahrir.

Aivazov was initially charged under Article 205.5 § 2 however, in August 2020, as threatened, this was changed to the more serious charge, carrying a likely sentence of up to 20 years for entirely fictitious ‘terrorism’.  He and all the other men are also accused, by the aggressor state which invaded and is continuing to illegally occupy  Crimea, of also “planning a violent seizure of power and change in Russia’s constitutional order” (Article 278).  Here too, there are no grounds for the charges, but they guarantee an even longer sentence.

Now 27, Aivazov and his wife, Mavile have two small daughters – 3-year-old Ayat and little Amaliya, who was born after her father’s arrest.

Since 2016, the FSB have been using ‘Hizb ut-Tahrir’ charges in occupied Crimea as a weapon of repression, especially against civic journalists and activists from the Crimean Solidarity civic initiative.   The arrests were condemned by Human Rights Watch who stated that “the sweeping arrests in Crimea aim to portray politically active Crimean Tatars as terrorists as a way to silence them”.  All of the men were recognized almost immediately as political prisoners by the Memorial Human Rights Centre, and their release has been demanded by, among others, the European Parliament and US State Department.

It was almost certainly because the arrests were internationally recognized and condemned as an attack on civic journalists and activists that Russia decided to divide them up into five cloned ‘trials’, all of them with identical charges, the same ‘secret witnesses’ and other flawed evidence.

The ‘trial’ now underway at the same Southern District Military Court in Rostov-on-Don used for most of Russia’s political trials of Crimean Tatar and other Ukrainian political prisoners is under presiding judge Oleg Volkov, together with Vitaly Mamedov and Magomedbasir Shuyapov.