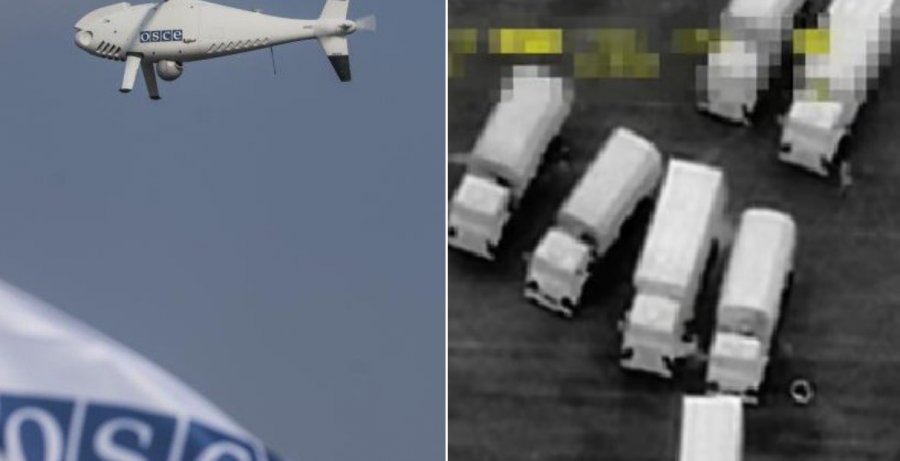 After only ever agreeing to the most limited of scrutiny, Moscow is trying to force the end of any OSCE monitoring of the border between Russia and occupied Donbas.  The move is in clear breach of the Minsk Agreement and significantly increases the danger of a serious escalation in eastern Ukraine..

The limited scope which Russia was earlier prepared to allow the Organization for Security and Cooperation in Europe [OSCE]’s was delineated in its title – the OSCE Observer Mission at Russian Checkpoints Gukovo and [Russian] Donetsk.  That mission had, until recently, been extended every four months since 2014 without any problem.  Russia has clearly been planning to put an end to even this monitoring of its actions for some time and since May, the mission has only been extended (twice) for two months.  It became clear on 2 September 2021, that Russia is now threatening to stop the renewal of the Mission’s mandate which is due to end on 30 September.

The US Chargé d’Affaires Courtney E. Austrian reminded the OSCE Permanent Council on 2 September  “that Russia signed the Minsk Protocols in 2014, which contain the text guaranteeing “permanent monitoring on the Ukrainian Russian state border and verification by the OSCE.”   Its current objections, she added, looked like “the latest in a long line of broken promises”.  While the scope of the Mission is limited, she asserted that there has been general agreement that “it plays a valuable role as a confidence building measure and guarantee of transparency”.

While it can be disputed how valuable such an extremely restricted oversight can be, the fact that Russia is blocking even this is very disturbing, especially since Russia and the proxy forces that it finances and controls in the so-called ‘Luhansk and Donetsk people’s republics’ [L-DPR] are also constantly blocking the work of the OSCE’s  drones used by the OSCE Special Monitoring Mission [SMM].

News of Donbas spoke with Ukraine’s Representative at the Permanent Council, Yevhen Tsymbaliuk.  He calls the decision yet another confirmation of the Russian leadership’s sabotage of the Minsk Accords, and says that there is danger of new provocation and escalation of the conflict, especially given that the decision has been announced on the eve of new ‘Zapad 2021’ military exercises.

Tsymbaliuk also mentions Russia’s attempts to disrupt effective monitoring by the OSCE SMM, such as the use of radio interference to block drones, the blocking of observers from visiting various sites, including at the border, and extra restrictions placed with the pandemic used as pretext.  “That is, Russia is doing everything to ‘blind’ the OSCE Mission”.   If you take both the above-listed obstruction and the threat to the continuation of the Border Mission, he says, “this is a comprehensive tactic for concealing illegal military activities on occupied territory”.

Tsymbaliuk points out that, even though Russia heavily restricted the Mission to 2 out of 11 border crossings, it was still possible over the last 7 years to record the movement across the border of about 40 thousand people in military uniform.  If you extrapolate from that to the entire stretch of border not under Ukrainian government control, you can get an approximate idea of the scale of Russia’s illegal military activities.  It is clear, he adds, that this is an irritant for the Russian regime.

The OSCE Border Observer Mission was created in July 2014 with a mandate really only to monitor 40 metres of the border area, namely the two Russian checkpoints at Gukovo and Donetsk.  It was Russia that seriously narrowed the Mission’s scope to two official checkpoints where Russia was least likely to send soldiers, military hardware and ammunition across the border (see: Russian tanks entering Ukraine that the OSCE is mandated to miss).

The reasons for Russia’s interference with SMM drones is very clear.  These drones (or long-range unmanned aerial vehicles) have on many occasions spotted Russian military trucks travelling near the Russian-Ukrainian border, by night, on dirt roads in places where there are no border crossings.  Several times, for example, on 27 October 2018, a UAV was first jammed, and then brought down, after it spotted a Russian military weapon system, as well as “a convoy of seven trucks on a dirt road near the border with the Russian Federation where there are no border crossing facilities”.  Unfortunately, there is generally only international reaction if drones are actually shot down, while the critical words about Russian military trucks travelling by cover of night, along dirt roads, are easily overlooked in the fairly dry and detailed reports from the OSCE SMM.  This is despite the fact that, for example, the sighting near the border between Russia and the Donetsk oblast during the night from 10-11 July 2020  coincided with a major escalation in violence and a number of Ukrainian soldiers killed or badly injured.  Details of some of the other sightings can be found here