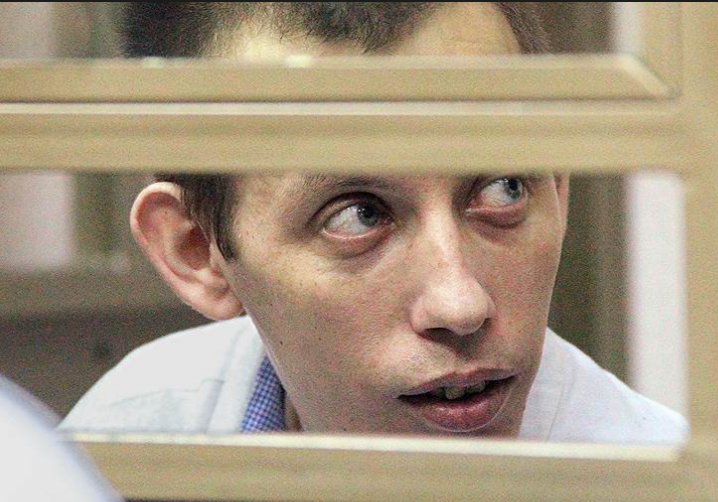 Ruslan Zeytullaev has been in Russian captivity since 23 January 2015, making him one of the ‘oldest’ of Russia’s Ukrainian political prisoners.  His case stands out, both because of the relentless cynicism with which the Russian FSB got the huge sentence that they had demanded, and because the case involving him and three other men was almost certainly ‘a test run’ for what has now become one of the most systematic methods of persecution of Crimean Tatars in occupied Crimea.

Ruslan Zeytullaev is 34, and a builder by trade. He and his wife Meryem have three small daughters -  Sabriye (10),  Mumine (8), and Nuriye (6), and he was also an active member of the local Muslim community.

He was arrested on 23 January, together with Rustem Vaitov and Nuri (Yuri) Primov, with whom he was building a house.  A fourth man, Ferat Saifullaev was arrested in April 2015.

Zeytullaev was charged with ‘organizing a terrorist organization’, and the other men – of involvement in it.  The vast majority of people, reading that, will read no further, which is doubtless one of the aims of Russia’s most cynical ‘conveyor belt of repression’.

There is no ‘terrorist organization’, and the charges are based solely on (unproven) allegations of involvement in Hizb ut-Tahrir, a peaceful pan-Islamist movement which is legal in Ukraine.  Russia’s Supreme Court declared it ‘terrorist’ during a secretive hearing in 2003, without providing any reason.  Since 2014, possibly because of Russia’s mounting aggression against Ukraine and need for a supposed ‘terrorist threat’ that the FSB was purportedly fighting, it has been imprisoning people for up to 25 years, merely for such unproven ‘involvement’ in an organization which is not known to have committed an act of terrorism anywhere in the world,

Not one of the men was accused of an actual crime, only of ‘involvement’ in Hizb ut-Tahrir, which Russia has never justified its persecution of.

The only possible ‘evidence’ was thus proof that the men were currently members of Hizb ut-Tahrir, and even this was lacking.   There was, essentially, only one illicitly taped ‘kitchen discussion’ in which the men discussed what would, theoretically, be a good world order.

The FSB regularly simplifies its workload by using ‘secret witnesses’, whose identity is not even divulged to the defence who have thus no means of verifying the person’s testimony.  In this case, the ‘secret witness’ spoke with long hesitation from a separate room with the breaks clearly being used for somebody to prompt him on what to answer.  Even then his answers were confused and contradictory.

That ‘witness’ was doubtless brought in after the prosecution’s ‘witnesses’ proved a disaster.  There was Alexander Kozhemyaka, a former Ukrainian SBU officer who switched allegiance after Russia’s invasion and now works for the FSB.  He is known to have been involved in a dodgy land dispute involving Zeitullayev and Saifullayev, in which the court decided in the latter’s favour.

The other witnesses almost all retracted testimony they had allegedly given or denied having said what was asserted of them.

Sentences and then two retries

The men’s ‘trial’ took place in the North Caucuses Military Court in Rostov-on-Don, which had already become notorious for its politically motivated sentences against Ukrainian filmmaker Oleg Sentsov and civic activist Oleksandr Kolchenko.

For the announcement of the verdict on 7 September 2016, the men arrived in court wearing T-shirts with signs reading: “Crimean Tatars”; “Yet again banned”; “The show is over” and “The order carried out [as commissioned]”.  As they entered the glass cage, each man put tape over his mouth.

Since the rightful outcome, namely full acquittal, was never really an option in a Russian court, the result of that first trial was better than could have been expected.   The court convicted Nuri Primov, Rustem Vaitov and Ferat Saifullayev of taking part in Hizb ut-Tahrir (Article 205.1 § 2), but handed down the minimum 5-year sentence against the 7-8 years demanded by the prosecutor.  It also changed the charge against Zeytullaev from ‘organizing’ a Hizb ut-Tahrir group under Article 205.1 § 1 of the Russian criminal code) to the same Article 205.1 § 2 as the other men.  He was sentenced to 7 years, rather than the 17 years demanded by the prosecutor.

The FSB’s ‘Hizb ut-Tahrir cases’ are essentially template prosecutions which require minimal effort and are known to bring bonuses or promotion to the FSB officers involved.  The template, however, requires ‘an organizer’, and the court ruling had found none.

The verdict in Zeytullaev’s case was promptly appealed by the prosecutor with the supposed ‘retrial’ a re-hash of the first flawed trial, but with the judges aware that a new sentence was ‘required’.  This was, unfortunately, provided on April 27, 2017.  The second panel of judges at the same Rostov court sentenced Zeytullaev to 12 years, which was still five years less than the sentence demanded by the prosecutor.  The latter, almost certainly under pressure from the FSB, appealed again, and on 27 July 2017, the Supreme Court provided a 15-year sentence.

In breach also of a clear European Court of Human Rights judgement, all four men were sent thousands of kilometres away from their homes and families.

The Memorial Human Rights Centre recognized all four men as political prisoners long before the initial sentence. As well as its usual reasons for considering victims of Russia’s Hizb ut-Tahrir trials to be political prisoners, the human rights group pointed out that Crimea “is territory which Russia has occupied. In accordance with international humanitarian law, Russia is limited in its legislative and administrative powers. It does not have the right to totally revoke criminal legislation in force at the beginning of the occupation and replace it with its own. Under Ukrainian legislation Hizb ut-Tahrir is entirely legal”.

Letters tell him that he is not forgotten, and also send an important message to the Kremlin that they are under scrutiny..  They do, unfortuantely, need  o be in Russian, and on ‘safe’ subjects.  If that is a problem, use the crib letter below, perhaps adding a picture or photo.  It is good to enclose thin paper and an envelope, giving your address clearly in case he is able to reply.