Why would Russian Wikipedia censor information on the Donetsk Izolyatsia secret prison? 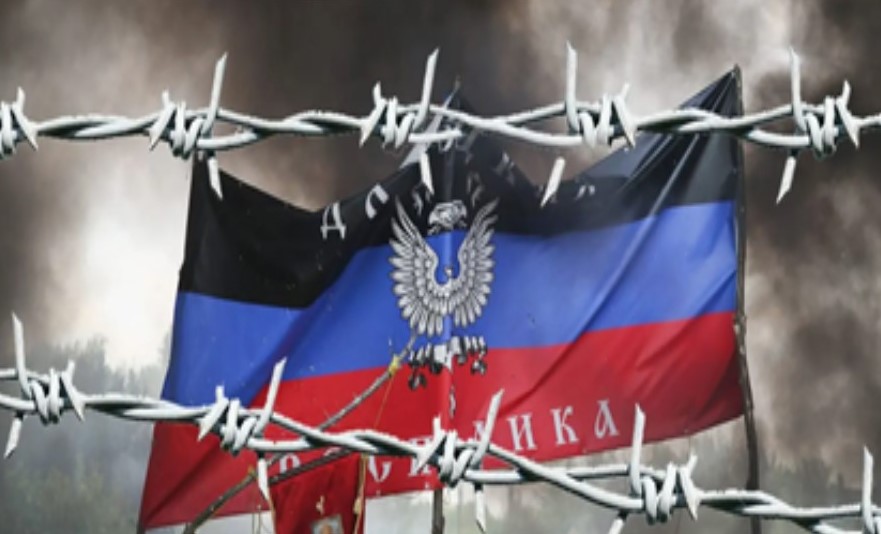 Russian Wikipedia is proposing to delete its entry on the ‘Izolyatsia’ secret prison in Donetsk, with the reasons cited including problems with neutrality and, most incredibly, lack of importance.  There are also notes suggesting multiple issues with both the Ukrainian and English entries, though no suggestion that these should be removed.   All three entries provide references to the accounts of witnesses who were tortured at the prison, and to the latest Report on the human rights situation in Ukraine from the Office of the UN High Commissioner for Human Rights (0HCHR). They also all point out that Izolyatsia is a secret prison, making it hard to understand how Wikipedia can hope to achieve greater ‘neutrality’ and balance.  The Nazis never admitted to their death camps, however their existence was known (and shamefully ignored) from, at the latest, in November 1942.  We are not dealing with death camps here, but the term ‘concentration camp’ is used by former hostages with good cause.  There is considerable witness testimony and the accounts are consistent with one another, which is generally all that can be expected when one side has every reason to conceal the torture and other crimes they are committing.

Radio Svoboda’s Donbas Realii correspondent Olha Stryzhova reported the Russian Wikipedia plans on 13 January. She spoke with people from the Izolyatsia Platform for Cultural Initiatives, the organization formed by the people who ran the Izolyatsia Cultural Centre in Donetsk before it was seized by militants from the self-proclaimed and Russian-controlled ‘Donetsk people’s republic’ [DPR] in June 2014. They say that the conflict in Wikipedia over the entry has been going on for months and assert that it was one of the administrators – Grig siren-у – who added the information about deletion because he considers the subject matter to not be important.

The entry directs readers to a page explaining the reasons for the plans to delete it.  These do indeed begin with a question mark over ‘importance’ and then go on to claim “flagrant violation” of the principle that Wikipedia is not a tribune for presenting points of view.

There are also comments which suggest it is worth asking just who precisely is supposed to be guilty of bias. One person writes: “”And what could be authoritative sources if we appear to be talking about Ukrainian media? Western media? “

Another Russian Wikipedia administrator ‘Venzor’ told Donbas.Realii that the entry is currently under discussion and that the editors are discussing how to work on the text rather than delete it.

“There’s a big problem in this article, it’s not neutral. This after all is Russian Wikipedia and many Russians are picky about terms like ‘DPR fighters’; ‘pro-Russian separatists’ “

He adds that the testimony of former hostages are first sources, and Wikipedia usually writes on the basis of second- and third-hand sources.

The administrator also asserts that there are no neutral sources of information, although it would surely be hard to call the Office of the UN’s High Commissioner for Human Rights biased.

While the issues are clear, they apply to any material pertaining to abuses where one party denies their existence.  This is why human rights groups and, of course, OHCHR, have developed methodology for reasonable verification of such accounts. The stubborn refusal to accept OHCHR as a reliable source, and the fact that only the Russian Wikipedia entry is faced with deletion make it difficult to believe that the issue lies only in neutrality.  The Russian Wikipedia entry on MH17 is also significantly different from the English version, with that difference lying less in neutrality than in the Russian entry’s avoidance of directly pointing to Russia’s believed involvement.   Russian Wikipedia has now, fortunately, reinstated an entry on the Russian poet Alexander Byvshev, one that was removed back in 2015, after the poet faced criminal charges over a poem in support of Ukraine and against Russian aggression.

The Izolyatsia Cultural Centre was seized in June 2014 and according to multiple sources, including OHCHR, was immediately turned into a prison. It’s existence is denied by the DPR militants themselves, and no international organizations have been allowed into it, but there are multiple accounts from former inmates, including Stanislav Aseyev, Stanislav Pechonkin, Halyna Hayeva, Tetyana Honcharova and many others .

It is interesting, considering the problems Russian Wikipedia appears to have with reporting on Izolyatsia that the Russian paper Moskovsky Komsomolets has recently spelled out at least part of what we all know from the freed hostages.  In its report following the (new) seizure of pro-Russian blogger Roman Manekin, the newspaper refers to the Izolyatsia concentration camp and writes that in it “people are held for years without any trial or prosecutors, and you only end up in court from there before an exchange (of prisoners).”