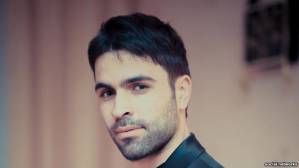 On Saturday morning Amet Umerov, former cameraman for the recently silenced Crimean Tatar TV channel ATR was subjected to a visitation and search by officials from the Crimean Centre for Countering Extremism.   The search appears to have been prompted by posts on the social network VKontakte.  Friends reported that the posts were of a political nature, criticizing the Russian authorities in Crimea, however Umerov does not seem to know what the particular posts were.  He told the Crimean News Agency that the Counter-Extremism officials had asked him about a specific social network ‘friend’, and thinks that something happened, but knew no details.

A source in the Centre told the Radio Svoboda Crimean Service that there was a person -  a Simferopol resident Alexei Ryabinin - who supposedly recently blew himself up on a homemade explosive device.  The Centre is claiming that he was planning to commit terrorist acts in Crimea on May 9.

Why Umerov was targeted is unclear, as is why the officials searched the home he shares with his wife, small child and elderly parents for explosives, weapons, prohibited literature, etc.

During the interrogation he was not only asked questions about the social network acquaintance, but about himself.

Umerov told the Radio Svoboda Crimean Service that there were 6 other people also awaiting questioning, two of whom looked like Crimean Tatars.

Umerov has not worked for ATR for some time, so the initial assumption that the moves were linked with the forced removal of the only Crimean Tatar TV channel may not be warranted.

There are, however, ominous echoes from last year when four opponents of Russia’s occupation of Crimea were arrested and charged with a ‘terrorist plot’ with terrorist acts also alleged to have been planned for May 9 (Victory Day).

All four of them are still in custody in Moscow.  Two men chose to cooperate with the investigators and one at least – Gennady Afanasyev – is known to have received a shorter sentence in a closed trial and testified against the others.  Crimean film director Oleg Sentsov and civic activist Oleksandr Kolchenko have been recognized as political prisoners by Memorial.  They have both consistently denied all charges yet are facing likely 17-20 year sentences despite the lack of any terrorist acts or evidence against them  (see: Sentsov: 20-year sentence predetermined, but your regime will end sooner)