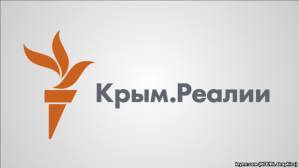 WATCH: Pro-Russian authorities on Ukraine’s Crimean Peninsula have blocked access to RFE/RL’s news website. The de facto prosecutor of Crimea, Natalia Poklonskaya, says Russia’s Internet regulator, Roskomnadzor, had launched measures to shut down the site. The website’s chief, Volodymyr Prytula, said in Kyiv that there are ways for readers to get around the ban.

Web users in Ukraine, Russia, and Russia-annexed Crimea complained on May 12 that the site was inaccessible.

Instead, a notice appears saying, "Access denied, as the site has been added to the list of banned sites."

"This is an aggressive act that uses the outrageous pretext of extremism to censor RFE/RL and prevent audiences in Russia and Crimea from learning the truth about the annexation, " RFE/RL Editor in Chief Nenad Pejic said in a statement on May 12.

"We condemn it as an attack on RFE/RL’s operations and the public’s fundamental right to freely access information, " he added.

The de facto prosecutor of Crimea, Natalia Poklonskaya, said on May 12 that Russia’s Internet regulator, Roskomnadzor, had launched measures to block and shut down the site.

But Roskomnadzor’s spokesman said on May 12 that only one page on the Krym.Realii website -- an interview with a leader of the Crimean Tatars’ self-governing body, the Mejlis -- was blocked.

Crimea’s Moscow-backed Supreme Court branded the Mejlis as an extremist organization and officially banned it in April.

Russia has been heavily criticized by international rights groups and Western governments for its treatment of Crimean Tatars since the annexation of the peninsula in March 2014.