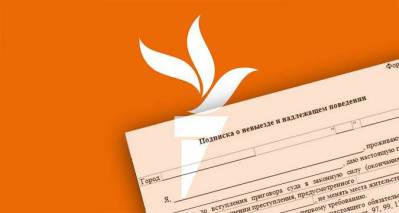 The Radio Svoboda [Radio Liberty] logo over an undertaking not to abscond (as journalist Mykola Semena was forced to sign)  Photo: QHA

This is, of course, not how Natalya Poklonskaya, installed as prosecutor after Russia invaded Crimea, views the Internet resource, called ‘Krym.Realii’.  In true Soviet style, she calls it “a pernicious service” and claims that its publications contain justification for sabotage, extremism and endless discrediting of the authorities in Crimea”.  She asserts that their ‘analysis’ of the content of the resource demonstrates that it is intended to “discredit the activities of the Russian Federation in Crimea, stir up inter-ethnic enmity and also make calls to extremist activities”.

She told TASS that they are preparing material for Russia’s Prosecutor General’s Office and Roskomnadzor [the effective censor] to organize the total blocking of the resource.

It will not be the first resource to be blocked.  In October 2015, Roskomnadzor blocked two resources. Both Sobytiya Kryma [Events in Crimea] and the Centre for Journalist Investigations were accused of publishing “contains calls to mass disturbances, extremist activities or participation in mass (public) events carried out with infringements of established procedure”.

This announcement of further censorship coincided with searches and criminal charges against at least one journalist. 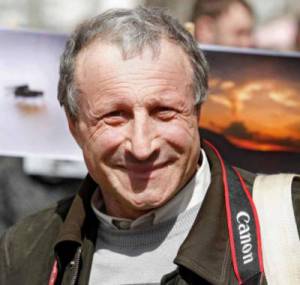 Mykola Semena is charged with making ‘calls to violate the Russian Federation’s territorial integrity’ under a relatively new article of the Criminal Code which, it was feared, would be used to silence protest and truthful words about Russia’s annexation of Crimea.

Poklonskaya told TASS that criminal proceedings have been initiated by the FSB against a journalist from Krym. Realii for what are termed ‘calls to violate the Russian Federation’s territorial integrity’ (Article 280.1 § 2 of the Russian Criminal Code).  Poklonskaya says that the charges are over one particular article, seemingly about the Crimean Blockade.  She claims that the journalist “effectively justifies the actions of extremists and terrorists”.

The article on so-called “public calls to actions aimed at violation of the Russian Federation’s territorial integrity” via the Internet (Article 280.1 § 2) came into force on May 9, 2014, two months after Russia’s annexation of Crimea.  The charges can carry a sentence of 4 years for ‘calls’, and 5 years if via the Internet.

It was widely feared that the new criminal charges would be used to silence any criticism of Russia’s invasion and annexation.

That fear proved justified in September 2015 when Russian Tatar activist Rafis Kashapov was sentenced to 3 years with the charges specifically over criticism of annexation and of Russian President Vladimir Putin’s role on posts in the social network VKontakte.

Russia has also initiated criminal proceedings under the same charges against the Head of the Crimean Tatar Mejlis Refat Chubarov.  Four months after invading and annexing his native land, Russia exiled Chubarov.  Then in October 2015, following the success of the Crimean civic blockade, Russia issued an arrest warrant against Chubarov.  It accused him of ‘encroaching on Russia’s territorial integrity” by insisting that Crimea is Ukraine’.

These new developments coincide with overt repressive measures targeting the Crimean Tatars.  On April 19, the Russian justice ministry effectively completed the criminalization of the Crimean Tatar Mejlis or representative assembly of the largest indigenous ethnic group in Crimea.  In so doing, it bypassed the courts altogether, not to mention gravely breaching the rights of the entire Crimean Tatar people and international law.

Two young Crimean Tatars are in custody, following more armed searches, and are likely to join 8 others charged with entirely fictitious terrorism over their alleged involvement in the Hizb ut-Tahrir Muslim organization which Russia has banned without ever providing any real grounds.

As a background to this, Alexander Bastrykin, head of Russia’s Investigative Committee published a chilling article on April 18 which suggests, among other repressive measures, criminal liability for questioning the pseudo-referendum which Russia organized within 10 days to try to justify its annexation of Crimea.

There have been other attempts to charge Crimean journalists over such insanely cynical charges, but against journalists already living in mainland Ukraine.  There is one blogger Yury Ilchenko who has been in detention since July 2015, almost certainly over texts in opposition to Russia’s occupation of Crimea.

Searches were carried out on Tuesday in seven homes – five in Simferopol, and one each in Yalta and Sevastopol.  Emil Kurbedinov later reported that the home of well-known Crimean Tatar journalist and blogger Zair Akadyrov had also been searched.  Akadyrov was detained in January by officials from the so-called ‘Centre for Countering Extremism’.  The journalist was standing awaiting the beginning of the court hearing in the trial of Crimean Tatar leader Akhtem Chiygoz and other Crimean Tatars who are facing legally grotesque charges over a pre-annexation demonstration.

Crimea has been systematically turned into an information ghetto since Russia’s invasion and occupation.  The developments on April 19 add a new level of repression.