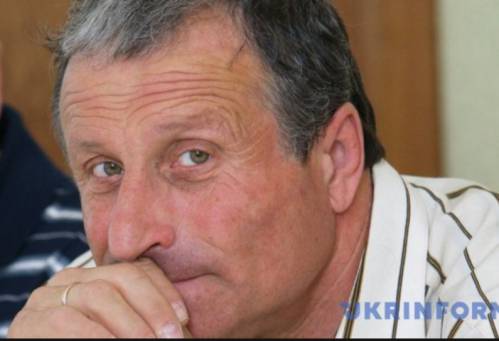 It takes serious gall to invade and seize another country’s territory and then prosecute citizens of the other country for ‘encroaching on your territory’.  That is exactly what Russia is now doing in Crimea with its persecution of Crimean Tatar leader Ilmi Umerov and journalist Mykola Semena.

Russia’s reinstatement of punitive psychiatry against 59-year-old Umerov, and the risk to his life have rightly elicited international outrage.  Semena’s life is not in danger, however he also has a spinal injury which, if prevented from seeking treatment in mainland Ukraine, could lead to permanent disability. On Sept. 2, the International and European Federation of Journalists (IFJ/EFJ) issued a statement urging Russia to allow Semena to seek urgent treatment in Kyiv.  They were backing calls already made by their Ukrainian affiliates, the National Union of Journalists of Ukraine and Independent Media Trade Union of Ukraine.

Both Semena and Umerov are charged with ‘public calls to action aimed at violating Russia’s territorial integrity’, otherwise known as openly condemning Russia’s annexation of their native Crimea.

Semena was charged over a text supporting the Civic Blockade of Crimea, which was launched in September 2015 with a number of human rights demands, such as the release of all political prisoners.  The surreal nonsense about violating Russia’s territorial integrity was added, as Article 280.1 § 2, to Russia’s Criminal Code in May 2014, and is now, as feared, being used against Ukrainians and Russians expressing the same position regarding Russia’s invasion and annexation of Crimea as that taken by the UN General Assembly and all democratic countries.

The author pointed out that Crimea had been under Nazi occupation for 2.5 years and must not be under Russian for any longer.  He uses ‘military’ language about the Blockade, but very clearly as a metaphor for the degree of determination and organization involved.

The second phase should be the total liberation of Crimea.  There is no call to anything in the text except total support for a full blockade.

For this, Semena is facing a possible 5-year sentence and has already been placed on Russia’s ‘List of Terrorists and Extremists’, together with the Head of the Crimean Tatar Mejlis Refat Chubarov, Ukrainian filmmaker Oleg Sentsov and many others Ukrainians.

Semena had noticed surveillance for some time.  Judging by the fact that the FSB had screenshots of the article at various stages of its composition, it is clear that somebody was watching his every movement online.

Semena’s ‘trial’ is due sometime in the autumn.  He told Krym.Realii that the constant extension of the ‘criminal investigation’ has several aims: it forces him to be silent and prevents him from either working or leaving.  He is not able to leave Simferopol without the permission of the investigator.  The defence are seeking permission on medical grounds for him to get treatment in Kyiv, but thus far have had no response.

The journalist paints a stark picture of the situation in Crimea, and those of his colleagues who buckled under immediately. He mentions that one journalist expressed surprise that he hadn’t left.  “You could answer: they came to our home, and we have no right to say a word in protest? And we must not just hand over two more rooms in our home to the aggressor, but leave it altogether and go goodness knows where because invaders have come.  This is the logic that dominates”.

Semena believes that Crimeans have now lost the chance to objectively assess what is happening.  The idea is foisted on them that “Russia is great, Russia is powerful, Russia can bomb whom it wants. We’re here with nuclear weapons, and we’re all great patriots, who will dictate our will to the entire world”.  Crimeans are losing out also because the media are simply expected to justify anything that the authorities do, and treat it as some kind of highest achievement.

Nothing gets critically assessed.  There has been no discussion of the pseudo-referendum in March 2014, and in general Russia’s operation in invading and annexing Crimea in February-March 2014 is muffled.

The way the Crimean media treat politics and politicians has changed, he says.  If before they criticized and demanded this or that, now they act as though their role is to nod their heads and justify whatever the authorities do.

As a consequence, it’s impossible to read or view what is produced by the local media.  Semena points to the few Russian independent media who write truthfully about Crimea.  He’s grateful to them, but says that most Crimeans are not aware of them.

Asked if he will leave if the prosecution against him is withdrawn, Semena answers: “I understand that the optimum solution will be to leave”. He wants to work as a professional and that, in Crimean conditions, is not possible.  If you write the truth, you can end up like me, he says.

“I therefore need to look for a niche, where it’s possible to work and to make my contribution to the return in Crimea of freedom of speech”.