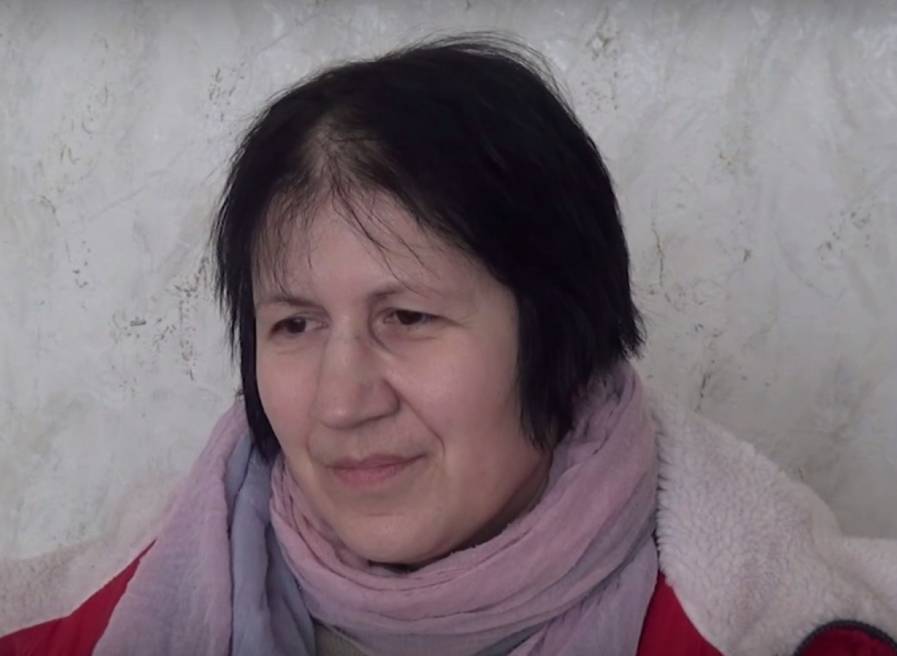 52-year-old Valentina Buchok has become the latest Ukrainian to be seized by Kremlin-backed militants and accused of ‘spying’ for Ukraine’s Security Service [SBU] by, for example, a ’reconnaissance visit’ to the apartment where war criminal Motorola lived a month or more after he was killed.  She is the second Ukrainian to be ‘arrested’ in the self-proclaimed ‘Donetsk people’s republic’ [DNR] in the last month.  Both the DNR and their counterparts in the Luhansk oblast [LNR] are, meanwhile, refusing to agree to any exchanges of hostages and captured Ukrainian soldiers as in accordance with the Minsk Agreements.

The so-called ‘DNR ministry of state security’ claims that they have established that Buchok was recruited while crossing a Ukrainian checkpoint by SBU officers.  She is alleged to have gathered and passed on to the SBU information about the militants, the location of their military units, as well as Donetsk infrastructure.

As an electrician, she supposedly had access to the homes of ‘military servicemen’, and the militants claim to have “established that the information Buchok gathered was used by SBU officers to plan and organize acts of sabotage and terrorism on DNR territory”.  They are currently considering whether to charge her with ‘state terrorism’.

As with all other Ukrainians taken prisoner recently, the militants ape Russia’s FSB [security service], using videoed ‘confessions’ to conceal the lack of any hard evidence.

The video in this case is very obviously a montage, yet still reveals next to nothing.  Buchok repeats the story presented by the militants and confirms that she has “unequivocally pro-Ukrainian views”.  She mentions being asked to go and take a look at the apartment block on Chelyuskintsev St. where Russian mercenary Arsen Pavlov, more notorious as ‘Motorola’ was living until he was killed on October 16.  This, however, was at the end of November or later, so the worth of any information passed on is unclear.

The value of any such information gathering by the SBU is questionable.  Two militants – Motorola and Givi (Mykhail Tolstykh) – have certainly met violent deaths over the last 6 months.  Their addresses were, firstly, well-known.  More importantly, Ukraine had every reason to try to capture the two, none to kill them.  Both would have been tried for war crimes and would have almost certainly provided vital information about Russia’s military involvement in Donbas.

Valentina Buchok is, like other Ukrainians seized in recent months, totally under the control of the militants.  It is possible, however, that she has not been subjected to physical ill-treatment, and her ‘confession’ is extremely short on anything ‘incriminating’ at all.  Perhaps for that reason, the ‘DNR state security ministry’ have come up with another video and alleged victim of SBU recruitment, this time somebody who himself reported the attempt to recruit him to the militants.

On Feb 21, the same ‘DNR state security service’ made analogous allegations against  Valery Nedosekin, a college director at the Donetsk Academy of Motor Transport.  He was also supposed to have gathered information for the SBU.  The situation was, however, rather different, since Nedosekin was also the third person (at least) to have been recently taken prisoner purely for material posted on Twitter or social media.  Since military equipment is mentioned, it seems possible that the photos were deemed harmful because they demonstrated Russian tanks, weapons, etc.

More recently, however, militants from the so-called ‘Luhansk people’s republic’ [LNR] have produced videoed ‘confessions’ of two Ukrainian bloggers accused of ‘spying’ and / or ‘extremism’.   In December 2016,  LNR militants posted a videoed confession from 53-year-old Luhansk blogger Hennady Bernitsky who was obviously distressed and had possibly been ill-treated. The ‘LNR ministry of state security’, as they call it, accused Benitsky of ‘circulating extremist material’ on Facebook, including instructions on how not to fall into the militants’ clutches.  They claimed that he “spread extremist material containing negative information dishonouring citizens of the Republic, and also publication of an offensive nature about civic organizations, state structures and LNR executive bodies, including the head of the Republic”.

There is every reason to assume that duress was applied to ensure that Nedelyaev and Benitsky ‘confessed’ to everything that the militants from the outset said they had done.  The same applies to Vlad Ovcharenko and Artem Akhmerov, the two young Zarya football fans whom the militants seized on Oct 10 and who are also accused of ‘state treason’.