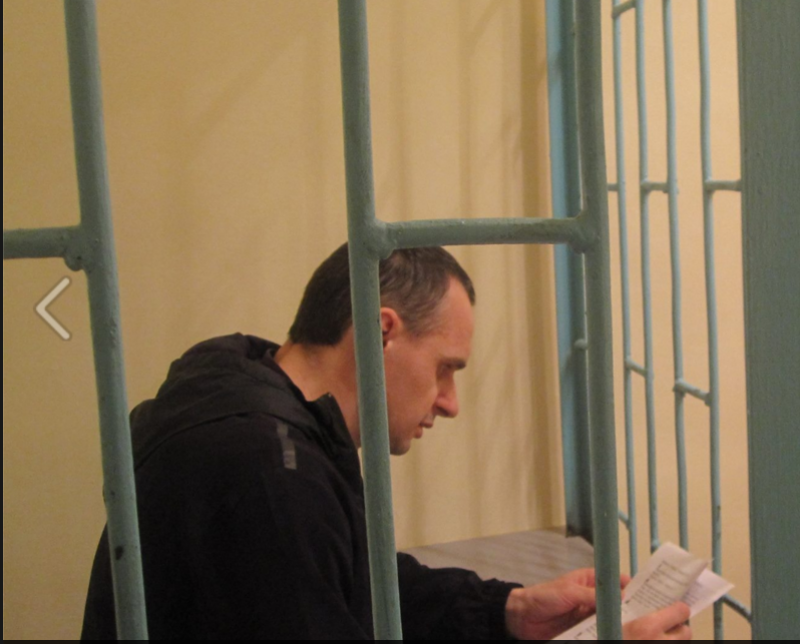 Russia’s arrest and show trial of Ukrainian filmmaker Oleg Sentsov and civic activist Oleksandr Kolchenko were condemned by the entire free world, yet their imprisonment continues.  It is three years since Oleg’s two children saw their father, and could be another 17 years if Russian President Vladimir Putin has his way.  The sentences against Sentsov and other Crimean political prisoners are far worse than those used against so-called ‘dissidents’ in the Soviet Union.   Then the world was not silent, though it was harder to put pressure on a closed system.

There are levers to put pressure on Putin and on those Russians who collaborate in torturing and imprisoning innocent Ukrainians.

Please help us to ensure that they are applied!  It is vital to put pressure on the Kremlin to release Sentsov and other Ukrainian prisoners, and to demonstrate that those who take part in persecution will be named and held to answer.

Please also try to alert the media to Oleg’s plight.

He is already one of many political prisoners, and our silence now will only allow Russia to continue such reprisals against those who dared speak out against its invasion and annexation of Crimea.

I am writing to you as my representative to ask for your assistance in putting pressure on Russia to free Ukrainian filmmaker and recognized political prisoner Oleg Sentsov.  Russia illegally imprisoned him and three other opponents of its invasion and annexation of Crimea in May 2014.  Sentsov was given a 20-year sentence despite the lack of any evidence at all, and now Russia is also trying to claim that Sentsov and civic activist Oleksandr Kolchenko ‘automatically’ became Russian citizens.

The men’s release has been demanded by the EU, Council of Europe, OSCE, and all democratic countries, as well as international human rights organizations, yet three years on, there is no sign that Russian President Vladimir Putin will release them unless further pressure is brought to bear.

I would stress that in highlighting Oleg Sentsov, we are in no way forgetting the ever-increasing number of Ukrainians held illegally in Russia and Crimea.  We hope that pressure on Russia to release a person who is manifestly innocent of all charges, has serious medical issues and two young children whom he was bringing up alone, will be a first step also in ending the mounting repression in Russian-occupied Crimea.

These are only some examples.

Brief details of the ‘case’

The four Ukrainians arrested by the FSB in May 2014 were linked over in their shared opposition to Russian occupation of Crimea.

There is literally no evidence of ‘terrorism’ against any of the four men.

There are very serious grounds for believing that all were subjected to torture.  This was asserted by Sentsov from the outset, and stated in court by Gennady Afanasyev when he retracted all testimony against Sentsov and the others;

Sentsov was warned that if he didn’t give the testimony demanded, he would be called the mastermind and would get 20 years.  This is exactly what he got, although there was literally no evidence against him at all.

Sentsov, Kolchenko and Afanasyev were all declared political prisoners by the renowned Memorial Human Rights Centre, and their release demanded by the EU, Parliamentary Assembly of the Council of Europe, OSCE, US State Department and all democratic countries.  Sentsov was recently awarded the PEN America Freedom to Write Award, and a huge number of prominent filmmakers, artists and celebrities have spoken out in his defence, as has Amnesty International and other human rights organizations.

More information about Russia’s arrest and show trial of Oleg Sentsov and Oleksandr Kolchenko can be found here: