Russia puts Historian of the Soviet Terror on Trial 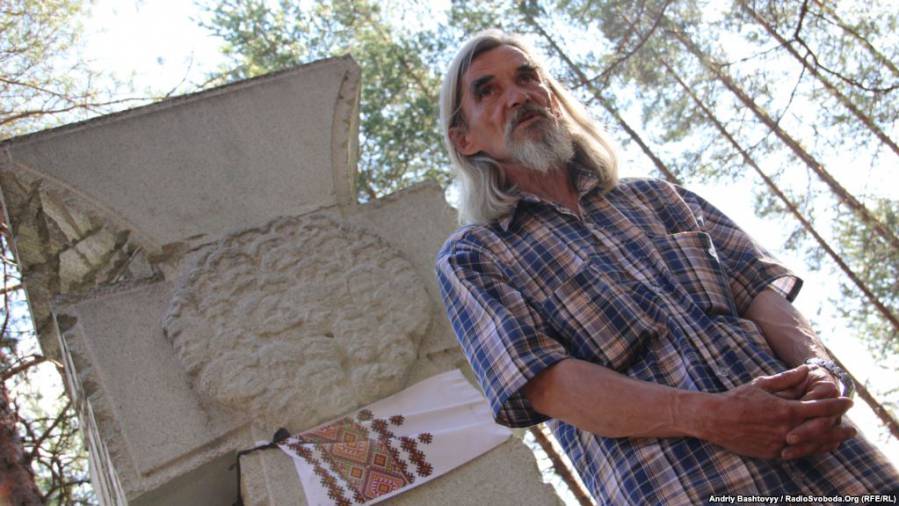 The closed trial has begun in Russia of Yury Dmitriev, a 61-year-old historian and head of the Karelia Memorial Society who has devoted his life to ensuring that the truth is known about the Soviet Terror and that the mass graves of its victims are found.  The official reason for holding closed hearings is that the indictment concerns a minor.  Since there is no evidence to substantiate highly implausible charges, it seems likely that the secrecy is aimed at concealing the true nature of this disturbing case which has already led to calls for those implicated in it to be subjected to sanctions under the Magnitsky List.

Dmitriev was arrested in December 2016 and charged with ‘preparing pornography involving a minor’ (Article 242.2 of Russia’s criminal code) and ‘depraved actions with respect to a child under the age of 11’ (Article 135).  Much later they added the charge of illegal possession of a weapon over part of a rifle barrel, which Dmitriev once found among rubbish and took so that kids didn’t pick it up and try to do something with it.  Worth noting that almost identical charges have been belatedly added to several cases involving the Ukrainian political prisoners whom Russia is holding.

The first two charges are based on a folder filed on his computer and containing 49 photos of his foster-daughter Natasha.  The little girl had been painfully thin and in poor health when he and his former wife took her from the children’s home when she was three, and the authorities had themselves advised him to monitor her development. This Dmitriev did, much as he has painstakingly documented evidence of the crimes of the Stalin regime.  Each of the photos, taken between 2008 and 2015 recorded her weight and height.   Dmitriev has said that they were essentially a medical journal, which he stopped keeping in 2015, when Natasha was 10 as there were no longer any concerns about her physical wellbeing.

The photos showed her naked, which made it easy to see whether she seemed too thin, whether ribs were protruding, etc.  They also ensured that the authorities saw that she was well-looked after and that there were no suspicious bruises.

The prosecution is now claiming that the fact of taking the photographs constituted the depraved action and that the photos themselves count as ‘pornography’.

According to Dmitriev’s lawyer Viktor Anufriev, the main ‘evidence’ is from a document referred to as an expert assessment which asserts that nine of the photos are ‘pornography’.  Such documents should be produced by experts on sexual pathology.  Instead, its authors are an art historian, a teacher and mathematician.  Even with such original collaboration, they only came up with 9 photos. Their work was also carried out in breach of procedural norms since the defence was not allowed to take part.

There are, quite simply, no elements of a crime: the prosecution has not even tried to think up an aim for preparation of the supposed pornography and there is nothing to suggest that the photos were ever circulated to anybody.

Sergei Krivenko, a member of the President’s Human Rights Council, has expressed concern about the case from the outset.  He visited Karelia and spoke with teachers at Natasha’s school and the social services who had visited once every six months over the 8 years with Dmitriev and his family.  There had not been any comment, criticism or even hint of concern.   If a person is guilty of unlawful behaviour, there have to be some traces, he says.  There are none.

Dmitriev has now been in custody for 6 months and a court recently extended the detention until October.  The prosecutor Alexei Silchenko had come up with no grounds for continuing his imprisonment, and the judge Marina Nosova saw no reason to demand them.

Natasha had grown up with Dmitriev, his grown daughters and their children.  She has now been taken away and sent to a grandmother in the village whom she had never known.

Krivenko sees this case as further evidence that Russia is descending into self-isolation, back to the USSR.  He believes that the historian’s contact with international human rights and educational organizations could be the reason for this persecution.  The local authorities had supported Dmitriev’s efforts regarding a memorial for the thousands of victims buried at the Sandarmokh Clearing in Karelia, so he assumes that it was others in power and / or the FSB [Russian security service] who have decided on the reprisals.

Dmitriev is the author of many works, but he is known far beyond academic circles mainly because of his work in uncovering the mass graves of victims of the Terror at the Sandarmokh Clearing (Karelia).  It is thanks to him and his colleagues that we know the fate of 1,111 prisoners of the Solovky Labour Camp, including 290 prominent Ukrainian writers, artists, scientists and others, who were executed ‘by quota’ between 27 October and 4 November 1937.

Among the victims are also many Poles, and on August 5, 2015 at a gathering in Sandarmokh to mark Remembrance Day for the Victims of Political Repression, Dmitriev was awarded the Polish Gold Cross of Service for his work in preserving memory and his services, including to the Polish people.

The case against Dmitriev has prompted the renowned Polish Karta Foundation to write a letter to the Karelian Prosecutor Karen Gabrelyan.  Karta expresses concern over the historian’s detention on “implausible grounds” and at reports that state-controlled media are presenting the case in a way aimed at defaming both Dmitriev and the Memorial Society.

As reported here, a 15-minute program was broadcast on Jan 10, 2017 on the government-controlled Rossiya 24 TV channel.  Most of the film was an attack on Memorial, with the 5 minutes about Dmitriev and the photos clearly aimed at spreading dirt and convincing the audience of his guilt.  The film, like others about Ukrainian political prisoners, shows a worrying level of collaboration between the FSB, Investigative Committee and state-controlled media.  The fact that it was broadcast by a mainstream channel is further confirmation that it is no small-time officials who have decided to attack Dmitriev.

Karta demands Dmitriev’s release from custody and observance of his right to a fair trial in accordance with Russian and international law. “Otherwise, we will consider it appropriate to initiate a campaign to have those implicated in the criminal prosecution of Dmitriev added to the Magnitsky List (which bans them entry to the USA and freezes any assets held in America).

Vasily Kostin, a senior prosecutor, objected to the words about the Magnitsky List, claiming them to be “pressure on the investigators”.  There is no record of any objections from him or his department to the scurrilous slander broadcast on national television and clearly aimed at convincing the viewers that Dmitriev – and Memorial – are guilty as charged in the absence of any evidence.