Appeal to impose sanctions over the political persecution of Volodymyr Balukh 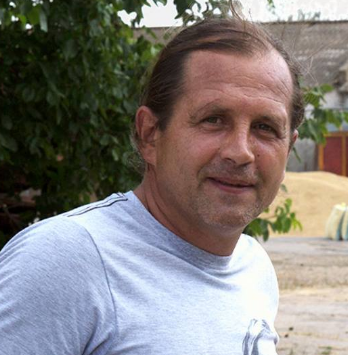 To the Government of Ukraine,

the USA, Canada, Australia, and Japan

To Prosecutor’s Office of the Autonomous Republic of Crimea

On August 4th 2017, violating the fundamental human rights and international humanitarian law provisions, the Crimean Occupation Court passed a sentence on Mr. Volodymyr Balukh, Ukrainian. Ms. Maria Bedritskaya, ‘a judge of Razdolnensky District Court’, passed a three-year and seven-month sentence in the penal colony settlement as well as imposed a fine of RUR10,000.00.

The persecution of Mr Balukh is politically reasoned, he being himself a prisoner of conscience, for he is in custody only because of his opinions peacefully expressed.

Considering the above-mentioned, we are appealing to the governments of the EU Member-States, Switzerland, Norway, Montenegro, Iceland, Albania, Liechtenstein, the USA, Canada, Australia, and Japanand are asking to introduce personal sanctions for the persons linked to the persecution of Mr. Volodymyr Balukh, a Crimean prisoner of conscience, as well as for strengthening sectoral sanctions against the Russian Federation for gross and repeated violations of human rights in Crimea.

In addition, we are appealing to the Ukrainian authorities and demanding:

When Crimea had been occupied by the Russian Federation, Mr. Volodymyr Balukh, a farmer from the village of Serebrianka, Razdolnensky District, expressed many times in public his disagreement with incorporating Crimea into the RF.  Protesting, he displayed the national flag of Ukraine on his house roof in March of 2014.

The authorities de facto threatened the activist many times, including a threat of criminal prosecution. Since April 2015, Mr. Balukh’s house has been illegally searched several times, with removing the state flag of Ukraine from the roof and its taking away. During one of the searches, the activist was beaten up by the ‘policemen’ and sentenced to an administrative 10 days’ arrest for ‘defiance to a policeman’s demand’(Administrative Offense Code of Russian Federation, Article 19.3). For the same ‘violation’ Mr. Balukh was prosecuted again, and sentenced in November of 2016 to 320 hours of the forced work.

Despite all this, Mr. Volodymyr Balukh hanged the Ukrainian flag on his house roof again. On November 29th 2016 he placed a sign ’Heaven Hundred Heroes Street – 18’ on his house wall (in memory of the civil participants of the protests at Kyiv’s Maydan died in February of 2014).  Then, in December of 2016 the FSB officers made one more unjustified search in the houses of activist and his mother, took away the flag of Ukraine and, reportedly, ‘found’ cartridges and dynamite. Since December 2016 Mr Balukh has been illegally in custody, in the Simferopol Detention Facility, where his chronical illnesses have aggravated so he needs a medical treatment.

The Mr. Volodymyr Balukh’s defence presented the evidence of activist’s innocence, evidence tampering, serious violations during the search and other investigation actions to the ‘court’. However, the ‘judge’ did not accept the defense arguments, called them ‘vicious’ and supported the prosecution.

These and other facts testify manufacturing of the criminal prosecution of Mr. Volodymyr Balukh due to political reasons. He has been illegally deprived from freedom only due to his opinions and public disagreement with the Russia’s actions in Crimea. This is the reason why the Crimean authorities de facto committed many times violations of rights and freedoms established by the Convention for the Protection of Human Rights and Fundamental Freedoms – right to liberty and security of person, right to a fair trial, freedom of expression, right to respect of private and family life – regarding Mr. Balukh.

According to the data collected and recorded by the Crimean Human Rights Group, at least twenty persons are linked to illegal persecution of Mr. Volodymyr Balukh and his deprivation of liberty including

‘Judges’ of courts created in Crimea

Officers of police and investigation committee of Russia in Crimea