Nobody believes Ukrainian environmental activist’s death was suicide, so why was the investigation terminated? 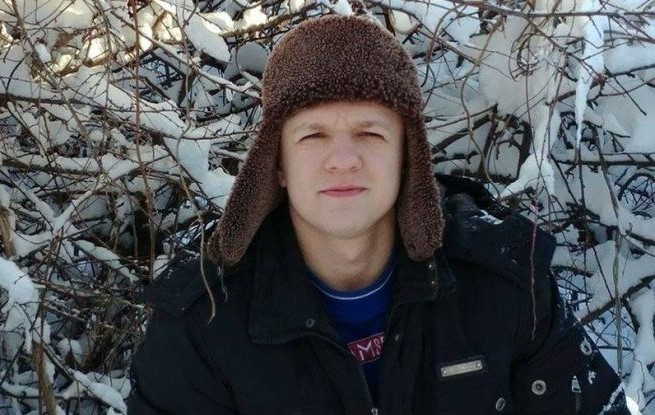 Police in the Kharkiv oblast have quietly terminated their investigation into the suspicious death of 23-year-old Mykola Bychko, a local environmental activist, in June 2018.   The role of investigators has from the outset elicited concern among both local residents and human rights activists who reject the claims of suicide.  They believe Bychko’s death was likely connected with the young activist’s fight against corruption and the pollution of the local reservoir by AVA  Services 2017, a private company owned by the brother of the then Mayor of Eskhar.

For around a year, industrial waste had been going into the sewage system, with Bychko and other local residents understandably concerned about the pollution this was causing.   They linked the problems to the fact that the municipal authorities had signed three contracts worth over half a million UAH with the AVA Services 2017.  This was an extremely new firm, one of whose owners is Serhiy Lehkosherst, whose brother, Anatoly was Mayor / Head of the Eskhar Council.  It was under pressure from Eskhar residents, who did not believe the official story about Bychko’s death, that the Mayor handed in his resignation, as did his deputy and the head of communal services.

Bychko had been following what was going on around the treatment equipment and taking water samples from the reservoir.

Tetyana Pechonchuk, whose Human Rights Information Centre has been involved in investigating Bychko’s death, writes that Anatoly Lekhosherst later applied to the court to get himself reinstated.  The application was, however, rejected by the court.

Bychko had gone to a site on the reservoir to collect a water sample on 4 June 2018.  His mother reported that he was missing the following day, and the police soon found his body, hanging from a tree, in the forest, two kilometres from the water treatment tanks, with his bike and a bottle of war nearby.

In fact, one of the numerous reasons why human rights activists do not believe such police claims is the shocking failure to carry out a proper assessment even of the site where Bychko’s body was found.  According to Roman Likhachov, a lawyer and head of the Chuhuiv Human Rights Group,  virtually no investigative activities were carried out during the first month at all, with it taking almost that long to even send the documents for an expert assessment to be carried out.  The investigators from the Chuhuiv Police Station  did not even remove the rope on which Bychko was found hanging, and simply cut off a piece of it.  The upper part of it was left at the site, although it was this part that needed to be examined for any evidence suggesting that others had been involved.  Later the rope simply disappeared, and an attempt was made to set the bark of that particular tree alight.

The Kharkiv Regional Prosecutor’s Office found that there had been infringements of criminal procedure legislation and said that disciplinary proceedings would be brought.  Even if they were, this did not alter the fact that important time and, conceivably, critically important evidence had been lost, despite warnings of the danger of this at the time.

As reported earlier, on 7 June, around 200 Eskhar residents took part in a march, blocking the road, to the prosecutor’s office and police department in neighbouring Chuhuiv.  Representatives of the Chuhuiv prosecutor’s office came out to meet them, and were taken by the crowd to the place where Bychko’s body was found.  The enforcement officers were forced to agree to carry out a repeat examination of the circumstances of his death.  It is this investigation that they have now terminated on the eve of the holiday period, probably hoping to avoid publicity and to make it too late to lodge an appeal.

It is extremely disturbing that people who took part in one of the protests demanding an investigation into Bychko’s death were themselves summoned to the police station.

Pechonchuk has listed other reasons why human rights activists, including Likhachov, who knew Bychko well, believe that the young man was murdered.  Bychko was the administrator for the Eskhar youth initiative Facebook group, and was, according to Likhachov, planning to create his own NGO.  There is nothing to suggest that he was depressed or had any problems that might have made him take his own life.  Likhachov has been adamant from the beginning that this was a brazen attempt to make a murder look like suicide.

He also recounts that Bychko had approached him earlier, reporting that the Chuhuiv Prosecutor’s Office and police had initiated criminal proceedings against him and other Eskhar activists.  They were supposedly over ‘hooliganism’, though Bychko had told him that this was an attempt to put pressure on them.

Pechonchuk and other activists visited Ekhtar in August this year.  She says they did not find a single person who believed that Bychko had killed himself.

It is also of concern that Bychko’s mother, after initially making an agreement with Likhachov that he represent her, free of charge, in August terminated this agreement.  She told Likhachov that she could not explain why.  He, in turn, believes that she was placed under pressure, with the aim being to prevent him from seeing the case material.   The new lawyer is Ruslan Malyavin, who is reported to have earlier worked in the law enforcement bodies and who was more than abrupt when asked for his comments on the termination of the investigation.

Pechonchuk is convinced that an objective investigation cannot be expected given the degree of corruption in the Kharkiv oblast.  The only hope now is in the visit planned in the New Year by the Verkhovna Rada’s Special Commission investigating the alarming number of attacks on civic activists in Ukraine over recent times, and the failure in most cases to find the culprits.

Where the Chuhuiv police appear to be alone in believing that Mykola Bychko killed himself, attention from this Commission is urgently needed.