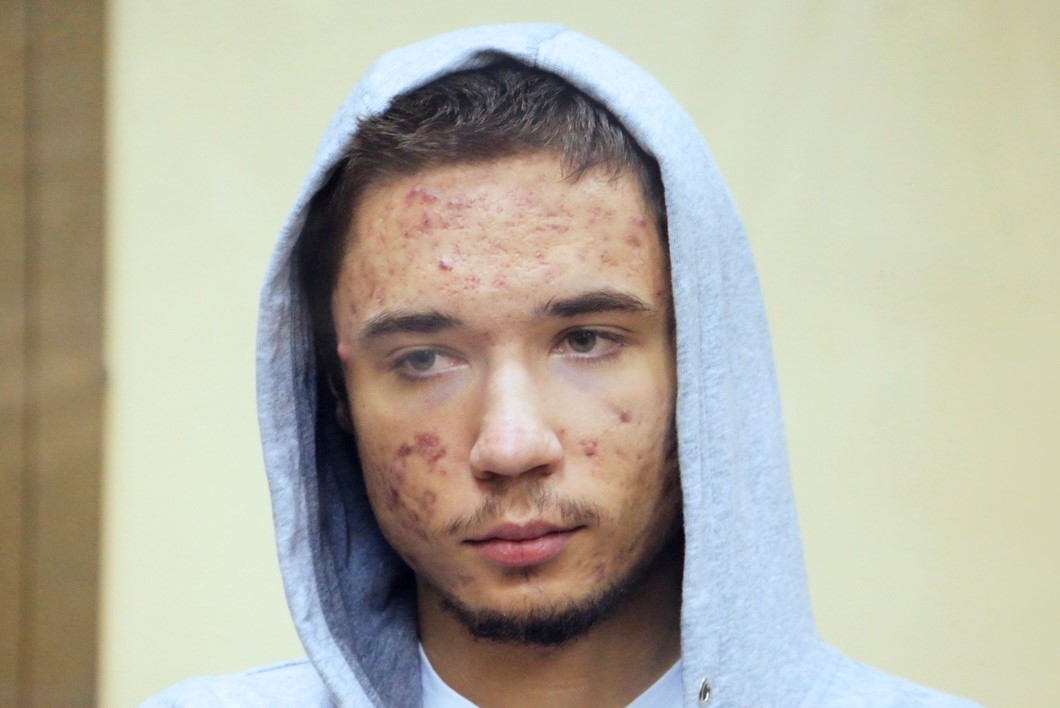 A Russian court has ordered a check to be carried out into Pavlo Hryb’s allegations of torture after viewing a video showing injuries which the 20-year-old Ukrainian student says were caused by having his hands bound for a long time in fishing line. Such checks are seldom more than a formality, however in this case there is a stark difference between Hryb’s account of where he was seized and the torture used to obtain a ‘confession’ which he retracted as soon as he was allowed to see a lawyer, and the prosecution’s claims.   The defence has presented confirmation of Hryb’s return ticket to Ukraine from Belarus, the prosecution – only a very implausible account from Smolensk oblast FSB officers, whom Hryb says he had never see before.

The Northern Caucuses District Military Court also agreed to question Vasyl Prytula,, Professor of the Faculty of Paediatric Surgery at the Bohomolets National Medical University and Hryb’s doctor since early childhood.  This is extremely important since Hryb has a potentially life-threatening condition, and needs specialist care which he cannot receive in a Russian SIZO [remand prison].  Russia was ordered by the European Court of Human Rights back in September 2017 to provide details about any medical treatment Hryb was receiving and to allow Ukrainian doctors to examine him.  The information provided to ECHR was almost certainly falsified, and the doctors were not allowed to see the young man.

On 12 December 2018, Prytula issued a new opinion, based on the readings taken at a consultative clinic in Rostov where Hryb’s trial is underway.  Among other issues, he found that Hryb’s portal hypertension, hypersplenism, including enlargement of the spleen, were developing, and that he was now suffering from liver cirrhosis and reduced ability for blood coagulation (heightening the threat of blood haemorrhages).  He wrote that it was possible that Hryb is suffering from an inflamed ulcer in the colon or stomach.  This can only heighten the danger of haemorrhaging in the digestive tract, stomach or duodenum, with any of these posing “a critical danger to his life”.  He stressed that people with Hryb’s diagnosis need to be treated in a high-level specialist hospital.

During virtually every court hearing, an ambulance crew has needed to be called, yet the court has consistently rejected applications for Hryb to at least be placed under house arrest.

Hryb told the court on 1 February that he suffering from severe stomach pain and headaches which make it impossible for him to take part in the hearing. Given the seriousness of Hryb’s condition, it is deeply disturbing that the medical documents from the SIZO give no details about the young man’s complaints regarding his state of health.  After informing the court of this, Hryb’s lawyer Marina Dubrovina read out Dr Prytula’s assessment of the situation, namely that the illness he was born with his developing rapidly, and that he needs an operation at a specialist clinic, either in Moscow or Berlin.

Novaya Gazeta has published Hryb’s written response to their questions.  The young man writes that his relations with cellmates are fine, but that he misses his native language, and writes about the long times, which seem like eternity.

Hryb admits that he had suspected that his meeting with Tatyana Yershova in Gomel (Belarus) might be a trap.

“I understand that I’m not guilty, but I’m like an animal in a trap.  I blame myself because I knew where I was going, and for whom, and I felt that I would not return.  Yet, not heeding anybody’s warnings, I went. <> The biggest disillusionment is that my fears proved correct.  I was indeed betrayed and handed over through weakness of will. “

“I mustn’t bask in illusions, but must also not give in.  It’s unlikely that this will end soon. I see the prospects being: either death, or prison where I will have to spend the next years of my life.  That’s if I don’t die before I get there.  They send terrorists there and not all return alive.  Without medication, I will not survive.  I don’t see any other prospect.”

“I almost don’t think about home.  All of that is past – my home, computer games, food, my parents, friends, all of that is somewhere far back in my memory.  If there’s anything dear, it’s incredibly far away, after all, around me everything is alien.”

Hryb was seized by the Russian FSB in Gomel, Belarus on 24 August 2017, and taken by force to Krasnodar where he was charged with inciting a young Russian girl, (Yershova), to prepare an explosive device to detonate during a school assembly. This is alleged to have been at the instigation of another Ukrainian, Stefan Kapinos, with whom Hryb shared an account on VKontakte.

Nor did the FSB themselves, despite having supposedly discovered such a plan, do anything.  Yet on July 4, they allegedly launched a criminal investigation, with this involving a search of the young Russian girl’s flat.   By July 28, the FSB had designated Hryb as the ‘accused’ in this story, and they then set about intimidating the young girl into persuading Pavlo to meet her in Belarus, from where he was kidnapped and taken to Russia.  She told Ukrainian journalists then that the FSB had told her that if she didn’t cooperate, they would charge her with terrorism (More details here, including of Hryb’s stated belief that the person he met in Belarus and sees in court is an FSB plant and not the young girl with whom he had earlier corresponded with.