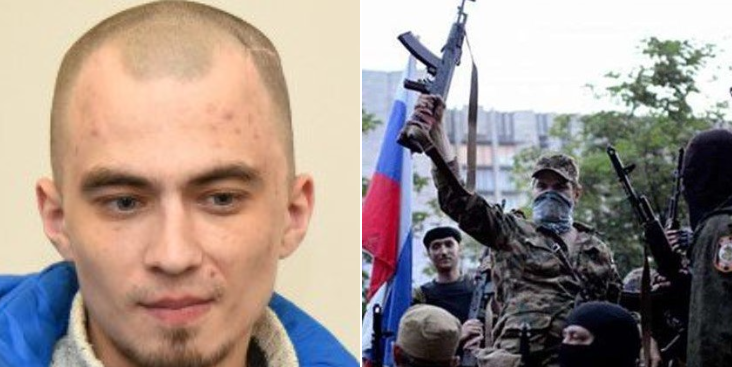 A Latvian court has sentenced 29-year-old Artem Skripnik to five years’ imprisonment and then a further two years’ parole for taking part in the fighting in Donbas on the side of the Russian-backed and armed militants.  Latvia is the latest of several EU countries to take a tough stand against men who join the illegal armed groups in Donbas, although Skripnik’s case appears to have proven more difficult.  The verdict on 28 March 2019 handed down by the Riga District Court overturned a previous acquittal from 4 August 2017.

The prosecution asserted that Skripnik, a resident of Daugavpils with non-citizen status in Latvia,  both took part in the fighting in Luhansk during the Spring of 2015, and trained other fighters to use weapons.  He thus “actively took part in an armed conflict directed against Ukraine’s territorial integrity.”   The Prosecutor General’s Office noted that Skripnik’s actions were in breach of international law and the UN Charter.

There is unfortunately no information as to why the original sentence, passed at a closed hearing, was overturned, and a lot of the information earlier published about Skripnik was from a pro-Russian activist, Vladimir Linderman, who was certainly not an impartial commentator.

Skripnik had reportedly admitted the charges when first questioned by the Latvian Security Police, with the tape of that interrogation shown in court.  During it, Skripnik said that he had been living in Moscow and had, from 2008, taken part in various group activities, including on military subjects. He said that he had received an offer in the summer of 2014 to go with that group to eastern Ukrainian.  He had been offered 20 thousand roubles a day for taking part in the armed conflict.  He was issued with weapons and a uniform in Russia, and he admitted to having taken part in armed action in Luhansk and Donets from July 2014. He admitted to having killed people, saying that as a sniper he had killed more than 100.  He had spent a month in hospital after being wounded, but had then taken part in the conflict until the end of April 2015.

At least during the first trial, Skripnik retracted any confession, asserting that it had been given under psychological pressure.  He claimed that he had taken part in a humanitarian mission taking clothes and other items to the so-called ‘Luhansk people’s republic’ [LPR] from Moscow in the middle of 2014.  This was around the time that Russian neo-Nazi mercenaries Alexei Milchakov and Jan Petrovsky set off from Moscow to Donbas to fight for LNR.   Milchakov wrote that they were provided with weapons, etc. and travelled to Donbas together with other fighters, and with so-called ‘humanitarian aid’.  Milchakov has been quite open about the fact that they were paid for their participation (details here).

The acquittal in August 2017 was a shock, with the prosecutor having demanded a 15-year sentence.  Although, as mentioned earlier, there is little unbiased information in this case, one reason may have been the question of when Skripnik returned to Latvia.  He was charged under Article 77.1 of Latvia’s Criminal Code, although his lawyer and Linderman asserted that this had only come into effect in February 2015, which they claimed was after Skripnik left Donbas.  Article 77.1 envisages up to 10 years’ imprisonment for “participation in an armed conflict outside Latvia which was aimed against the territorial integrity or political independence of the state”.   Linderman made very many other contentious assertions about the prosecution and clearly did not anticipate an acquittal.

Delphi.lv reports that Skrpnik was then arrested again in November 2017 and charged with trying to joint a criminal organization and to take part in the armed conflict in Donbas. It was asserted that he had tried to find contacts and corresponded with a wide circle of people linked with the conflict.

Judging by the reported overturning of the acquittal, it sounds as though this was not a totally new trial and that the Latvian Prosecutor has been able to prove that Skripnik was in Donbas until April 2015, well after the law was passed.

The Security Police have, reportedly, initiated five criminal proceedings against nine people suspected of taking part in the conflict in Ukraine and in criminal organizations.

This sentence in Latvia comes exactly a month after a regional court in Germany sentenced 48-year-old Sergei Kiselev to 2.3 years’ imprisonment for training to fight in the war in Donbas, with the evidence of his active part in fighting against Ukraine currently being studied by Germany’s Prosecutor General.  The German authorities were alerted to Kiselev’s activities after his uncle, Dmitry Kiselyov, head of the state news agency Russia Today, gave an interview saying that his nephew had fought in Donbas.

British citizen Benjamin Stimson also claimed to have been in Donbas “to drive an ambulance” and had never killed anybody.  A Manchester court was unconvinced and sentenced Stimson to five years and four months under the UK Terrorism Act for taking part in the fighting in Donbas on the side of the Russian and Russian-backed militants.   Two Czech nationals are also facing similar terrorism charges.