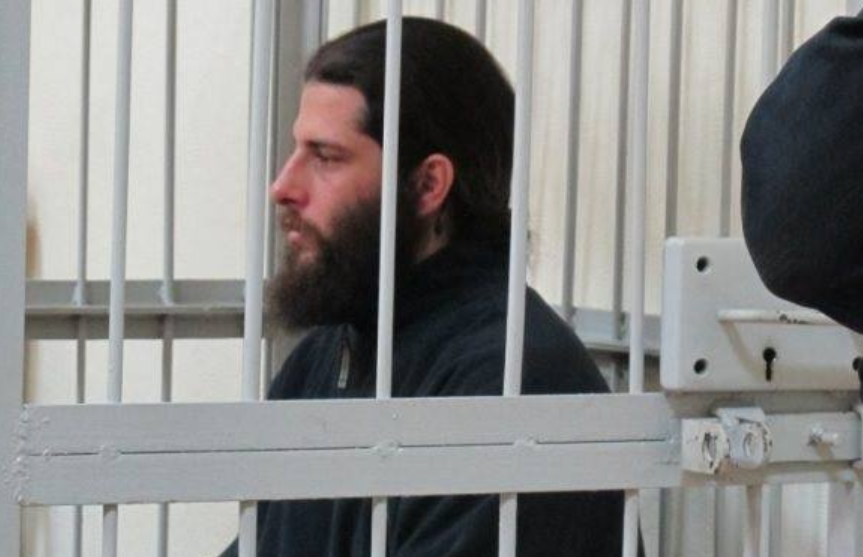 Rafael Lusvarghi’s 13-year sentence for fighting on the side of the Russian-backed militants in Donbas has come into force after the 34-year-old Brazilian’s surprise withdrawal of his appeal.

The appeal hearing took place on 31 July at the Dniprovsky Court of Appeal in Kyiv and, with the appeal having been withdrawn, it remained only for the court to declare the original sentence in force.  The Kyiv Prosecutor’s Office does not indicate whether Lusvarghi gave any reason for withdrawing the appeal his lawyer had earlier lodged on his behalf.

On 2 May 2019, the Pavlohrad City and District Court (Dnipropetrovsk oblast) found Lusvarghi guilty of taking part in a terrorist organization (Article 258-3 § 1)  of Ukraine’s Criminal Code) and involvement in illegal armed groups (Article 260 § 2) and sentenced him to 13 years’ imprisonment, with confiscation of property.  The period in question was seemingly from September 2014 to May 2015.

Lusvarghi had not disputed the charge of taking part in an illegal armed formation, but had earlier denied involvement in a terrorist organization.

There was, in fact, no possibility of denying his very active role on the side of the Russian-backed and armed militants.  Lusvarghi was frequently shown fighting on Russian propaganda channels and reportedly posted a mortar attack on Ukrainian soldiers on social media.

The considerable evidence of his involvement made the fate of the initial trial seem especially frustrating. Lusvarghi left Ukraine, travelling through Russia, and returned to Brazil in the summer of 2016.  He claimed that he had fought for the Russian proxy ‘Donetsk people’s republic’ [DPR]  for  ideological reasons (supposedly fighting ‘fascists’), however he came back in October 2016, having been tricked by the Ukrainian SBU [Security Service] with a pretend offer of work.

He was arrested on his arrival in Kyiv on 6 October 2016 and taken into custody.  On 25 January 2017, the Pechersky District Court in Kyiv found him guilty of the same charges, as he has now been convicted of, and also passed a 13-year sentence.

Then on 17 August, 2016 the Kyiv Court of Appeal revoked  that conviction, accepting the defence’s arguments regarding jurisdiction and the fact that the original trial had concentrated only on his admission of guilt, without consideration of the evidence or of his allegation of illegal force used against him.

The three judges had concluded, for example, that Lusvarghi had not been fully explained his rights when he agreed to the procedure set out in Article 349   of the Criminal Procedure Code. This states that the court can decide to not examine evidence of any part of the charges which are not disputed by either side, but that the person will not be able to appeal against any part of the charges that were not disputed.  Lusvarghi had also asserted during the first trial that he had been subjected to physical force, and had asked for protection and for a medical examination. This had essentially been ignored, and the Court of Appeal was right to take that into account in its ruling, which did not exonerate Lusvarghi in any way and sent the case back for retrial.

Lusvarghi was suddenly released from custody in December 2017 and found his way to the Svyato-Pokrovsky Holosiyivsky Monastery (an Orthodox monastery under the Moscow Patriarchate) on the outskirts of Kyiv.   No explanation was provided, however this came shortly before a major exchange of prisoners was due to take place and it may have initially been assumed that he would be one of the prisoners Ukraine was willing to hand over in exchange for Ukrainian prisoners of war and civilian hostages held in appalling conditions by the Russian-controlled militants..

It is unclear whether this was found to be impossible because of Lusvarghi’s nationality or his unwillingness to be ‘exchanged’; but having already released him from custody, he remained at liberty,.

This was to prove unfortunate for him since far-right activists, seeming from the Azov Civic Corps, turned up at the monastery and forced Lusvarghi, quite roughly, to walk with them to the SBU office in Kyiv where they ‘handed him over’.   The scenes were undoubtedly disturbing, however there was also bemusement that Lusvarghi had been released in this fashion, with no clear idea when he was to go on trial.

He was placed in a SIZO [remand prison] in Dnipro on 9 May 2018, with the trial beginning shortly afterwards.  Assuming that Lusvarghi’s withdrawal of his appeal was not because of some kind of behind-the-scenes arrangement, the Brazilian will be sent to a prison colony immediately.  The period of the sentence will take into account the period he spent in custody.