From Russia with torture : Vitaly Vlasov and other FSB perpetrators in occupied Crimea 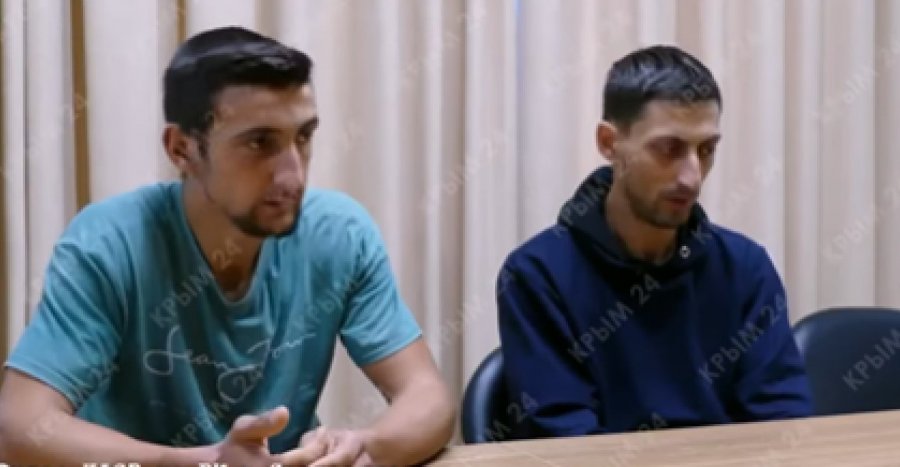 Asan Akhtemov (left), Aziz Akhtemov when the latter was reciting the supposed confession tortured out of him From the FSB video

The political persecution that Russia brought to Crimea in 2014 does not just happen.  It requires serious contingents of enforcement officers; ‘investigators’; prosecutors; ‘judges’ and others willing to play their role in imprisoning innocent men and women. Some of these individuals, like FSB ‘investigator’ Vitaly Vlasov, are implicated in multiple cases of persecution, and it is vital that their actions are known and receive adequate response, including through sanctions, from the Ukrainian authorities and Ukraine’s international partners.

Vitaly Olegovich Vlasov is 32 and from Shimanovsk, in the Amur oblast of Russia.  It is unclear whether Vlasov’s persecution track record back in Russia led Moscow to bring him to occupied Crimea, but he is certainly demonstrating willingness to use all methods, including torture, to fabricate criminal proceedings against Crimean Tatar and other Ukrainian political prisoners.  His everyday ‘work’ has included  ‘extremism’ charges against Jehovah’s Witnesses for discussing the Bible in a Zoom conference and ‘terrorism’ charges against Crimean Tatars for conversations about Islam and persecution in Russia.  It is, however, two high-profile political cases and their reliance on torture that have earned him particular notoriety. 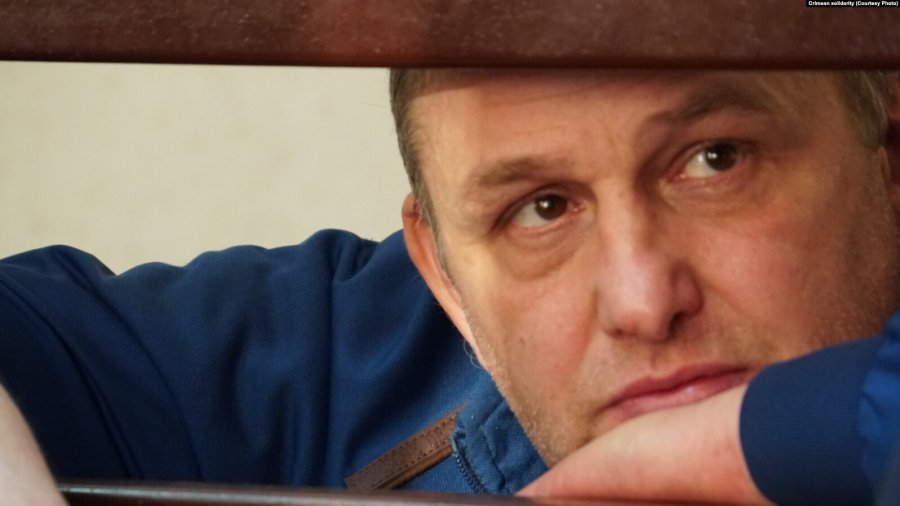 Yesypenko was in Crimea doing commissioned work for the Radio Svoboda Crimean Service [Krym.Realii].  On 10 March 2021, he was seized by traffic police on his way to Simferopol, with the FSB then turning up and forcing him to the ground before claiming to find a grenade in his car.

He was taken to a basement where wires were attached to his earlobes and an electric current switched on.  Between bouts of torture, which also included beatings, they fired questions at him, demanding that he confess to working for Ukraine’s security service, etc.  If they didn’t like his answers, the torture would resume.  At some point he signed the papers they thrust in front of him, and was also forced to take part in a farcical ‘interview-confession’, saying that he had spied for the SBU.

Vlasov, as the FSB ‘investigator’ in this case, is directly responsible.  He also prevented Yesypenko from seeing a proper lawyer for around a month, almost certainly to ensure that the torture marks were not formally recorded.  He foisted a ‘state appointed’ lawyer Violetta Sineglazova, who is already known from a previous prosecution to essentially work for the prosecution, not the defendant.

It was only during a court hearing, on 6 April, that Yesypenko was able to formally reject Sineglazova’s ‘services’ and state that he wished to be represented by independent lawyers.  He also described to the court the torture that he had been subjected to.  This elicited a very negative response from Vlasov and his FSB cronies, and Yesypenko faced further pressure and threats of reprisals if he did not reject his independent lawyer Dmitry Dinze and retract his retraction. 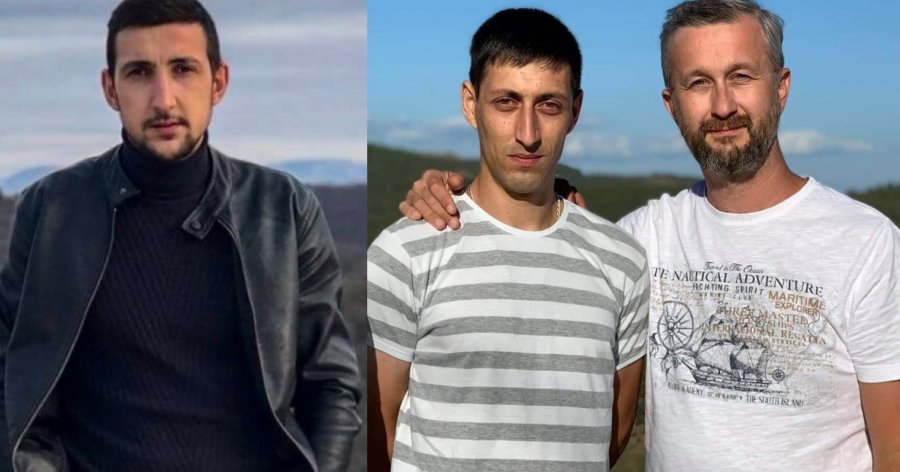 As reported, there are warranted doubts as to whether there even was an act of sabotage, with the damage to a gas pipe reported on the day that Dzhelyal joined Ukraine’s leaders and high-ranking representatives of 45 countries at the inaugural session of Crimea Platform.

The FSB effectively abducted five Crimean Tatars, preventing their lawyers from even learning where they were.  Dzhelyal and two cousins, Asan and Aziz Akhtemov were accused of ‘sabotage’ for Ukrainian Military Intelligence and the Mejlis.  The only ‘evidence’ once again came in the form of ‘videoed confessions’ from the two Akhtemovs while Vlasov was preventing their real lawyers from seeing them.

Both Akhtemovs were finally able to see their real lawyers on 13 and 14 September, ten days after they were taken away in the night.  Both men have retracted the ‘confessions’, and have explained in detail the torture used to extract them.  Although Asan Akhtemov proved harder to break and was therefore subjected to even worse torture, both men have spoken of electric currents being sent to wires attached to their earlobes.  Asan’s lawyer Aider Azamatov repeatedly contacted both the ‘lawyer’ whom Vlasov tried to foist on Asan (Oleg Glushko) and Vlasov to indicate that he was Asan’s lawyer.  Both men ignored this, and would very likely have continued to do so had it not been for European Court of Human Rights intervention.  Both Akhtemovs also received threats, including to their families, if they didn’t ‘cooperate’, with huge psychological pressure also seen immediately after their initial meetings with their lawyers.  It is very likely that the additional charge laid against Asan Akhtemov on 18 September (raising the possible sentence to 20 years) is in revenge for Asan’s insistence on an independent lawyer and his detailed account of the torture he was subjected to. 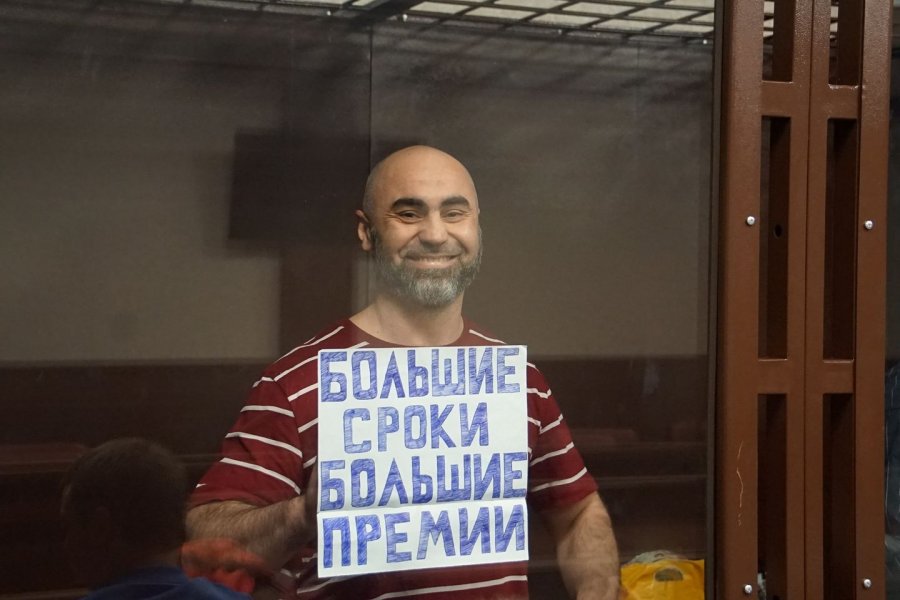 It may or may not be coincidence that Vlasov appears to play a much less prominent role in cases without ‘videoed confessions’ which the men retract as soon as efforts to stop them seeing independent lawyers are thwarted.

He is not one of the key persecutors in Russia’s conveyor belt prosecutions of Ukrainian Muslims, however has played some role in the persecution of two civic activists – Eskender Suleimanov and Eldar Kantimirov These cases all bring spurious ‘terrorism’ charges based solely on a flawed Supreme Court ruling in 2003 which declared the peaceful transnational Hizb ut-Tahrir  party to be ‘terrorist’.  Russia s very obviously using these prosecutions as a weapon against Crimean Tatar civic activists and journalists. Like all the FSB ‘investigators’, Vlasov cannot have failed to notice that men are being sentenced in Russian courts to up to 20 years without any crime and without any real proof even of involvement in Hizb ut-Tahrir , let alone of grounds for calling the party, which is legal in Ukraine, ‘terrorist.

10 years for reading the Bible 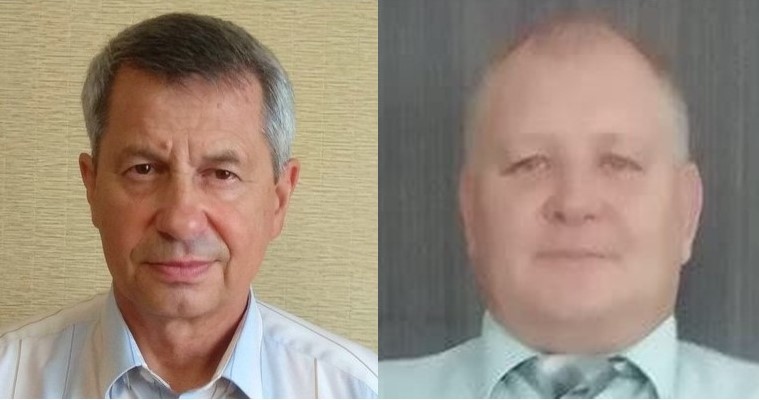 On 2 August, Vlasov initiated charges of ‘organizing the activities of an extremist organization’ (under Article 282.2 § 1 of Russia’s criminal code) against two men: 60-year-old Oleksandr Lytvyniuk and Oleksandr Dubovenko (48).  The charges, which carry a sentence of up to 10 years’ imprisonment, are over a Zoom conference which Vlasov & Co. claim was to “attract new members of a banned organization’.

Literally all of the above cases, involving Vlasov, are based on all or some of the following: ‘confessions’ obtained when men were prevented from seeing independent lawyers and retracted as given under torture; on ‘anonymous witnesses’ whose testimony cannot be verified; on dubious ‘expert assessments’ of innocuous conversations; and on shocking violations of such fundamental rights as freedom of conscience; the right to a fair trial; freedom of speech, etc.

The Centre for Journalist Investigations has tracked down social media photos of Vlasov which can be found here.  Enough information is available to both identify him and the victims of the persecution which he is abetting Russia with in occupied Crimea.