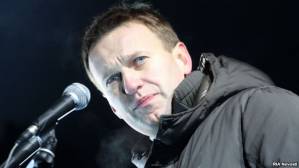 Russian anticorruption blogger Aleksei Navalny speaks at the For Fair Elections rally in Pushkin Square in Moscow on March 5.

Three opposition leaders are due in court after being forcibly detained along with hundreds of other protesters who rallied in central Moscow to question the legitimacy of Prime Minister Vladimir Putin’s election to a third term as the country’s president.

Opposition leaders Sergei Udaltsov, Ilya Yashin, and Aleksei Navalny -- along with other detainees -- have since been released but were scheduled to appear in court on March 6 to face charges connected with the protest.

Navalny and Udaltsov were reportedly charged with administrative offenses and faced fines of up to 2, 000 rubles (some $70) each. Yashin was charged with violations over the holding of the rally and faced up to 15 days in jail.

Television and user-generated video footage showed Interior Ministry riot police (OMON) moving into the square to detain or brutally eject at least 200 protesters who remained past the scheduled conclusion of the sanctioned rally.

Police detained some 250 people in Moscow, and another 300 in St. Petersburg, at another anti-Putin protest.

According to official results of the March 4 election, Putin, the current prime minister, won a third mandate as president, taking some 64 percent of the vote in a landslide victory.
Spokesman Defends Arrests

Putin’s spokesman has defended the arrest of the  demonstrators who took part in protests against Russia’s presidential election.

Dmitry Peskov said on March 6 that police showed "a high level of professionalism" and effectiveness in handling the protests.

Speaking with an official at an Election 2012 monitoring center in Moscow, Putin did admit to violations during the March 4 vote.

"There were, of course, violations, " Putin said. "We need to identify them all, weed them out, and make everything clear to everyone that the situation is constantly monitored and under control."