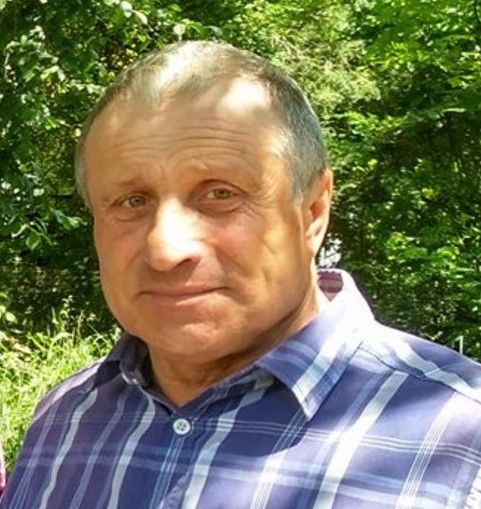 The only ‘good’ news is that the sentence demanded is much less than the five-year real sentence which the charges could carry.  In such political cases, there is effectively no likelihood of an acquittal.

Semena is one of three people charged under a new article of the Russian criminal code which came into force in May 2014, and has, as feared, been used against people who express the same position on Crimea as that held by the UN General Assembly, all international treaties and organizations.  Semena, Crimean Tatar leader Ilmi Umerov and Crimean Tatar activist Suleyman Kadyrov are all accused under Article 280.1 of Russia’s Criminal Code of having made ‘public calls to action aimed at violating Russia’s territorial integrity’

The charge is surreal, since the so-called ‘territorial integrity’ in question is, in fact, the result of Russia’s land-grab which has been condemned by UN, EU, OSCE, all democratic countries and confirmed as occupation by the International Criminal Court.  The men all expressed the position on territorial borders which the Russian Federation agreed to uphold in multiple international agreements that it has not withdrawn from.

As Semena rightly noted in court on September 18, Russia’s ‘law’ which purportedly including Crimea and Sevastopol within the Russian Federation is in violation of Russia’s own Constitution and laws.

Semena is accused of having made the supposed ‘public calls’ in an article entitled “The Blockade – a necessary first step to the liberation of Crimea”.  The text was written in September 2015, and posted on Krym.Realii as an opinion piece, a response to the concerns expressed in a first op-ed about hardships that the civic blockade, initiated with detailed human rights demands, could cause.

Semena and his lawyers are adamant that he was merely expressing his opinion.  While it is undoubtedly his courage in openly expressing this opinion that Russia is trying to crush, it has claimed there were public calls to action.

To achieve this, the same same supposed ‘FSB linguistic expert’ was used as in the trial of Umerov.  It is abundantly plain that in neither case was professional competence a deciding factor. The ‘assessment’ which Olga Nikolaevna Ivanova made of Semena’s text is littered with the same grammatical mistakes as in the FSB method statements which she obviously just copy-pasted.

The defence has obtained a review of Ivanova’s assessment prepared by a top professional in Moscow – Yelena Novozhilova.  She is scathing both about the howling blunders in the document, and about Ivanova’s conclusions.  Ivanova’s assessment, she writes, does not comply with the norms of the Russian criminal procedure code and other legislation.  The questions she was asked to ascertain the presence of the supposed ‘public calls’ were formulated incorrectly, and assumed an answer relating to law which did not form part of Ivanova’s scope of expertise, and should have been rejected.

As reported earlier, according to Russian legislation, a ‘public call to action’ needs an addressee.  When challenged in court by the defence to explain who is allegedly addressed in Semena’s words “the blockade should be intensified”, Ivanova claimed that the modal of obligation (should be) constituted such a call.

Pushed on this, she was, however, forced to acknowledge that there was no specific addressee in the phrase “the blockade should be”, that this “follows from the context” and, eventually, that the supposed ‘public calls’ had been indirect, with the audience also just as vague.

The criminal charges are not at all vague, nor the consequences for Mykola Semena.  He has been prohibited from leaving Crimea to seek urgently needed medical treatment in Kyiv, and has been placed on Russia’s ‘List of Terrorists and Extremists’, with this leading to bank accounts being frozen and other major implications on his day-to-day life,

The verdict is due on September 22.