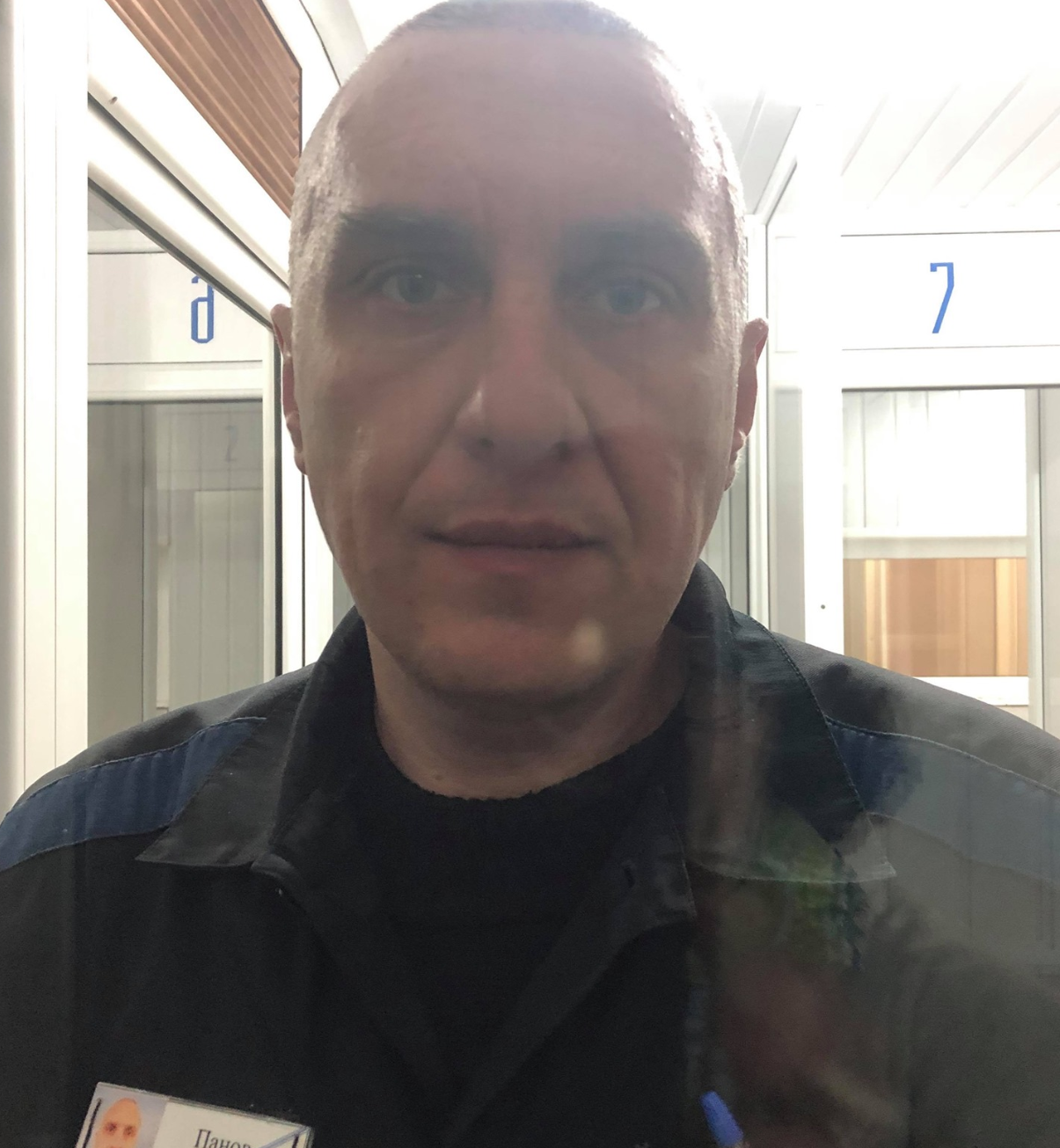 Yevhen Panov is only 42, but he looks ten years older after the torture he was subjected to and almost three years in Russian captivity. The Ukrainian political prisoner is imprisoned in the Siberian city of Omsk, with the other prisoners referring to him as ‘Granddad Panov’.  If Moscow has its way he will remain imprisoned for a further five years, with the harshness of his sentence in large part due to his adamant refusal to ‘cooperate’ and admit to the preposterous charges laid against him.

Panov’s lawyer Vera Goncharova recently visited Panov and was able to show him the 40 pages of birthday greetings collected on Facebook.  Panov’s brother, Ihor Kotelyanets says that in earlier letters, his brother had often used the phrase “if anybody still remembers me”.  He adds: “The hundreds of greetings and best wishes have, I think, removed this question for a long time.  He was truly very touched by such widespread attention.”

Although there is plenty to say that is negative, especially about the prison’s failure to provide him with medical care, our letters are not just important moral support for Panov himself. Kotelyanets is convinced that the fact that so many people are following what happens to Panov makes him safer, and the prison authorities less likely to resort to sundry repressive measures.

Panov continues to show that his Russian captors have not broken his spirit.  He has refused to work in the prison, as he has no intention of making any contribution to the Russian economy.  Some FSB officers recently turned up at the prison and claimed that all prisoners were obliged to undergo a lie-detector test.  They sat Panov down and started asking questions about politics, after which Panov refused to speak with them and left. Kotelyanets says that the FSB were forced to give up in Panov’s case.  They had thought that everybody would tremble if they just looked at them, and Panov is certainly proving that they’re wrong.

Panov is from Emergodar in the Zaporizhya oblast, and was working as a driver for the Zaporizhya Nuclear Power Plant.  He had also responded to Russia’s invasion of Crimea and military aggression in Donbas by actively working as a volunteer, both in civil defence for his city and in helping the Ukrainian army.

On August 6, 2016, the then 39-year-old Panov responded to a phone call, seemingly from a fellow volunteer, asking him to help evacuate a family from Russian-occupied Crimea who were in danger. This, however, his family only discovered much later, after he disappeared.

The first they learned of his whereabouts was on August 10 when Russia’s FSB [security service] claimed that it had foiled terrorist acts planned by the Ukrainian Defence Ministry’s military intelligence and targeting critically important parts of Crimea’s infrastructure.  This was aimed, the FSB asserted, at destabilizing the situation in the run-up to Russia’s parliamentary elections which were illegally taking place in occupied Crimea.

The video produced by the FSB was shown widely on state-controlled Russian media and showed Panov ‘confessing’ to working for Ukrainian military intelligence.  He looked very obviously beaten and gave the impression of saying what he had been instructed to say.

Both Panov and Zakhtei were moved to Moscow shortly after that brief meeting and placed under heavy pressure to give up their independent lawyers.  They refused and were soon moved back to Crimea, where they remained under huge pressure.  This included threats of a much worse sentence if they didn’t comply and Zakhtei finally agreed to cooperate.  He pleaded ‘guilty’ and gave up his lawyer, yet a Russian-controlled court in Crimea still sentenced him on 16 February 2018 to 6.5 years imprisonment.

Everything about this case was immensely shoddy with no evidence to back the charges. A telling detail is that of the four men accused of involvement in a supposed plot which they were shown on Russian TV ‘confessing’ to, one - Redvan Suleymanov – ended up accused of something only slightly linked to the original ‘confession’, while Volodymyr Prysich was sentenced on May 18, 2017 to 3 years’ imprisonment on the totally different charge of possession of a narcotic substance.  Like Panov and Zakhtei, he asserts that he gave his original ‘confession’ under torture.

There was also no evidence to substantiate these charges, and the alleged ‘stockpile’ contained no DNA or fingerprints to link it with either Panov or Zakhtei.

None of this stopped ‘judge’ Andrei Paly, a Russian from Kaliningrad, from passing the guilty verdict required of him and sentencing Panov to 8 years’ imprisonment.