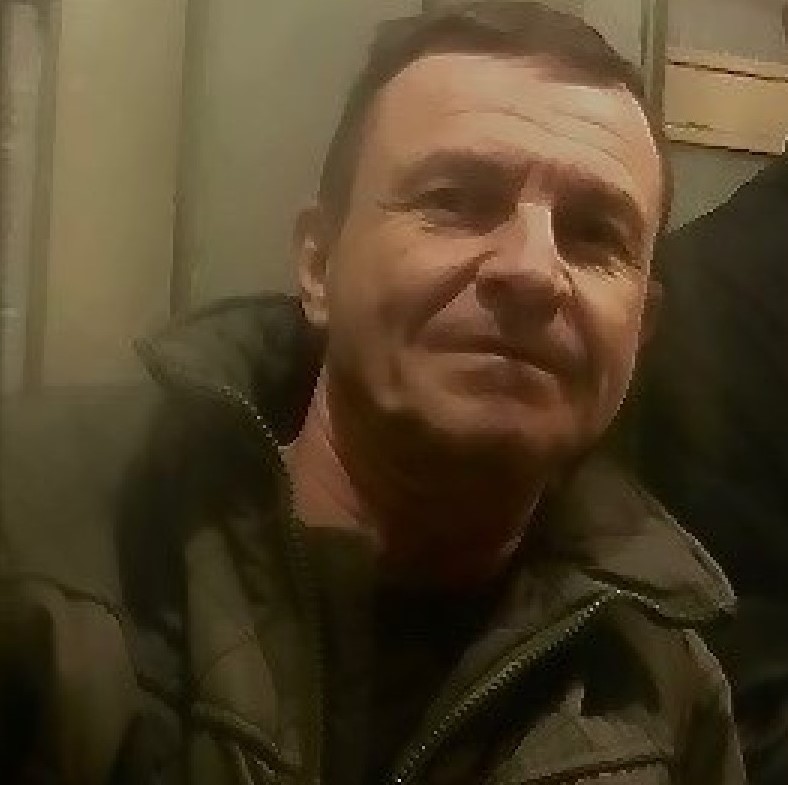 Volodymyr Dudka is spending his 56th birthday on 30 September in a Russian prison.  This is the fourth birthday that the former Ukrainian naval captain, arrested in Russian-occupied Crimea, has spent in Russian captivity, and with the politically motivated and fabricated ‘trial’ that ended in 14-year sentences against Dudka and Ukrainian academic Oleksiy Bessarabov long over, there is little new to tell.  Silence in the absence of ‘breaking news’ is, however, a gift to Moscow and a message that such cynical destruction of men’s lives for anti-Ukrainian political trials can continue unhampered.

We believe, and hope you agree, that our voices should be heard in defence of the victims of persecution, rather than our silence helping the perpetrators.  The sheer scale of Russian repression in occupied Crimea, and the number of Crimean Tatar and other Ukrainian political prisoners can seem overwhelming.  Each of them has a birthday, however, and on Volodymyr Dudka’s special day that he cannot spend with his son and granddaughter, please send messages of support to him, and tell the world about his plight.  There should be no business as usual when Russia is flagrantly violating international law by staging political trials of Ukrainians on occupied territory, and that is a message that each of us can send – to journalists, elected representatives, etc.

Russia made two attempts in 2016 to fabricate ‘Ukrainian saboteur plots’.  Its first attempt in August 2016 was met by the international community with open disbelief.

The second was no less credible, however the FSB had learned its lesson, and instead of arresting four ‘plotters’ who had never set eyes on each other, they targeted three friends from Sevastopol who had all once served in Ukraine’s Navy.  Dudka, an engineer by education, had served his country for 27 years, as Commander of the ‘Simferopol’, a reconnaissance ship, before retiring early on health grounds.

Dudka was, in fact, on his way to the hospital for treatment of his inflamed stomach ulcer on 9 November 2016, when he was seized by FSB officers.  On that same day, the FSB arrested two friends of his, both former naval men and world-known academics, Oleksiy Bessarabov and Dmytro Shtyblikov.

The FSB first claimed on 10 November 2016 to have detained “members of a terrorist – sabotage group from the Ukrainian Defence Ministry’s Military Intelligence who were planning to carry out acts of sabotage on sites of military and vital civilian infrastructure in Crimea”. It asserted that powerful explosive devices, weapons and ammunition had been found, together with special communications devices, maps of the supposed sabotage targets and “other material evidence of their criminal activities”.

Despite such grandiose claims, the only video footage released over the next few days was of supposed ‘confessions’ to working for Ukraine’s SBU [Security Service] from Shtyblikov and Bessarabov, and a bizarre video showing the seizure of Shtyblikov, and then the ‘search’ of his home.  Had the FSB really found weapons and ammunition, they would not have focused on, for example, the Ukrainian trident, a Ukrainian flag on the wall, a notorious fake ‘Right Sector’ business card and on the airguns that Shtyblikov used in playing paintball.

Dudka was only able to see an independent lawyer five days after being seized, on 14 November 2016.  The meeting was cut after only 17 minutes, probably because Dudka had managed to tell the lawyer that he was innocent and that he had ‘confessed’ under torture and threats to his family.  Bessarabov appears to have spent even longer without a lawyer, and Shtyblikov, whom the FSB had designated the ‘ringleader’, was effectively always prevented from receiving independent legal assistance.  It is very likely that he was also subjected to torture, and we know that they directly threatened to arrest members of his family. This is very likely the reason why he agreed to ‘admit guilt’ and on 16 November 2017 received a five-year sentence.

In both Dudka’s and Bessarabov’s cases, illegal methods were used to obtain saliva and other DNA material, without any protocol being drawn up and without a lawyer present.   Supposed ‘biological traces’ from both defendants were ‘found’ on a map of the city which allegedly showed the places where the men were supposed to have been planning acts of sabotage.  An expert analysis, however, demonstrated that the traces were only on the edge of the map and not over the entire surface, which would make no sense if this were really, as asserted, a map that the men were using.

There is a similar situation with the telephones that the men said were planted on them. The prosecution had claimed that some person involved in Ukrainian military intelligence in Kharkiv had asked a stranger in Crimea to buy the telephones and pass them over to the defendants.  Dudka’s lawyer, Sergei Legostov commented at this point that the story was worse than the shoddiest detective novel.

Dudka and Bessarabov were sentenced on 4 April 2019 to 14 years’ imprisonment and steep fines, with the sentences so high almost certainly because both men had refused to ‘cooperate’ with the FSB.  Judges Igor Vladimirovich Kozhevnikov; Vasily Aleksandrovich Avkhimov; and Vladimir Ilych Reshetnyak, from the South Caucuses (now the Southern District) Military Court in Rostov ignored the considerable evidence of falsification and total lack of real proof, as well as the men’s consistent accounts of torture.  Russia’s Supreme Court proved just as willing to condone political persecution and upheld the sentences in full on 15 October 2019.

The authoritative Memorial Human Rights Centre has long expressed concern about these supposed ‘saboteur’ trials, and has formally recognized Dudka and Bessarabov; Stohniy and Shabliy as political prisoners.  The fact that Shtyblikov is not formally recognized as such is purely because, having been deprived of a lawyer, he was pressured into admitting the preposterous charges.

Happy Birthday!  I wish you good health, strength and good spirits, faith and hope that your most cherished dream will come to pass!  Please know that you are not forgotten!]

Or if not linked with Volodymyr’s birthday: