Remembering Vasyl Stus, a voice raised against tyrannyKremlin’s proxies purge memory of victims of Holodomor and political repressionRussia’s ’new approach’ to Stalin and extended secrecy about his victimsStalin Museum: Putin’s Russia Immortalizes Bloody DictatorAnger and Protest over Stalin Monument in YaltaPortrait of Stalin appears in Russian-occupied CrimeaStalingrad as latest step in re-glorification of tyrantNeo-Nazis in Moscow’s ServicePro-Russian separatists start their own anti-Semitic TV channelPro-Russian, anti-Roma, anti-Semitic and hunting out Ukrainian speakersThe Donetsk anti-Semitic leaflets – what should not be overlookedEast Ukraine crisis and the ’fascist’ matrixRussia continues its false narrative as defender of oppressed minorities in UkraineRussian propaganda claims Jewish organizations supporting Maidan are bringing on "second Holocaust"The Crimean referendum’s neo-Nazi observersPutin’s Neo-Nazi HelpersChief Rabbi and others dismiss Putin’s “anti-Semitic extremist” claimsRussian propaganda must be challengedWestern Media: Don’t distort the situation in Ukraine!Russia’s aggression poses dangers beyond Ukraine’s borders
• Topics / Dissidents and their time 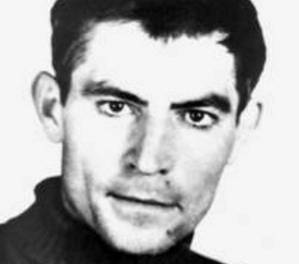 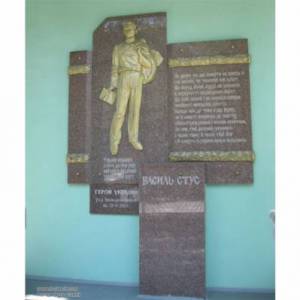 Vasyl Stus, the great poet, human rights defender and Ukrainian patriot who died in the notorious Perm-36 labour camp in September 1985 has finally been properly honoured by his university.  Poignantly, it took the university’s own exile to make this possible.  Following a historic decision on June 10, the university will now be known as the Vasyl Stus Donetsk National University [in Ukrainian Донецький національний університет імені Василя Стуса].

The university has been in exile since Kremlin-backed militants seized control of Donetsk in 2014 and created the so-called ‘Donetsk people’s republic’.  It is based, hopefully temporarily, in Vinnytsa.  It was there on Friday that a staff conference voted with an overwhelming majority [75 out of 105] to name the university after its most famous son.

The Kremlin’s proxies in Donbas have, on the contrary, been waging an aggressive campaign against memory – both of Vasyl Stus, and of the victims of Holodomor [the manmade Famine of 1932/33] and political repression.

On May 5, 2015 militants violently ripped down the memorial plaque (that above) with an image of Stus on the original university building. They were reported then to be planning a memorial plaque instead to a Soviet spy Nikolai Kuznetsov.

The militants were yet again aping the line increasingly taken by Russia under President Vladimir Putin.  The vital museum to the Victims of Political Terror at the Perm-36 camp has been turned into a cynical travesty.  It was at that labour camp that Stus died on September 4, 1985.

There was an earlier aggression reaction to Stus from the pro-Kremlin Izvestia newspaper in 2009 when an initiative group of students and lecturers from the university sought - unsuccessfully - to have the university named after Stus.  The students called Stus “a poet of great force, a well-known human rights defender, an uncompromising champion of high ideals, a true Hero of Ukraine who gave his life for its future.”  Izvestia claimed he was a little-known “Ukrainian nationalist”.

Stus was 47 when he died.  He was married, with a teenage son and was serving a second term of imprisonment for what the regime called “anti-Soviet agitation and propaganda.

The circumstances of his death remain unclear but it seems likely that Stus died of heart failure while on hunger strike.

Exactly 20 years earlier, on Sept 4, 1965, a premier showing of a film by Sergei Paradzhanov had turned into a public act of protest against a wave of arrests of Ukrainian intellectuals.   Stus was among those who rose to their feet “in protest against tyranny”. That cost him his PhD studies, while others involved lost their jobs.

He had suffered serious damage to his health during his imprisonment and exile, but this did not stop him from engaging in protest again after returning to Kyiv in 1979.

He was arrested the second time in 1980, with the ‘repeat – anti-Soviet propaganda – offence’ classifying him as a ‘particularly dangerous criminal” and resulting in a sentence of 10 years ‘special’ – the harshest - regime labour camp and five years’ exile.

Please remember that there are again political prisoners who desperately need support, letters and pressure placed on Russia.  The number in Russian-occupied Crimea is ever-increasing, but the following is more or less up to date