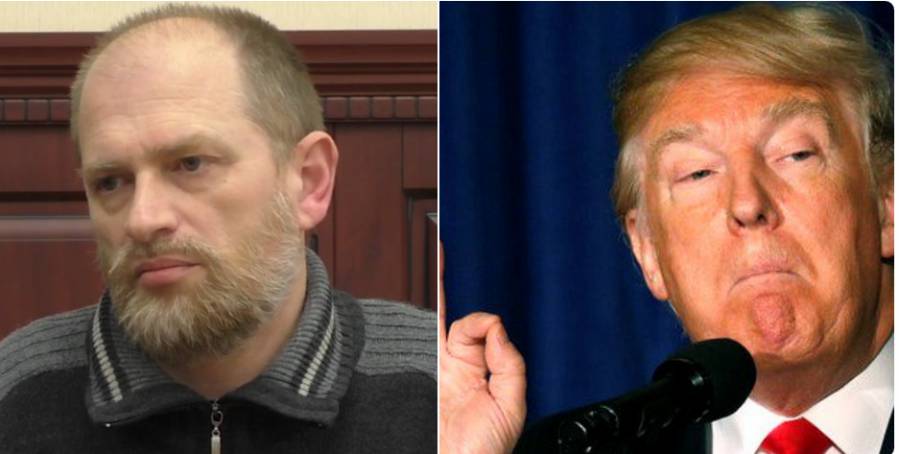 Militants from the so-called ‘Luhansk people’s republic’ [LNR] have posted another videoed ‘confession’ from one of the pro-Ukrainian Luhansk bloggers they are holding prisoner.  It is difficult to see the point this time, unless to please Russia by claiming that Ukraine also tried to hack a US presidential candidate - the one Russia supported.

Edward Nedelyaev, posting and reposting pro-Ukrainian comments, often critical of Russia and life in militant-controlled Donbas, under the name Edward Ned and @Edward_Luhansk, was ‘arrested’ by the LNR ‘security service’ on Nov 22.  Both he and fellow blogger Hennady Benitsky, seized shortly afterwards, are totally under the control of the militants and doubtless have no access to lawyers or their families.  Earlier videoed ‘confessions’ have been suspiciously similar to the videos increasingly used by the Russian FSB as the sole ‘evidence’ to justify arrests of Ukrainians on charges of ‘sabotage’, ‘spying’ or even ‘terrorism’ in occupied Crimea.

On the video posted on Jan 11, Nedelyaev is asked by an anonymous (and disguised) voice what he is accused of.  The answer already speaks volumes.  He is charged with “circulating information via the Internet about what is going on in Luhansk and with working for the Ukrainian Security Service – also via the Internet”.

The voice then asks if he received tasks from the SBU [Security Service] that he didn’t want to or didn’t carry out.

Yes, Nedelyaev answers. The SBU asked him to hack US presidential candidate Donald Trump’s election headquarters and he refused.  Asked if this was through ‘convictions’, he effectively says no, explaining that he is not a hacker.

Unthwarted, Ukraine’s SBU is then supposed to have instructed him to post texts on his Facebook page calling Donald Trump analogous to Russian President Vladimir Putin and saying that his election would be a threat to democracy, and that “his adviser Paul Manafort is even worse”.

His services to the SBU remain a mystery since here too Nedelyaev says that he did not carry out this task.  Politics is not one of his interests, he asserts, and he doesn’t write about things he knows little about, or people whose existence he knows about only from the SBU.

He was clearly prompted at that point and adds, “for example, Paul Manafort”.

On this, the heavily edited video clip ends.

The absurdity of the accusations seems to demand some secret aim, though it is difficult to find one.  Even the SBU’s harshest critics do not think them so obtuse or strapped for choice that they would ask a blogger, already in danger for his pro-Ukrainian position in militant-controlled territory, to try his hand at hacking.  There is no evidence that Ukraine tried to hack Trump’s election headquarters, and if others did, they are clearly saving the information for a later date.  It was, indeed, the fact that only the Democrats were obviously targeted in hacking attacks that first aroused suspicion and US intelligence has now stated clearly that it was Russia that played a direct role in hacking with the express aim of helping Trump win.

The Donbas militants follow Russia’s lead in most things, and the obvious preference for Donald Trump and abundance of negative information about Hillary Clinton seen on all pro-Kremlin media was just as evident on militant sites.  It is alarming, but not, perhaps, unexpected, that their enemies now appear to be those with a pro-Ukrainian position – or one against US President-Elect Donald Trump.