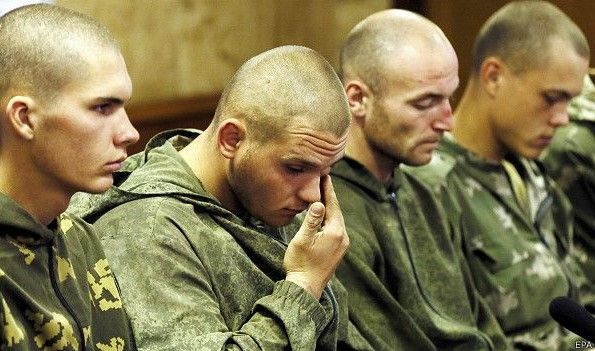 Russia’s FSB has detained yet another Ukrainian on bizarre charges of ‘spying’ for the Ukrainian Defence Ministry.  The story, like most FSB arrests of Ukrainians, is based solely on a videoed ‘confession’, but there are some curious differences.  The 27-year-old, who is unnamed, is supposed to have spied on the Kremlin-backed militants of the so-called ‘Donetsk people’s republic’ [DPR], as well as in the Rostov oblast and Samara in Russia.  As well as being unnamed, the man’s appearance is blurred.

The story was very widely published by Russian state media, presumably because of the clear message that Ukraine’s Defence Ministry is potentially organizing terrorist acts in the Russian Federation.  The absurdities in it rather suggest that this may be a local FSB initiative, with officers having come upon a Ukrainian and decided to try to get credit with their bosses for “catching a Ukrainian spy”.

The young man is supposed to have spied on the railway station in Samara, and prior to that on various forms of transport in the Rostov oblast.  On the video, he reels of the places that he was purportedly instructed to carry out visual reconnaissance of, with these including the location of guards and police and their number, as well as the positioning of CCTV cameras, and whether you need a pass to get in or leave.  Lest anybody be still unclear what dastardly acts Ukraine is planning, the young man states at the end that he did understand that the information that he was collecting for the Defence Ministry could be used to carry out acts of terrorism.

It is clear from the video that the young man knows what he is supposed to say and he is even prompted at one point, when he has obviously forgotten something.

This makes what he says about his alleged activities in Donbas particularly interesting.  He again claims that he was carrying out tasks for the Defence Ministry.  These involved the same “visual reconnaissance”, but with the aim here of identifying and locating military technology, what kind of uniforms the men where and whether there are Russian military personnel.

There is already considerable proof of direct Russian military involvement in the conflict in Donbas, however this seems the one area where the information would genuinely be of interest to Kyiv, especially given its legal suits in international courts over Russian aggression.

One other worrying link with the Donbas militants is that the latter recently captured two Ukrainian intelligence officers and are now very obviously using illegitimate methods to force out ‘confessions’ regarding alleged Ukrainian plans for ‘terrorist acts’ in both the militant ‘republics’ and in Russia.  As is the Russian FSB.

Whether or not, the Ukrainian was ‘spying’ on the militants, this is categorically not something that the FSB can legitimately seek somebody’s prosecution over.  The very fact that it is mentioned at all is baffling, especially since it seems likely that the FSB are planning to return him to Ukraine and ban him from entering Russia, rather than yet another fully-blown ‘Ukrainian spy’ trial.