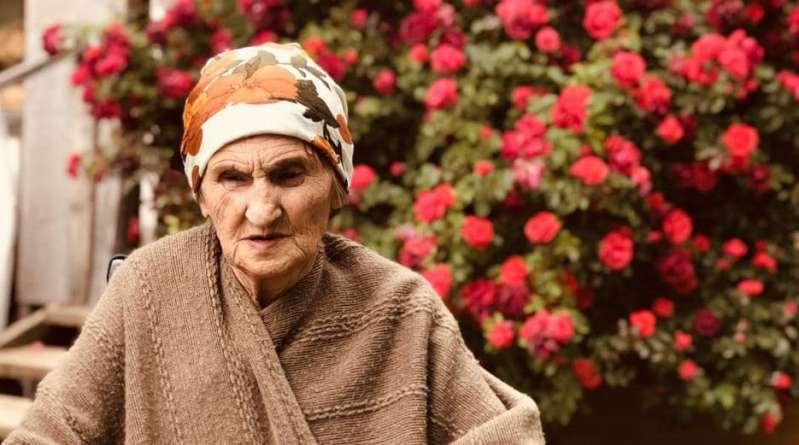 Aliye Mesutova died in the early hours of 27 October 2020, a year and a half after her son, Ruslan, was arrested on the monstrously fabricated charges that have become a standard weapon of Russia’s persecution of Crimean Muslims  She had scarcely seen her son since his arrest, with permission for a visit in May this year, organized with the help of Mesutov’s lawyer, arriving on the day that Mesutov was taken to Rostov-on-Don in Russia for the so-called ‘trial’.  A computer had been set up in her room, so that the elderly lady could at least follow details about her son’s persecution and the political trials of other Crimean Tatars reported by the vital Crimean Solidarity initiative.  She recently recounted to Mumine Saliyeva, human rights defender and wife of prisoner of conscience Seiran Saliyev, how she had received a call from Ukraine’s Consul in Rostov-on-Don, Taras Malyshevsky.  “He told me that I have a wonderful son and said so many good things about him. He’d visited him in the SIZO, and says that the issue of Crimea and political prisoners is raised on all international platforms.”

Her funeral on 28 October will be the second this week where a son is not allowed to carry out his duty and accompany his mother on her final journey.  On 26 October Asiye Ablyamitova died two months after her son, Medzhit Ablyamitov was arrested. The young man had returned to occupied Crimea from mainland Ukraine to care for his mother during her treatment for cancer, and was then prevented from being with her at the end.  An end which was very likely precipitated by the terrible stress that she endured without her son and knowing that he was facing a 15-year sentence on politically-motivated charges.  In 2017, following public protest far beyond Ukraine, the Russian occupiers ‘gave’ imprisoned Crimean Tatar Mejlis leader Akhtem Chiygoz just ten minutes to bid farewell to his dying mother.  They refused to let him attend her funeral.  In all other cases, political prisoners have been prevented from seeing dying parents or from being at their funerals, and in perhaps the most brutal of cases, Ruslan Suleymanov was not allowed to attend the funeral of his three-year-old son, Musa.

It should be stressed that there is absolutely no good reason for such brutality.  Not one of men was or is accused of any recognizable crime, and there is no justification at all for their detention or the monstrous sentences that some are already serving.

55-year-old Ruslan Mesutov is one of four Crimean Tatars from Alushta in the Yalta region of occupied Crimea whom the renowned Memorial Human Rights Centre recognized as political prisoners in September 2020.  It condemned Russia’s persecution of Mesutov; Lenur Khalilov; Ruslan Nagayev and Eldar Kantimirov and pointed out that the men are charged under Russia’s terrorism articles, without actually being accused of terrorism and are imprisoned for the “non-violent exercising of their right to freedom of conscience, religion and association”.

The men were arrested as part of a series of nine armed searches and arrests on 10 June 2019 in three different parts of Crimea.  They are indeed charged under terrorist legislation, without any terrorism or in fact without being charged with any internationally recognized crime at all.  Russia has developed a conveyor belt of repression in which these men, like other Crimean Muslims, are accused solely of unproven ‘involvement’ in Hizb ut-Tahrir, a peaceful transnational movement which is legal in Ukraine. Russia has never explained why, in 2003, it declared a movement that is not known to have committed acts of terrorism or violence anywhere in the world ‘terrorist’.  In this case, Lenur Khalilov and Ruslan Mesutov are charged with the more serious ‘organizer’ role under Article 205.5 § 1 of Russia’s criminal code, with this carrying a likely sentence of 19-20 years.  Eldar Kantimirov and Ruslan Nagayev are accused of ‘involvement in such an alleged ‘group’ (Article 205.5 § 2), with the sentences also between 10 and 20 years.   They are also charged, under Article 278, with ‘planning to violently seize power’.  This additional charge is believed by Memorial HRC to be generally used against people who refuse to ‘cooperate’ with the investigators (which all Crimeans in these cases have refused to do).

The entire ‘case’ against them appears to be based on illicit tapes of conversations which FSB-loyal ‘experts’ assess as required.  In its statement, Memorial pointed out that “the Crimean Muslims are guilty only of being participants in religious organizations” and their persecution is in breach of Russia’s Constitution which guarantees freedom of conscience.  The men also supported other political prisoners and their families and Memorial notes that “the convenient and customary accusation of involvement in Hizb ut-Tahrir has become a weapon for crushing solidarity movements in Crimea”.

This case is particularly shocking in that it has targeted the leader (Khalilov) and Mesutov, a member, of the independent ‘Alushta’ religious community, which has been subjected to a systematic offensive under Russian occupation.  The religious community has long been in conflict with the Muftiat, which, under Mufti Emirali Ablayev, chose to collaborate with the Russian occupation regime.  The conflict is both because the Alushta community was viewed as too independent, and because the Muftiat wanted control of the Yukhany-Dzhami Mosque, which has legally been in the hands of the community since 1994.  In 2017, the occupation regime revoked the community’s ownership with Russian-controlled or Russian courts, right up to the Supreme Court upholding this illegal ruling.

Another victim of this appalling attack is Muslim Aliev, a recognized political prisoner and Amnesty International prisoner of conscience, who is now serving a horrific 19-year-sentence.

PLEASE WRITE TO ALL OF THE MEN!