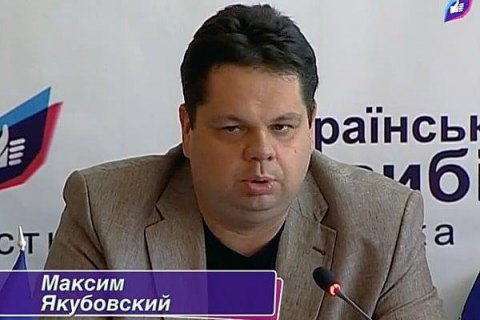 The appointment of a person associated with notorious pro-Russian politician Viktor Medvedchuk as Deputy Prosecutor General and reports that is to be in charge of Maidan cases seem another slap in the face to the families of slain Maidan victims, one of many over the last year.

The assurances given by Ukraine’s President Volodymyr Zelensky and Prosecutor General that the trial of five ex-Berkut officers, accused of gunning down peaceful Maidan protesters, would continue despite the suspects having been released in exchange for Donbas hostages, have proven as empty as feared.

It became clear in December 2019 that the five men suspected of mass murder of 48 Maidan activists were to be handed over to the Russian-controlled Donbas militants in the prisoner exchange of 29 December.  Although Zelensky defended the decision, admitting that it had been political, the families of victims were cruelly subjected to a two-day parody of an appeal court hearing, in which the outcome had been determined in advance.  The then Prosecutor General, Ruslan Riaboshapka even replaced the prosecutors from the former Special Investigations Department, who had worked tirelessly to achieve convictions, with three people who would support the suspects’ release.

Outrage over the decision was particularly linked with the timing.  Even if the men were eventually to be released in order to achieve the freedom of hostages, why could the authorities not have waited until the trial had ended and verdicts had been handed down?  This end of the trial had been expected in 2020, and with so many hostages, as well as political prisoners, held in Russia or occupied Crimea, there was every reason to anticipate other opportunities.

Both Zelensky and Riaboshapka were insistent that the trial would continue, albeit in absentia. It was clear at the time that there were huge problems to this, and not one of them has been resolved, despite the fact that Iryna Venediktova, who took over as Prosecutor General in March 2020, was also lavish with assurances.

The court hearing scheduled for 10 September did not take place, officially due to the illness of one of the judges.  In fact, none of the hearings have taken place and, as things stand at present, the hearing now due on 20 October also seems unlikely to be held.

Presiding judge Serhiy Dyachuk explained to journalists after the (non-)hearing that the absence of the defendants is, a priori, a problem for any trial where it is mandatory that those accused should take part.  He said that “a devastating procedural blow to this court trial” had been dealt on 29 December 2019.  While two of the men (Oleksandr Marynchenko and Serhiy Tamtur returned to government-controlled Ukraine in February this year, the whereabouts of Pavlo Abroskin; Serhiy Zinchenko; and Oleh Yanishevsky are unknown.  Stefan Reshko, Yanishevsky’s lawyer, has claimed that the men were handed over without passports and other documents and that they can’t return, although this begs the question of how two of the men were able to return.  Since the return of all the men would enable the continuation of a  trial, in which the men, if convicted, could face life sentences, it seems most unlikely that all of the men will return.

Following the adoption by Ukraine’s parliament of a law in March 2017 enabling trial in absentia, this is in principle an option, however only if the men are placed on the international wanted list. Nine months after the men were handed over to the Donbas militants, this has still not happened.

According to prosecutor Yanis Simonov, there are a number of options.  The trial can be continued of Marynchenko and Tamtur, with the other men placed on the wanted list.  While it is, in principle, possible to hold hearings both with respect to the defendants who are present and to those who are either in occupied Donbas or Russia, this requires changes to be made to legislation.  At present, Article 323 of the Criminal Procedure Code stipulates that if the defendants return, the case needs to begin from scratch.  Even if there seems no doubt that judges at the Svyatoshynsky Court have provided full justification for their verdict, it is quite likely that a higher court will be able to overturn it for purely procedural reasons.

Yevhenia Zakrevska, a lawyer representing Maidan victims or their families, points out that both Prosecutor Generals gave promises to make the necessary amendments to legislation. This has not happened, and she believes that none of those involved have any interest in ensuring the legislative amendments.

These are by no means the only concerns, which have only been exacerbated by the news on 10 September that Venediktova has appointed Maxim Yakubovsky to the post of Deputy Prosecutor General, with media reports suggesting that he will be placed in charge of the department of Maidan cases; the department on countering torture, and that on war crimes.

In their reaction to this news, a number of NGOs have pointed out that Yakubovsky was from 2011 to 2013 involved in the ‘Independent Ukrainian Centre for Legal Initiatives’ which is linked with notorious pro-Russian Ukrainian politician and associate of Russian President Vladimir Putin, and Medvedchuk’s ‘Ukrainian Choice’ party. The authors of the appeal assert that it was Yakubovsky who was “actively used to discredit the EU-Ukrainian Association Agreement” and that he was also involved in a PR campaign for ‘Ukrainian Choice’.  Media associated with Medvedchuk have played a major role over the last nine months in worrying attempts to discredit the Maidan protests.

Venediktova’s appointment comes just a month after Zelensky appointed Oleh Tatarov as Deputy Head of the Office of the President.  Tatarov was the Deputy Head of the Interior Ministry’s Central Investigative Department during the Euromaidan protests, and openly lied about the protests and police attempts to crush them, including during a shocking attack by Berkut officers on peaceful Maidan activists in January 2014.

Although the NGOs have called for both Yakubovsky to be dismissed by Venediktova and Tatarov to be removed by Zelensky, the latter reacted to earlier outrage by stating that he considered it “unfair if people who headed this or that level during the Yanukovych regime to be considered ‘the old guard’.  He thus ignored the very considerable evidence of specific concerns about Tatarov’s own behaviour as public apologist for the efforts to crush peaceful protest.