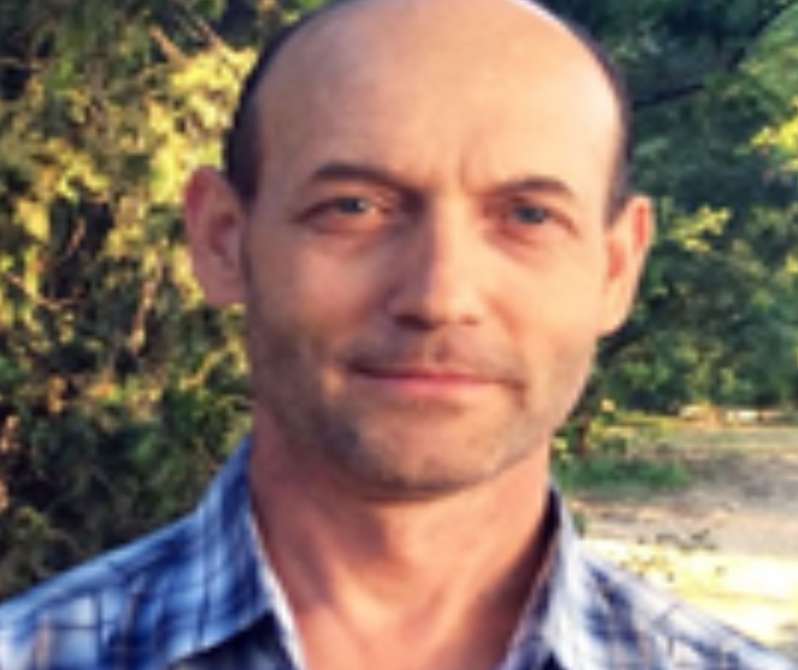 A new trial has begun in Sevastopol of Viktor Stashevsky, the latest Jehovah’s Witness to be prosecuted for his faith under Russian occupation.  Since the 54-year-old could be facing a long prison sentence, it is particularly worrying that the judge in the trial that began with a preliminary hearing on 19 October is to be Pavel Kryllo, a Russia who was earlier involved in the political persecution of Ihor Movenko.

This is to be a totally new ‘trial’ at the same Russian-controlled Gagarin District Court in Sevastopol, although only because the previous judge, Valentin Norets, resigned.   Fortunately, Stashevsky is not presently in detention, however two Ukrainian Jehovah’s Witnesses from occupied Crimea – Serhiy Filatov and Artem Gerasimov -  have been sentenced to six-year terms of imprisonment during the past year, and four men recently remanded in custody, on the same flawed charges as those brought against Stashevsky.

Armed searches were carried out through the night of 4 – 5 June 2019 in at least nine homes in Sevastopol, with computer technology and telephones removed. Stashevsky, who is married with two daughters, was detained that evening and taken away, however he was released the following day under a signed undertaking not to leave the city.

Russian state-controlled media put the number of searches even higher, at over 10, and claimed that they had detained the “leader of an extremist cell” who had “held meetings, carried out propaganda of the ideas of this religious sect and also attracted new members to it”.  Over 70 copies of what they called “extremist literature” were removed, as well as reports about donations, brochures and other material.  This allegedly included “instructions on measures of conspiracy and on talking to law enforcement officers”.  Such words and the general tone of the reports were clearly aimed at presenting the Jehovah’s Witnesses as people involved in something illicit, although such advice to believers is hardly surprising given Russia’s internationally condemned ban on a world faith.

Stashevsky is charged under Article 282.2 § 1 of Russia’s criminal code with ‘organizing an extremist organization’.  The warrant for the search of Stashevsky’s home was issued by ‘judge’ Anatoly Vasylenko from the Leninsky District Court in Sevastopol.  All the believers who faced searches were summoned the following morning to FSB ‘investigator’ A. Chumakin.  According to the JW report, this individual “specializes in persecution for faith in Crimea.”

Russia fully reverted to Soviet-style persecution of the Jehovah’s Witnesses on 20 April 2017, when the Supreme Court declared them ‘extremist’, with such religious persecution in flagrant breach both of the Russian constitution and  of international law.

Since November 2018, it has been illegally applying such repressive measures against Ukrainians in occupied Crimea.  In June 2019, Stashevsky was the fourth Crimean believer to be facing such charges, however that number is now greater.

Serhiy Filatov was arrested during a ‘mass operation’ against believers in Dzhankoy from 15-16 2018.  The Russian propaganda media presented these searches, during which a 78-year-old believer was manhandled, as being about breaking up an “extremist cell”, which, they absurdly suggested, could have links with the Ukrainian Security Service.  Filatov’s ‘trial’ took place in the Dzhankoy District Court under occupation, with the prosecution claiming that Filatov had “undermined the foundations of the constitutional order and the security of the state”, by being the leader of a religious organization.  On 5 March 2020, he was sentenced by ‘judge’ Maria Yermakova to six years’ imprisonment in a medium security prison colony.  That sentence against the 47-year-old father of four was then upheld by ‘judge’ Edward Belousov of the Crimean High Court on 26 May 2020.

35-year-old Artem Gerasimov from Yalta was arrested on 20 March 2019 during a second wave of armed raids on Jehovah’s Witnesses in occupied Crimea.  At the time 40-year-old Taras Kuzio was also reported to be facing charges, however the fast-track ‘trial’ that ended on 5 March 2020 was only of Gerasimov. It may have been because of Filatov’s sentence on the same day, that  ‘judge’ Vladimir Romanenko from the Yalta City Court  initially ‘only’ imposed a fine on Gerasimov, unlike the 6.5 year real sentence demanded by prosecutor Oksana Chuchuyeva. The fine was challenged by the prosecutor, and it was that appeal which Belousov on 4 June allowed, imposing instead a six-year sentence.

On 26 May 2020, the very same day that Filatov’s 6-year sentence was upheld, armed FSB, Rosgvardia and masked OMON [riot police] officers burst into four homes in occupied Kerch on 26 May 2020, with Artem Shabliy, a 29-year-old father of two, arrested. According to the Jehovah’s Witnesses in Russia website, at least seven believers were interrogated, some of them elderly.  Five people were taken to the FSB offices for questioning, although four were later released.  Instead of simply knocking on the door of the home Shabliy shares with his wife, mother and small children (aged 2 and 4), the armed men broke the glass in the windows of the entrance hall.  They put handcuffs on Shabliy which were only removed several hours later, after his interrogation. The criminal proceedings are known to have been initiated by ‘investigator’ Valery Zarubin with Shabliy accused of having “drawn others into the activities of an extremist organization” by discussing the Bible with them. Shabliy was held in a police holding facility for two days and is now facing the same charges under Article 282.2 § 1.1 (‘drawing others into the activities of an extremist organization”).

Repression is escalating with the FSB and other enforcement officers having burst into the homes of nine Jehovah’s Witnesses in Sevastopol on 1 October, and arrested four men. Yevhen Zhukov; Volodymyr Maladyka; Volodymyr Sakada and Ihor Schmidt were remanded in custody the following day, on the same notorious charge of ‘organizing an extremist organization’.

All such prosecutions on occupied territory are in violation of international law.  So too is Russia’s use of its notorious ‘extremism’ legislation as a weapon for flagrant persecution of believers for praying and discussing their faith with others.