Czech gets 15 years on terrorism charges for fighting for Russian-controlled Donbas militantsCzech gets 3-year sentence for fighting in Donbas on side of Russian-controlled militantsLatvian resident sentenced to five years for Russian-paid fighting in DonbasRussian propaganda chief Kiselyov gets his nephew jailed in Germany for involvement in war in UkraineCzech national charged with terrorism after fighting for Russian-backed militants in UkraineBriton jailed on terrorism charges for fighting with Russia-backed militants in UkraineBriton charged with terrorism for involvement with Kremlin-backed militants in DonbasNot in Our Name: Journalist NGOs Should Condemn Propagandist Graham Phillips’ Torture StuntMaimed Ukrainian Hostage Finally Exchanged by Kremlin-Backed MilitantsKremlin-backed militants to put maimed and tortured hostage on ‘trial’Tortured Ukrainian ‘Sentenced’ by Kremlin-backed militants to 30 yearsDonbas militants could sentence Ukrainian hostages to death for ’spying’Kremlin-backed Donbas militants threaten to execute Ukrainian prisonersPraised on Russian radio for war crimes in Crimea & DonbasSloviansk torture, killings, execution orders, yet still no proper investigationFamilies of murdered hostages demand proper investigationMurdered in SlovyanskUS journalist released, others still held hostage in SlovyanskDonbas: abductions continue as Horlivka politician found murderedTwo journalists still held captive by Slovyansk militants
• Topics / Terrorism 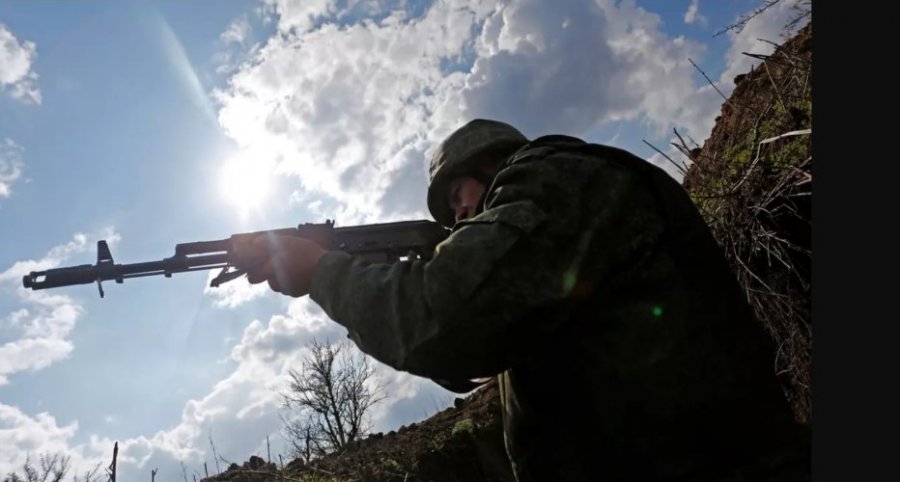 32-year-old Czech national Martin Kantor has been sentenced to 20 years’ imprisonment for fighting on the side of the Russian and pro-Russian Donbas militants.  The trial before the Prague Municipal Court was in absentia, but is important both as a clear deterrent to others, and because Kantor was found guilty on 1 June 2021 of terrorism and involvement in a terrorist organization. This is not the first trial of pro-Russian Czech fighters and judging by the recent arrest of five other individuals on terrorist charges, is unlikely to be the last.  In the case brought by Ukraine against Russia at the European Court of Justice on violations of the International Convention for the Suppression of the Financing of Terrorism, Russia’s lawyers have tried to deny Ukraine’s position that the self-proclaimed and Russian-controlled ‘Donetsk and Luhansk republics’ are terrorist formations.  This is a position that court trials in the United Kingdom and Czech Republic, and the Estonian authorities are unequivocally rejecting.

The sentence against Kantor is not yet final and can be appealed.  The accused’s lawyer had demanded his acquittal and claimed that the charges had not been proven.  It is unclear whether this is a state-appointed lawyer, since Kantor’s whereabouts appear to be unknown.

According to the indictment, Kantor travelled to Donbas in 2015, via Rostov-on-Don in Russia.  In Donbas, he is believed to have had training and become a sniper for the so-called ‘Luhansk people’s republic’ [LPR].  He took part in fighting, and was promoted by the militants to the rank of ‘sergeant’.  Prosecutor Martin Bily, who asked for the 20-year sentence, explained that Kantor had been a member of a ‘reconnaissance and sabotage unit’ and had himself laid mines and grenade traps.

The prosecution had pointed to correspondence between Kantor and friends in which he had described his activities in Donbas.  The court also heard testimony from experts and Kantor’s (presumably former) friends, who said that he had spoken of wanting to take part in the fighting on the side of the pro-Russian militants and had boasted of his successes in the militant ‘army’.  One friend said that they had been in contact in 2016, but that he had received an email saying that Kantor was dead.

This is the second substantial sentence against Czech nationals over the last six months on terrorism charges for their role in Donbas.  On 21 December 2020, Oldřich Grund was was sentenced by the Ústí nad Labem  Regional Court on 21 December in absentia to 15 years.  Grund is believed to have been fighting in the self-proclaimed ‘Donetsk people’s republic’ since 2014 and to have received an award for what the militants claimed was ‘bravery’. First as commander’ of a combat vehicle and then, as a ‘lieutenant colonel’, of an armed tank unit, he fought against the Ukrainian Armed Forces in Sloviansk; Ilovaisk and in several other places.

Legislation was introduced in the Czech Republic in January 2017 which envisages up to 20-year sentences.  If both sentences come into force, then both Grund and Kantor will face arrest in any EU or other democratic country, with extradition to the Czech Republic.

Czech courts have not up till now taken such a strong stand when the men in question are in the Czech Republic.  In early December 2020, the High Court of Appeal in Prague changed a suspended sentence to a real three-year term of imprisonment for Pavel Kafka, who fought on the side of ‘DPR’ militants in 2015-2016of Russia’s proxy ‘Donetsk people’s republic ‘ [DPR] in 2015-2016.

The prosecution had demanded a 12-year sentence against the 27-year-old on terrorism charges, however in July 2020, a court in České Budějovice convicted him of taking part in an organized criminal gang and passed a three-year suspended sentence, with a five-year probation term.  This was challenged by both the public prosecutor and by Kafka himself, but the only change was to the severity of the sentence not the charges.

The arrest of five people on 22 April this year may suggest that a change is taking place. Detectives from the National Centre against Organized Crimea charged all five individuals, as well as a legal entity, with terrorism in what was described as a major crackdown on members of pro-Russian militant formations in eastern Ukraine.  The organization and individuals are accused of terrorist acts; of involvement in a terrorist organization; of financing terrorism and of supporting and promoting terrorism.  The suspects are, reportedly, members of the paramilitary organization ‘Czechoslavian Soldiers in Reserve for Peace.  They include the head of the organization, Ivan Kratochvil, a former lieutenant-colonel in the Czech Army, who regularly appears on the Russian propaganda Sputnik website.   The website Manipulátoři believes that the organization is linked to Russia’s FSB [security service].  It seems the organization itself is suspected of raising money to send other fighters to Donbas.  Another individual is believed to be Přemysl Ivan Hadrava, an Orthodox priest with pronounced pro-Russian views.

Skripnik’s sentence came a month after a regional court in Germany sentenced 48-year-old Sergei Kiselev to 2.3 years’ imprisonment for training to fight in the war in Donbas, with the evidence of his active part in fighting against Ukraine currently being studied by Germany’s Prosecutor General.  The German authorities were alerted to Kiselev’s activities after his uncle, Dmitry Kiselyov, head of the state news agency Russia Today, gave an interview saying that his nephew had fought in Donbas.  In the face of undeniable photo evidence, Kiselev’s lawyer had admitted that his client had been in Donbas and had borne arms.  He claimed, however, that this had been for good motives and that he had been concerned for the security of the Russian people and had not killed anybody.