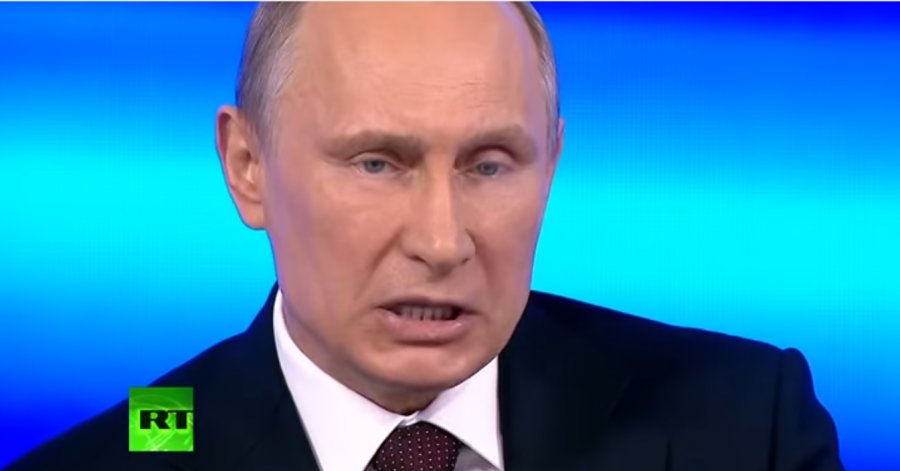 Russian President Vladimir Putin has signed a decree enabling traitors and fugitives from justice to hold public service posts in the Russian Federation or occupied Crimea.  While the vast majority of such individuals are likely to be in hiding from Ukrainian justice, including for murder and torture, there may well be others whose treason and / other crimes to their country of origin demonstrate their value to the current regime in Russia, or are at least not viewed as a hindrance. Certainly Putin’s press secretary, Dmitry Peskov has indicated that for the Russian regime, these individuals are viewed as “needed”.

The Russian Federation’s rules for entering the civil service clearly state that a person may not hold dual citizenship.  Back on 11 June, Putin signed into force a ‘federal constitutional law’ allowing Crimeans who have not “for reasons beyond their control” formally renounced their Ukrainian citizenship. There are a number of Ukrainians who face prosecution in Ukraine for aiding Russia’s invasion and annexation of Crimea; for betraying their oath of allegiance to Ukraine and / or for their persecution of Crimean Tatars and other Ukrainians. Such individuals are not going to risk travelling to mainland Ukraine in order to renounce their citizenship, and this is not something one can achieve by post or email.  This law was needed, one of its authors, Pavel Krasheninnikov, explained, because of the introduction of the ban on public officials holding dual citizenship. Such people can now tell the Russian interior ministry that they ‘do not wish to be Ukrainian citizens’ and they will be recognized – by the Russian authorities – as stateless persons, entitled to hold public or municipal office in the Russian Federation or occupied Crimea.  According to this law, if they received Russian citizenship before 18 March 2014, they will need to prove that they were resident in occupied Crimea at that time.  Such statements that they don’t want to be Ukrainian citizens are, legally, meaningless, and would not change the person’s national identity on any Ukrainian or international wanted list.

The decree which Putin issued on 25 August is trickier to explain which was presumably why Peskov was tackled on the subject. He was careful not to explain who exactly would be covered by the decree, and said only that the number was not great, and did specifically refer to Ukrainians who “simply can’t do anything” about their citizenship.   He later suggested that it would be “extremely dangerous” for them to return to Ukraine, without clarifying what such ‘danger’ constituted.

The hope is almost certainly that, after years of state-funded anti-Ukrainian propaganda, Peskov’s audience will believe that their lives would be in danger. In fact, most face the gravest of criminal charges.  The following are just some of the Ukrainian citizens whom Putin’s decree will likely help in their career path.

Pogodin is facing a life sentence in Ukraine for the savage torture and murder of 16-year-old Kramatorsk schoolboy Stepan Chubenko in July 2014.  Pogodin was the ‘commander’ of a Russian-controlled militants in Donetsk who stopped Stepan because of the ribbons in the colours of the Ukrainian flag on his rucksack.  Those and a scarf from a West Ukrainian football club were enough for Pogodin, and two subordinates Yury Moskalev and Mikhail Sukhomlinov to abduct, torture and murder the 16-year-old lad.  Pogodin is understood to have fired the last, fatal shot.

The Russian authorities are well aware of all of this, however they not only refused to extradite Pogodin (who in 2017 had not yet received Russian citizenship), but are providing him with lucrative employment.  It was learned in April 2020 that Pogodin had been made the deputy director of a ‘Technologies and Restoration’ company and was getting money from the occupation authorities in Crimea and the Moscow government for repairs to streets, stairs, etc. in Crimea.

Bodelan is the former head of the Odesa Emergency Services and played a direct and fatal role in the fire at the Trade Union Building in Odesa on 2 May 2014 that killed 42 people.  Russia has been pushing false claims that the fire was ‘a massacre’ by Ukrainian ‘radicals’ and that Kyiv is protecting the perpetrators.  In fact, it is Russia here too that is protecting a key suspect.  There is every reason to believe that most, if not all, of the deaths would have been averted had Bodelan not issued an order not to provide fire engines without his express command.  The ensuing 40 minute delay led to a chimney-effect fire blocking the only means of escape from the building.

In October 2020, the Russian newspaper Kommersant reported that Bodelan, who had, in early 2016, fled prosecution in Ukraine, had been given a public official post in Russian-occupied Crimea (as ‘deputy head of the Simferopol district).   It is not necessarily clear why Bodelan behaved as he did on 2 May 2014, but he has certainly actively proven his usefulness for Russia’s state propaganda media by repeating provably false lies about the tragic events that day.

Former Berkut officers, involved in trying to crush Ukraine’s Euromaidan protests, have received various material benefits in occupied Crimea and been praised for their supposed ‘courage and heroism’.  Many are now working in Rosgvardia, the Russian ‘National Guard’ created by Russian President Vladimir Putin and widely viewed as a body created to crush mounting civic protest.  It is known that the two Rosgvardia officers who caused the death of 83-year-old Crimean Tatar veteran activist Vedzhie Kashka were formerly Berkut officers.

Two men, who held high-ranking posts in the Ukrainian enforcement bodies and who are suspected of serious crimes during Euromaidan, have been seen in Moscow, helping Putin’s regime violently disperse peaceful protesters.

It was reported back in 2017 that 10 of the 23 former Berkut officers suspected of gunning down protesters in the last bloody days of Euromaidan had received Russian citizenship, while a further two men had been given ’refugee’ status.. Once again, there is no likelihood that the men’s past was not known to the Russian authorities who thus made it impossible that they would ever be extradition to face trial.  The number of such fugitives is, in fact, higher since the above report was before suspected Maidan killer Vitaly Honcharenko and three ex-Berkut officers facing charges fled to Russia in April 2017.  Although two former Berkut officers are now on trial accused of mass killings on 20 February 2014, three other suspects were handed over to the Russian-controlled militants in Donbas and may well be Russian citizens by now.

There are many other people whose role under Ukrainian President Viktor Yanukovych, and especially during Euromaidan (the Revolution of Dignity), led them to go into hiding in Russia.  Back in January 2015, former Ukrainian Interior Minister during Maidan, Vitaly Zakharchenko was reported to have received a post in the state corporation Rostex.

These are just a few of the individuals whose services to Russia may now be provided in the Russian public service.