Ukrainians tortured and imprisoned in Donbas for supporting Ukraine, with Russia blocking their release Elderly Donetsk hostage with hip fracture sentenced to 17 years for supporting Ukraine Russian-controlled militants sentence 70-year-old pensioner to 17 years for ‘spying’ after torturing him and his familyDonbas hostages tortured for a Russian propaganda program against Ukraine Ukrainian seized and tortured by Donbas militants after returning for his elderly mother Russian proxy Donbas ‘republic’ threatens death sentence after torturing young father into ‘confessing’ to being a Ukrainian saboteur Russian invaders demand Ukrainians have ‘filtration’ stamps and permits to live in their own citiesRussia abducts 25 volunteers delivering humanitarian aid to Mariupol, threatens to put them ‘on trial’ Russia extends terror and abductions from occupied Crimea and Donbas to all of Ukraine Ukrainian POWs and abducted civilian hostages illegally imprisoned in Russian-occupied Crimea Russia sends relatives of Ukrainian soldiers and other Mariupol residents to ‘concentration camp’ in occupied DonbasRussia plans total ‘filtration’ of Mariupol men and forced ‘mobilization’Russian Rule of Lawlessness in Occupied Crimea and DonbasPutin will continue attacking until Russia is stopped. Help Ukraine defend its freedom today!Russia kills Minsk Agreement, with lives of over 300 Ukrainian hostages and POWs in danger Crucial law adopted to help Russia’s Ukrainian political prisoners and hostagesUkrainian accused of torturing hostages at Russian-controlled Izolyatsia secret prison flees to France and "asks for political asylum’Did ‘chief butcher’ of Izolyatsia secret prison in occupied Donbas work for Ukraine’s SBU? Donbas militants seize Ukrainian teacher trying to help her ailing mother Volunteer imprisoned by Donbas militants for helping orphaned children receives Ukraine’s National Human Rights Defender award
• Topics / The right to liberty and security 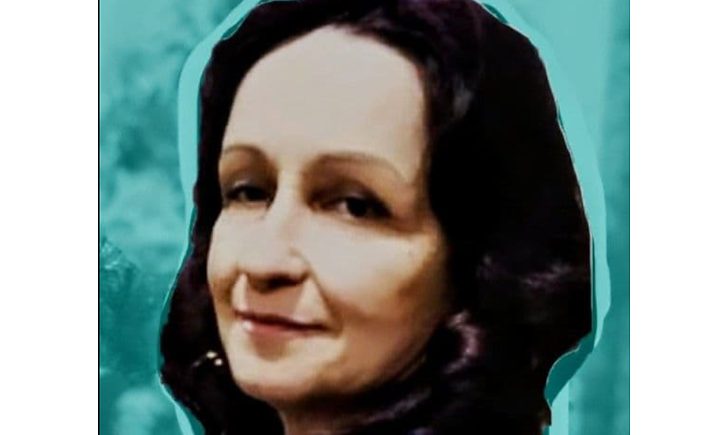 Olena Zaitseva has been held captive in the so-called ‘Donetsk people’s republic ‘ [DPR] since 26 February 2019 when she was seized while trying to prevent militants from seizing her 19-year-old son Vladislav.  Both mother and son remain imprisoned, and there are particular concerns about Olena Zaitseva’s state of health.

The Media Initiative for Human Rights report that Vladislav Zaitsev was just 14 when the war began in Donbas.  He and his mother are from Verkhnyotoretske, an urban settlement in the Donetsk oblast and he himself bears scars from the burns and concussion he received when the building he was in was hit by shelling. On that occasion, it was his mother who managed to save him from the burning building.

On 26 February 2019, Vladislav was seized by ‘DPR’ militants who claimed that he was planning to blow up a railway bridge.  He is now imprisoned in a Donetsk SIZO [remand prison].  There does not appear to be any information about his condition, though it is very likely that he was first taken to the notorious Izolyatsia secret prison in Donetsk, run by the ‘DPR ministry of state security’, where both men and women are savagely tortured.

Olena Zaitseva was, at that time, working at a warehouse at the railway station in occupied Yasynuvata. She was seized on the same day as her son, with information about this known via a former hostage who was temporarily with her at Izolyatsia.  The former hostage (who does not wish to be named for safety reasons) says that Olena was brought into their cell at Izolyatsia some time in March 2019.  She told them that her son had been detained and that, trying to save him, she had run after them and had herself got into the militants’ car. She was told that she would be released after 30 days, but that her son faced 20 years’ imprisonment.

Judging by reports, for example, on the Russian state propaganda channel Vesti, it seems clear that Vladislav has been forced, probably through torture, to claim that he was working for Ukraine’s Security Service [SBU].  The vast majority of hostages held by the militants are accused of this, and there are strong grounds for doubting such claims.

Olena Zaitseva was not released after 30 days and remains imprisoned. She was held at Izolyatsia for two months before being moved to SIZO No. 5 in Donetsk.  It is likely that this is because she had recurrent attacks of heavy bleeding, and the militants feared that the treatment and, probably, torture in Izolyatsia would kill her.

Neither she, nor her son, receive any medical assistance which, at least in Olena’s case, may well be endangering her life.   In August 2019, the same former hostage saw Olena in the SIZO.  She has told Human Rights Watch that she was appalled how gaunt Olena, who is in her 40s, looked and said that she looked as though she didn’t have long to live. She complained then of being in acute pain and said that her condition was deteriorating.  She was also being held in a cell with five women, not imprisoned on political charges, who were putting pressure on her.

That was over two years ago, and there are clearly very strong grounds for concern about her state of health.

In July 2021, Human Rights Watch reported “grave medical concerns” with respect to four women held hostage: Zaitseva; Oksana Parshyna; Natalia Statsenko and Olha Mozolevska.  The NGO did, however stress, that “their cases underscore grave concerns about the health and safety of all detainees held by armed groups in nongovernment-controlled parts of the Donetska and Luhanska regions in eastern Ukraine.”

As reported, Oksana Parshyna was seized by the ‘DPR’ militants in May 2021, when she was in her third month of pregnancy. The militants have refused to release her, claiming that she was ‘spying for Ukraine’, although they are clearly putting the life of her child, and possibly her life, in danger.

The 43-year-old doctor, who was working at a skin and venereal diseases clinic in Makiyivka, was seized by the so-called ‘DPR ministry of state security’ on 10 July 2019 and taken to ‘Izolyatsia’,  She was held there, and almost certainly tortured, for three months before being transferred to SIZO No. 5 in Donetsk.

According to her father, she has a chronic spinal problem and was due to have surgery in the autumn of 2019,  He told HRW that Natalia has begun having seizures and that her right foot had become partially paralyzed.  The constant use of anti-inflammatory medicine and painkillers is also leading to acute stomach pain.  The lawyer her family have found for her told them that she had had difficulty walking at the so-called ‘court hearing’ against her on 25 June.

HRW have spoken with Olha’s husband, Vitaly, who explains that she was working in a restaurant in Donetsk and regularly travelled there from her home near Avdiivka, in a government-controlled area.  She disappeared in October 2017, when their son was just four years old.

Human rights groups have ascertained, from former hostages following their release, that Mozolevska was held incommunicado at Izolyatsia for four years and savagely tortured until she agreed to ‘confess’ to whatever they demanded.

Vitaly told HRW that his wife had contacted him at the beginning of June 2021 for the first time and said she was being transferred to another prison. She asked for strong painkillers and anti-inflammatory medicine for her throat, and asked him to save money as she would need a lot of treatment.

There are also concerns for other hostages, including two women: Olena Piekh and Olena Fedoruk.

See: Ukrainians tortured and imprisoned in Donbas for supporting Ukraine, with Russia blocking their release