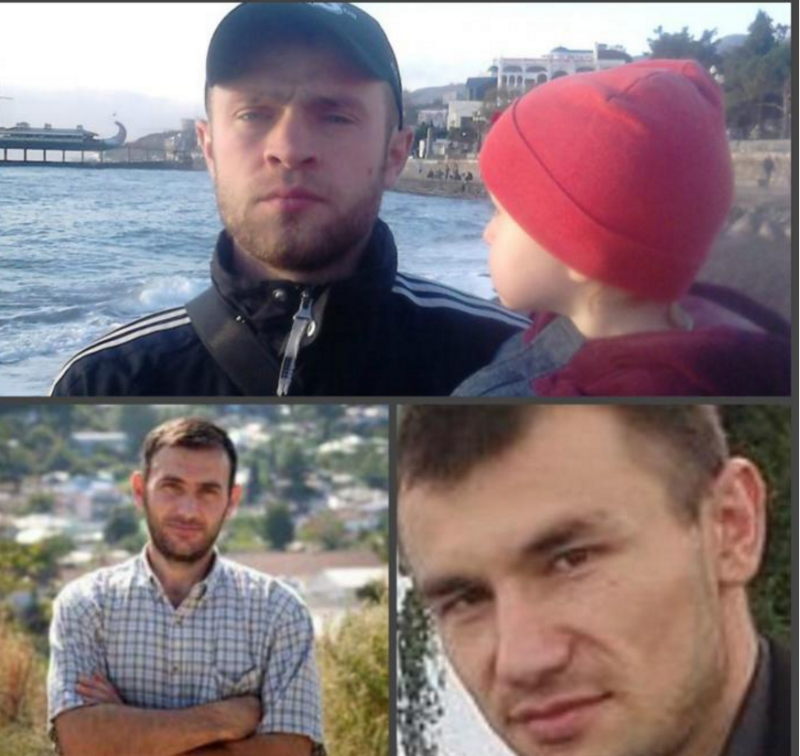 After placing Crimean Tatar leader Ilmi Umerov’s life in danger through effective imprisonment in a psychiatric institution, the Russian FSB in occupied Crimea are now planning forced ‘psychiatric assessments’ of Crimean Tatar human rights activist Emir-Huseyn Kuku and five other Crimean Muslims.  Their lawyers have condemned the move as unacceptable pressure on the men.

All six men had refused to undergo any psychiatric assessment in solidarity with 59-year-old Umerov.  The Deputy Head of the Crimean Tatar Mejlis or representative assembly is facing criminal charges and a possible 5-year sentence, accused of what Russia terms ‘public calls to action aimed at violating Russian territorial integrity’ via the Internet.  Umerov stated in a TV interview, as do all democratic countries, that Crimea is Ukrainian and that Russia should be forced to leave both Crimea and Donbas.

He was forcibly held in a psychiatric clinic for around 3 weeks, with this imprisonment posing an actual danger given serious medical conditions.  Umerov feared that the ‘assessment’ might be used to claim that he was mentally unfit.  There were real grounds for such fears, and it is likely that international protest was instrumental in forcing the FSB to slightly back off.  Only very slightly since the charges remain, as do the methods of harassment.  Umerov was summoned, together with his lawyer, to the investigators in early November and it was feared that new charges were to be brought.  For the moment, this has not happened, and the only document produced simply rejected any criticism of the treatment.

There are currently19 Crimean Muslims in custody accused of involvement in an organization - Hizb ut-Tahrir – which is legal in Ukraine and most countries.  The Russian Supreme Court decision in 2003 to declare the organization ‘terrorist’ has never been justified, and was typically held secret until it was no longer possible to appeal against it.

Muslim Aliev, Enver Bekirov, Emir-Huseyn Kuku and Vadim Siruk were all arrested on Feb 11, 2016 after armed men burst into their homes using gratuitous force and terrifying children who had been fast asleep.  Two very young men – Refat Alimov and Arsen Dzhepparov were arrested on April 18.

All the men are Muslim, all but one Crimean Tatar, and there is nothing to link them with Hizb ut-Tahrir.  There are, in fact, very serious grounds for believing that Kuku was arrested because of his human rights monitoring work for the Crimean Contact Group on Human Rights.  It is also likely that  the arrest followed an aborted attempt to abduct him in which the FSB was clearly implicated.  Siruk was also possibly targeted as a convert to Islam and to enable the occupation regime to deny charges that this was persecution of Crimean Tatars.

Such suspicions were only strengthened by comparison with the first four men from Sevastopol arrested a year earlier.  In the case of Nuri Primov; Ferat Saifullayev; Rustem Vaitov and Ruslan Zeitullayev, once again there was one person who, although having a Crimean Tatar mother, had lived a much more obviously secular life (as an actor in Kyiv).

There is no justification for any forced psychiatric assessment.  The men had refused to answer any questions about their so-called ‘case’ or in any way cooperate with those carrying out ‘psychiatric tests’.  This was, Siruk’s lawyer Emil Kurbedinov confirms, in solidarity with Umerov, but also a statement of protest against such tests which they consider to be degrading and a slur against them.

The FSB has, typically, reacted by having them forcibly placed in a psychiatric unit.  There were initial attempts to prevent Umerov from having any visitors or even telephone contact with his family.  The de facto authorities backed down because of protest, including international, and it is important that the same scrutiny is applied in this case.