Savchenko’s sister, a crucial defence witness, banned from RussiaSavchenko Trial turns into Insultingly Absurd PantomimeSavchenko returned if Ukraine ‘recognizes’ a predetermined sentenceNadiya Savchenko: “You can call me the artillery spotter”Savchenko demands that everybody give testimony using a lie detectorSavchenko trial - 3 judges & only the prosecution’s story allowedSavchenko to be tried in obscure ’military zone’ city 150 km from prisonSavchenko Trial: ‘Fort Knox’ Security and 300 kilometres on the roadNew attempt to keep Nadiya Savchenko trial secretSavchenko material shows how Russia concocted ‘case’ and what it can’t concealWords unspoken on first anniversary of Nadiya Savchenko’s captivitySavchenko’s detention illegally extendedOne Birthday Wish on May 11: #FreeSavchenkoInvestigators claim they questioned 108 thousand people over Savchenko caseSavchenko to be hospitalized after tests “raise serious concerns for her health”Yet another charge concocted against Nadiya SavchenkoNadiya Savchenko facing pressure to ‘confess’Savchenko: New charge dismissed as ‘technical mistake’Savchenko renews hunger strike, warns lawless regime must be stoppedIs A Savchenko Deal In The Offing?
• Topics / News from the CIS countries

Russia demands unacceptable ransom for release of Savchenko & other hostages 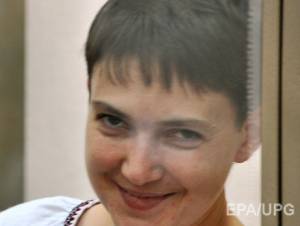 Ukraine cannot and should not recognize sentences in falsified prosecutions of Ukrainian hostages held in Russia, a former judge of the International Criminal Court on Former Yugoslavia stresses. Volodymyr Vasylenko is critical of Ukraine’s government and believes it could have and still must be more assertive in obtaining the release of Ukrainian hostages held in Russian detention.

The situation has become extremely urgent with Wednesday’s 6-year sentence on absurd spying charges passed on 73-year-old Yury Soloshenko.  The elderly pensioner has a heart condition, and his son Oleksandr told Radio Svoboda that it doesn’t matter whether they make it 6 years or 20 – it is simply a death sentence.   There are clear signs that the trial now underway of Mykola Karpyuk and Stanislav Klykh is likely to end in very long sentences.  This is despite strong evidence that all testimony was tortured out of the men, and no evidence that they were ever even in Chechnya where they are supposed to have fought against Russian federal forces. .

There have been repeated suggestions in Russia over the last two weeks that Nadiya Savchenko could be extradited to Ukraine if the latter ‘recognizes’ her sentence and agrees that she will serve it in her homeland.  Savchenko’s defence lawyer Mark Feygin responded to the first statement from Russia’s Justice Ministry by saying that Ukraine should agree to everything, and then simply release her.  He suggested that Ukraine would thus be ridiculing Russia, yet surely Ukraine’s very pretence at recognizing a predetermined sentence in a thoroughly unlawful trial would be a propaganda coup for Russia.

Vasylenko, who is also a diplomat and former Ukrainian representative at the UN Human Rights Council, believes that Ukraine should have taken the offensive from the outset, deporting or exchanging Russian spies and warning Russia that its nationals could be in danger with retaliatory measures taken in response to Russia’s unlawful action.

Vasylenko was asked if Russia’s current demands that sentences be recognized, and served in Ukraine should be agreed to.  His answer is a categorical no.  Ukraine cannot and should not recognize the guilt of its citizens since the charges which Russia has laid have no basis in fact and are entirely falsified. This has been demonstrated by the lawyers of Oleg Sentsov, Oleksandr Kolchenko, Nadiya Savchenko and those representing other Ukrainian prisoners.

The interviewer, Maria Shchur is critical of the high profile manner of Savchenko’s lawyers, and clearly sees greater benefit in the behind-the-scenes work carried out by Estonia resulting in the release of Eston Kohver.  Vasylenko simply reiterates the need for retaliatory measures, for the arrest of Russian agents, and in quantity, with them placed in the same conditions as Savchenko; Sentsov and all the others.

In fact, Ukraine’s Justice Minister Pavlo Petrenko was blunt in his reaction to the initial statement on Oct 1, saying that Russia’s Justice Ministry had yet again confirmed the rubber stamp nature of the judicial system and courts in Russia.

It should also not be forgotten that Savchenko, Sentsov and Kolchenko have repeatedly denied all the charges, and it is likely that they would refuse any part in a deal that gave even nominal ‘recognition’ of rigged court sentences.

Vasylenko pointed out that we discuss the issue, “assuming that Russia is a normal, civilized state and that is not the case.  Russia is a country that ignores the principle of rule of law, both domestic and international.”

One does not have to look far for examples.  The 20-year sentence passed on Ukrainian film director Oleg Sentsov was described by prominent Russian figures as “ideologically motivated state terror”, and the trial of Sentsov and Kolchenko as “absolutely Stalinist”.   The entire trial was based on the testimony of two men, one of whom - Gennady Afanasyev – stood up in court and renounced all such ‘testimony’ saying that it had been tortured out of him.  This was ignored by the judges, and now Afanasyev has effectively disappeared.

The fast-track ‘trial’ of the elderly Yury Soloshenko was equally lawless, with Soloshenko’s chosen lawyers simply prevented from seeing him.  The six-year sentence passed on Oct 14 was with a state-appointed ‘lawyer’ Gennady Blokhin seemingly there to encourage Soloshenko to ‘confess’ in the hope of a suspended sentence and return home.

While a farcical array of witnesses for the prosecution in the Savchenko trial are helped by the court to conceal information that would prove that they are lying, Russia is also repeating a previous number with the 5-year-ban imposed on Vera Savchenko, the former pilot’s sister and a key witness for the defence.  Just as in April 2014 when Crimean Tatar leader Mustafa Dzhemiliev was banned from his homeland, there have been attempts by the Russian President’s Administration and others to distance themselves from the ban on Vera Savchenko and indeed to claim no knowledge of it.

If the ban used on Tuesday to prevent Vera Savchenko from entering Russia – and to give testimony demonstrating her sister’s innocence - proves to genuinely be for five years, Moscow will have demonstrated new depths of contempt for the law and international opinion.

The principle that terrorist demands must not be met surely applies equally to situations like these now where Russia is engaging in State terrorism, with a number of Ukrainians held hostage.