From torture to solitary confinement for a letter in Crimean Tatar 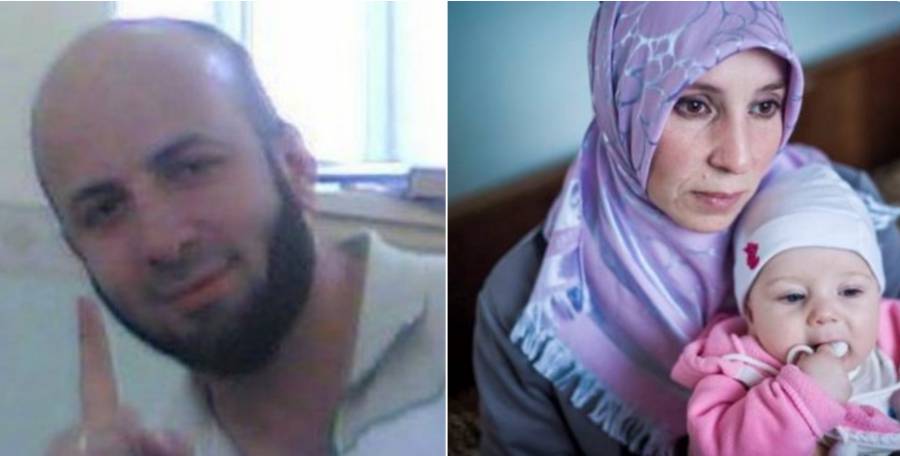 Teymur Abdullaev, one of 19 Crimean Muslims held illegally in indefinite detention in Russian-occupied Crimea has been placed in a punishment cell for writing a letter to his family in Crimean Tatar.  The guards considered that only Russian was acceptable.

The information became available only because of a scheduled court hearing on extending the detention of all five men detained since October 2016.  Before the hearing was due to begin (only to be deferred until March 27), Abdullaev had brief contact by video-link from the SIZO [remand prison] with his lawyer Emil Kurbedinov.  While there is no way of independently verifying his account, Kurbedinov told Krym.realii that he is sure that he is telling the truth, and says that he has come upon such incidents.  He himself gets stopped during court hearings if he tries to speak with his clients in Crimean Tatar.

Teymur Abdullaev and his brother Uzeir are half-Azerbaijani, half-Crimean Tatar.  The two are professional sportsmen and trainers, and have lived in Crimea since 1996.  Teymur was writing to his Crimean Tatar wife Alime and family, and naturally wrote in Crimean Tatar.   The letter was found during a search and taken away.  He demanded it back and they claimed that he was not allowed to write in any language but Russian.  His objections resulted in his being placed in the punishment cell for five days, from 22 March.

The conditions in the SIZO where an ever-increasing number of Russia’s political prisoners are being held are already appalling, but the punishment cell – for men convicted of no crime – is particularly bad.  Kurbedinov explains that the solitary cell is around 2 m².   The bunkbed is raised from 6 a.m. to 22 00, and during those hours the person must either stand, or crouch.  The cell is on the ground floor, damp and cold with a concrete floor.

A person is totally cut off from the world, and not even allowed to have books. “This is, of course, extremely hard psychologically, not to mention that you’re likely to get ill there immediately”, Kurbedinov explains.

Kurbedinov has already officially demanded an explanation of the grounds for his client’s treatment and will lodge an appeal.  Unfortunately, so far, the courts under Russian control have almost exclusively taken their orders from above, and appeals, however justified, are invariably rejected.

Alime Abdullaeva says that it is incomprehensible how a person can be punished in this way for communicating in his native language.   In the six months that he has been held in detention, she has not received a single letter, and has three times been refused permission to visit her husband.

She is prevented from coming close to the cage that her husband is held in during the hearings, and they can only communicate using a kind of sign or gesture language.

This is the case with almost all the political prisoners.  Their families come to the court, hoping that the children will be allowed in to at least see their fathers, or to catch sign of him when he is being brought in.

Fera Abdullaeva, Uzeir’s wife, says that she took the children to the last hearing but the judge refused to allow them into the courtroom. “During the break, they wanted to come in and see their father.  The convoy guards drove them away, and when my daughter tried to touch her father through the grating, the guard hit her on the hand”.

Both Abdulaev brothers have previously reported torture and threats when being brought to court hearings.

During a court hearing on Dec 21, Uzeir Abdullaev said that he and other prisoners had been forced to lie on the bus floor with their hands in handcuffs behind their backs, and that the guards had beaten him in the stomach and legs. Kurbedinov then wrote that Teymur had given a similar account.  The FSB ‘spetsnaz’ [special forces unit], he said, treated them like logs, making them lie on the bus floor and that they were often threatened with physical violence if they moved at all.

Kurbedinov said that the investigator had told Teymur in front of his lawyer that he shouldn’t get up too quickly since “you don’t joke with the lads”, i.e. the FSB spetsnaz officers who are always present”.

The Abdullaev brothers were arrested on Oct 12, together with three other Crimean Muslims from near Simferopol, most of whom had been on the Haj recently.  This was the latest arrest on charges linked with the pan-Islamist organization Hizb ut-Tahrir which is legal in Ukraine and most countries, but which Russia has banned without providing a convincing reason.  Teymur Abdullaev, who is 41, is charged with ‘organizing’ a Hizb ut-Tahrir group, with this carrying a possible sentence of up to 17 years’ imprisonment.  Uzeir Abdullayev (42); Emil Dzhemadinov; Aider Saledinov and Rustem Ismailov (32) face the lesser charge, but still long sentences, for alleged ‘involvement’.

The authoritative Memorial Human Rights Centre has already declared the first prisoners from Sevastopol to be political prisoners, and it is only a question of time before the others are recognized as such.   The reasons can be put very simply.

There is no evidence that the men are members of Hizb ut-Tahrir;

Russia is illegally occupying Crimea, and as an occupying state has no right to apply its own legislation.