Kremlin propagandist proposes to "share" plundered Ukrainian harvest only with countries who ‘behave’ and support Russia Chief Russian propagandist: “All our hope is pinned on famine” Russian invaders demand Ukrainians have ‘filtration’ stamps and permits to live in their own citiesRussia sends relatives of Ukrainian soldiers and other Mariupol residents to ‘concentration camp’ in occupied DonbasHorrific conditions and torture in Russian filtration camp ‘ghetto’ for Mariupol residents Hospital bombed by the Russians at Azovstal as more mass graves found near Mariupol Mass grave near Mariupol could contain up to nine thousand victims of the Russian invaders Russia plans total ‘filtration’ of Mariupol men and forced ‘mobilization’Russia destroys Mariupol and tries to get illegally deported residents to move to Siberia Russia accused of using mobile crematoria to hide its war crimes in Mariupol At least 50 Ukrainians were burned to death in Russia’s bombing of Mariupol hospitals Russian FSB produce ‘refugee’ propaganda video blaming Ukrainian soldiers for Russia"s war crimes in Mariupol Russia continues bombing Mariupol while producing propaganda videos about its ‘humanitarian aid’Russia responds to International Court order to stop bombing Ukraine by destroying Mariupol Theatre sheltering familiesRussian invaders take Mariupol intensive care hospital and its patients hostage Mass graves of the Ukrainian civilians Russia claims it is not killingTerror and abductions as Russia tries to break Ukrainian resistance in Kherson and other occupied citiesUkrainian journalist Oleh Baturin feared abducted by Russian invaders in Kherson oblast Mayor of Melitopol Ivan Fedorov abducted after refusing to collaborate with the Russian invaders Russian priest arrested and prosecuted for sermon opposing Russia’s war against Ukraine
• Topics / War crimes 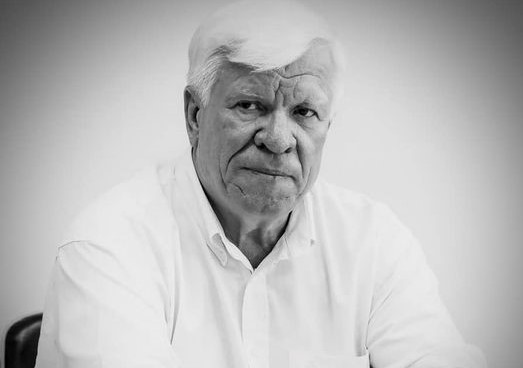 The death, during a night of intensive Russian bombing, of Oleksiy Vadatursky was widely reported far beyond Ukraine on 31 July.  The 75-year-old was described by the BBC as a grain tycoon and as having been “worth $450m (£369m), according to a 2020 estimate by Forbes”.   Oleksiy Opanasovych Vadatursky may have been one of Ukraine’s richest businessmen, but he was also undoubtedly an elderly civilian.   The same is true of his wife, Raisa Mykhailivna, who was also killed in the direct missile strike on their home.   The initial response, therefore, from Margarita Simonyan, one of the Kremlin’s main propaganda mouthpieces was both shocking and highly incriminating.  It is possible that she or the Kremlin realized this, as by the following day she had changed her tune and was now suggesting that Ukraine’s President Volodymyr Zelensky had behind the killing (!).

Vadatursky was the General Director of the agricultural company Nibulon.  He was described by Vitaliy Kim, Governor of the Mykolaiv oblast, as having done a great deal for the Mykolaiv oblast and for Ukraine.  Kim wrote that “his contribution to the development of the agrarian industry and shipbuilding was inestimable.”  He was very well-known and respected in Ukraine and had received a Hero of Ukraine state honour.  As journalist Denis Kazansky pointed out, he and his wife had enough money to live wherever they wanted.  They remained in Mykolaiv despite Russia’s relentless bombing of the city.

The missile strikes during the night into 31 July hit only civilian targets – residential buildings, a sports complex; a hotel and two schools.  This clear targeting of civilians was absolutely nothing new, but it does clash with the official Kremlin and Russian defence ministry claims that Russia is only hitting military targets.

Russia is officially fighting all sources of truthful information about its invasion and attacks on Ukraine.  It is, however, clear that the information is available.  By just after 11 a.m, on 31 July, Simonyan reposted the news of Vadatursky death from ‘Colonelcassad’, a notorious pro-Kremlin propagandist.  Vadatursky is described as having been “one of the wallets” of former Ukrainian President Petro Poroshenko.  It is also claimed that he “sponsored punitive battalions”, the term used in all Russian propaganda for Ukrainian defenders, especially those from the original volunteer battalions. The post adds that Vadatursky had at one time been placed on Russia’s ‘sanctions list’ and ends as follows: “We blot out this [person]”,

Minutes later, Simonyan wrote that the Mykolaiv Governor had “confirmed the death of the oligarch sponsoring the punishers”.  She added a sneering note about Oleksiy Vadatursky having been a Hero of Ukraine, and added the following:

“Here it is, denazification in action.

It is a shame only that information about the fact that denazification is going on, and is going properly, we are again receiving from Ukrainian sources.”

Russia’s leader Vladimir Putin claimed on 24 February 2022 that what he termed Russia’s “special military operation” was aimed at “the demilitarization and denazification of Ukraine”.  The term was, from the outset, condemned by, among others, Ukrainian Jewish leaders, Holocaust remembrance organizations; and international lawyers who have called it part of Russia’s incitement to genocide.  The term also, however, caused bemusement among observers, who invariably point to the fact that Zelensky himself is Jewish, as have been several top Ukrainian public figures.

Here, however, Simonyan has spelled it out.  Russia’s killing of two elderly civilians is hailed as Russia’s “denazification in action”.  Even if, as Simonyan presumably intended people to believe, there was ‘justification’ in killing Oleksiy Vadatursky because he had provided financial support to Ukrainian battalions (defending their own country), there was none in killing his wife.

The second hiccup is that Simonyan, director of the state propaganda channel ‘Russia Today’, has thus demonstrated that she is fully aware that civilians are being targeted in Ukraine.   The initial reposted text makes it quite clear that this was a missile attack on Mykolaiv, with it hitting residential buildings (or at least, the home of Oleksiy Vadatursky).  It is a war crime to target civilians however sycophantically you follow your leader in claiming this to be “denazification”.

As mentioned, it is possible that Simonyan understood that she had been too brutally truthful.  On 1 August, she posted what she called “the version of a local activist who personally knew the killed man, Vadatursky”.

This unnamed person mentions that Vadatursky “was strongly against Russia, and on principle refused to work with Russian companies”, and was “a Poroshenko man”, who was antagonistic to Volodymyr Zelensky, both before and after the latter won the presidential elections, defeating Poroshenko.  Simonyan has posted this, despite the fact that the person stresses that Vadatursky lived far from any industrial site “that is, an accidental strike is excluded” and the person’s acknowledgement that Vadatursky was highly respected.  The reason presumably is that the author calls Vadatursky an opponent on principle and ideologically of the Servant of the People [SP] Party (associated with Zelensky, and having, like the President, come to power on a wave of popular support).

“Here’s my IMHO, based on this:  all of this is the personal order of SP functionaries with the aim of closing power in the region around people installed by Kyiv.  Plus, we should not forget what a vengeful asshole Zelensky is, and Vadatursky was his real enemy.”

Or staging by a tired old man (but that is entirely improbable).”

So, no longer “denazification in action”, although this was a Russian missile attack, as nobody the day before, including Simonyan even thought to deny..