Abduction, mock executions & torture in Russia’s ’trial’ of Ukrainian aviation fanaticFrom Maidan to Torture & Solitary Confinement in RussiaKyiv demands return of Ukrainian abducted & jailed in Russia for ‘spying’ on the InternetTorture most classified: How Russia jails another abducted Ukrainian for ‘spying’Ukrainian abducted to Russia sentenced to 11 years for mystery ‘spying’Russia is killing 73-year-old Ukrainian hostage Yury SoloshenkoRussia sentences 73-year-old Ukrainian pensioner to 6 years for ‘spying’Mystery ’Trial’ begins of Russia’s Elderly Ukrainian HostageWorse than the Cold War: Russia’s FSB torments elderly Ukrainian hostageMoscow’s Kafkaesque ’Ukrainian Spy’ CasesMoscow shouts ‘abduction’ yet holds Ukrainian hostages incommunicadoRussia holds 72-year-old Ukrainian hostage on absurd spying chargesRussian mother of 7 stands by her warning about Russian soldiers in UkraineRussian Mother of 7 accused of ‘treason’ released from custodyRussians call to release mother of 7 accused of revealing ’state secrets’Russian woman charged with ‘treason’ for reporting soldiers sent to UkraineRussian Newspeak: “Killed at exercises on the border with Ukraine”Russian soldiers’ deaths in Ukraine: A web of lies and fake social network pagesMore Russians aware that their sons are being sent to fight and die in UkrainePersecution of elderly activist exposing Russian soldiers’ deaths in Ukraine continues
• Topics / The right to liberty and security
• Topics / Freedom of expression
• Topics / News from the CIS countries

Ukrinform has reacted with outrage to the detention in Moscow of its journalist Roman Sushchenko, and to the fact that his whereabouts and the supposed ‘spying charges’ were learned about from the Russian media. 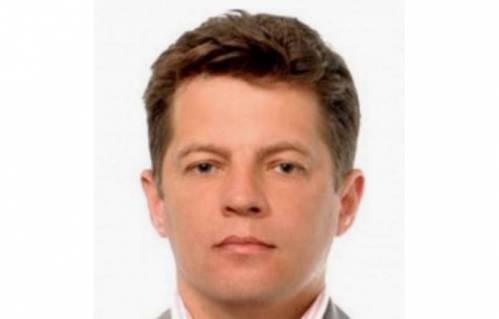 Members of a human rights monitoring group first reported coming upon a Ukrainian journalist held incommunicado in Lefortovo Prison in Moscow.  According to Zoya Svetova, 47-year-old Roman Sushchenko told them that he had been put under psychological pressure and had not been allowed to call his wife and tell her what had happened,

It is, in fact, hard to know what has happened since Sushchenko was prohibited from telling the rights activists anything about the charges.

Late on Sunday evening, the Ukrainian news agency Ukrinform issued a statement expressing outrage over the detention of its journalist and the reports in the Russian media that he has been charged with spying.

The statement says that Sushchenko was detained on Friday Sept 30, and called this a deliberate act of provocation.

Sushchenko has worked for Ukrinform since 2002, and has been the agency’s correspondent in France since 2010.  He was on leave and had gone to Moscow for private reasons.  He was detained on the very day of his arrival, without either his wife or the embassy being informed, which the agency stresses is in breach of all international norms.

It seems that his wife, who had remained in France, phoned relatives after her husband had not been in touch for two days. They were extremely careful and only hinted at what had happened, but clearly knew something, prompting her to contact the Ukrainian embassy.

The agency stresses that as of the night into Monday, nobody has received any official notification of Sushchenko’s detention.

It also informs that the agency and Angela Sushchenko have commissioned Mark Feygin to represent the journalist.

The arrest and secret detention are disturbingly familiar, but this is the first time that a journalist has been detained and prevented from contacting his family or embassy.  He asked the rights activists to contact the Ukrainian consul and had clearly not been allowed to himself, though under any circumstances the consul should have been immediately informed.

There are still at least 9 Ukrainians held illegally in Russia, and an increasing number in Russian-occupied Crimea.  Three people – Ukrainians Valentin Vyhivsky and 74-year-old Yury Soloshenko, as well as Viktor Shur, a Russian national living permanently in Ukraine – were seized (in Vyhivsky’s case at least, first abducted) in 2014, and convicted of spying.

It is no accident that the Memorial Human Rights Centre has declared almost all the Ukrainians political prisoners, except for those convicted of espionage.  This is not because there are any grounds for believing those charges, but because of the impossibility of investigating the charges.  Russia imposes total secrecy, throughout the period when the men are held in detention and during the trial.  This has made it possible to extract ‘confessions’ and convict the men without them having any real chance of defence.

Yury Soloshenko, a 74-year-old pensioner, was probably only released under an exchange because he is suffering from cancer.  He had been prevented from seeing human rights lawyer Ivan Pavlov, who had agreed to represent him.  He was then essentially tricked by an FSB-appointed lawyer into pleading guilty.  He had been held in Russia for almost 2 years when finally released.

33-year-old Valentin Vyhivsky was abducted to Russia from Crimea in September 2014 and held incommunicado for many months, during which he was beaten and tortured, and twice subjected to mock executions.  His ‘trial’ for supposed spying was held in total secrecy, with his ‘lawyer’ a person provided by the FSB who almost certainly worked for his employers rather than representing Vyhivsky.  The appeal against his 11-year sentence was also held behind closed doors.

In October 2015 Viktor Shur was sentenced to 12 years in a maximum security prison for supposed ‘spying for Ukraine’.   He was claimed to have, on Dec 9, 2014, “carried out intelligence activities in the Bryansk oblast – gathered information constituting a state secret about a protected Defence Ministry site on the commissioned of Ukraine’s State Border Service. Had the information gathered been passed to Ukraine’s Security Service, the latter could have used it against Russia’s security”.

Held incommunicado, and with only a state-imposed lawyer, Shur supposedly also ‘confessed’ to the charges.

Ukrinform has dismissed any accusations of ‘spying’ by its trusted correspondent as spurious and believes that this new detention must be viewed as yet another outrageous and unwarranted act against Ukrainians citizens by Russia.  It calls on the journalist community to defend its colleague and on international rights NGOs, Ukrainian and foreign diplomatic missions to help in securing his release.