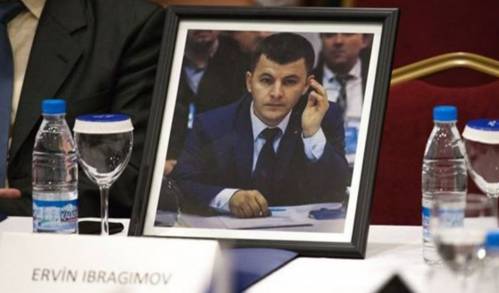 The World Congress of Crimean Tatars met on July 31 with Crimea firmly in the headlines. This, however, was due to the disturbing statements made by US presidential candidate Donald Trump, rather than warranted attention to the appalling rights abuses under Russian occupation. The congress took place without their colleague Ervin Ibragimov who was abducted two months ago, with his portrait and the empty seat a chilling reminder of the terror Russia has unleashed on Crimea.

The Congress in Eskisehir (Turkey) welcomed plans expressed by Ukraine’s leaders for Crimea to be reinstated within Ukraine as the Crimean Tatar Autonomous Republic and called for the amendments needed to Ukraine’s Constitution to be made soon.  In their declaration, the members call this the most equitable solution in the history of the indigenous people of Crimea.  They suggest that this move can only strengthen the friendship between the two main ethnic groups of Ukraine.

There was nothing positive to be said about the situation at present in Crimea, with this only highlighting how very inappropriate it was for Donald Trump, a US presidential candidate to propose disregarding both Ukrainian and international law over the peninsula. In one interview Trump had clearly suggested that he would consider recognizing Crimea as ‘Russia’ and removing sanctions.  In the ABC interview on Sunday, he acted as though unaware that Russia had invaded Ukraine at all, but still felt no hesitation about recognizing Russia’s claim to Ukrainian territory.

If Trump has ignored human rights issues around Crimea, and the repressive measures against Crimean Tatars, a group of 11 French politicians positively denied them.  They allowed themselves to be used by the de facto authorities in Russian-occupied Crimea for a propaganda stunt during which slanderous allegations were made about Crimean Tatars who have been abducted since Russia invaded and occupied Crimea.  The assertion that those abducted or who have disappeared without trace have in fact gone off to fight with ISIS has been made on other occasions, without a shred of evidence having ever been provided.  On this occasion, the occupation prosecutor Natalya Poklonskaya stooped particularly low.  She denied clear evidence of abduction and of the likely involvement of enforcement officers, claiming that this was 'provocation'. Ignoring the inevitable distress she was causing his parents by raising their hopes unwarrantedly, she claimed that there had been a sighting of Ervin Ibragimov, a month after his abduction. There had been no mention of this before, nor were any details given, meaning that it was almost certainly for propaganda purposes.

The WCCT Board on Sunday issued a quite different declaration in which they listed an appalling number of killings, abductions and people in custody or serving politically motivated sentences since Russia occupied Crimea. "These Ukrainians and Crimean Tatars were killed in 2014 and two years following since they resisted the illegal and immoral attack of the Russian Federation against the historical homeland of the Crimean Tatars.”  Most of those convicted have already been declared political prisoners by the authoritative Memorial Human Rights Centre.

The first person to be killed was Reshat Ametov who was abducted from outside the parliamentary buildings where he was holding a silent picket in protest at Russia’s invasion.

Islam Dzhepparov and his cousin Dzhevlet Islyamov who were abducted with the van never found, despite witnesses having even provided the registration number;

The list is not complete and has omitted at least

The World Congress of Crimean Tatars calls all such killings, abductions and detentions acts of terrorism for which the Russian regime and those directly responsible must bear liability.

It stresses that the Crimean Tatars and ethnics Ukrainians “jointly providing resistance to Russia’s immoral occupation of Crimea and Eastern Ukraine, are the most powerful line of human rights defence, as well as the rule of law and democratic values. These two nations are protecting the highest human values. It is therefore vital that sanctions remain against the Russian Federation to help them in their struggle.