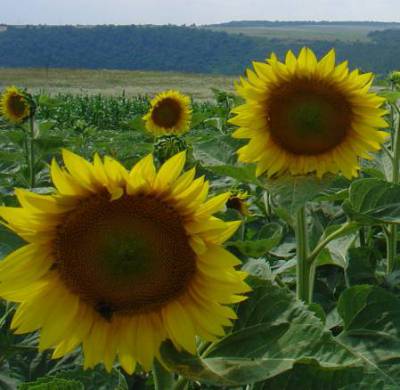 Ukraine is celebrating 25 years of Independence on August 24.  The anniversary is poignant for so many reasons, but must be particularly painful for those Ukrainian political prisoners held in Russia or Russian-occupied Crimea.  Many, like Ukrainian filmmaker Oleg Sentsov and civic activist Oleksandr Kolchenko have been deliberately isolated and sent to the farthest corners of Russia.

It seems likely that direct cards, symbols etc. would not get through, but how can you block a sunflower?!

Send them a breath of Ukraine and the important message that they are not forgotten.  It is vital for them to feel our support, and to show Moscow that however far they hide their hostages, we will not stop demanding their release.

The following list does not include the large, and increasing, number of Ukrainians held on trumped up charges in Russian-occupied Crimea.  In their cases, it is only possible at present to send letters to them via the Crimean Tatar Mejlis [representative assembly].  That address is given at the top of the list of prisoners in Crimea.  Because of Russia’s effective information blockade, very little gets reported about their cases.  Please take this opportunity to let their names be heard and to urge politicians and journalists in your country to speak out for them

Greetings or whole letters must be in Russian and should not contain anything ‘political’, critical of the regime or that could in any other way simply harm the hostages or stop the sunflowers and letters going through.

If this is a problem, the following would be fine.

The first line greets them with the festive occasion, without specifying which (increasing the chances that the letter will get through).  You are not forgotten and we hope you will soon be back.

The trial of renowned filmmaker Oleg Sentsov and civic activist Oleksandr Kolchenko was condemned by Russian writers, artists and human rights defenders as “ideologically motivated state terror”.  They and two other opponents of Russia’s invasion and annexation of Crimea - Oleksiy Chirniy and Gennady Afanasyev (recently exchanged) were arrested in May 2014.

Despite the clear use of torture and lack of any evidence, Sentsov was sentenced to 20 years, Kolchenko – 10.  Chirniy is serving a 7-year sentence based on a ‘confession’ tortured out of him and charges which were in breach of Russia’s criminal code.

Here and below, please press the hyperlinks on the names for more information.  There are also details here:  Oppose Russian Occupation of Crimea & Face 20 Years for ’Terrorism’

Oleksiy Chirniy  was recently taken to Moscow.  Please send sunflowers and message to post.rosuznik[at]gmail.com.  This is a civic initiative for helping political prisoners and they will pass the letter on.  Just add:

There are very real fears for Klykh at the moment, and he urgently needs support and publicity as pressure on Russia to release him.  Both men were held incommunicado and tortured for very long periods (10 months in Klykh’s case, well over a year in Karpyuk’s).  The charges against them were demonstrably absurd yet Karpyuk was sentenced to 22.5 years, Klykh to 20.

The 33-year-old Ukrainian was abducted to Russia from Crimea in September 2014 and held incommunicado for many months, during which he was beaten and tortured, and twice subjected to mock executions.  His ‘trial’ for supposed spying was held in total secrecy, with his ‘lawyer’ a person provided by the FSB who almost certainly worked for his employers rather than representing Vyhivsky.  The appeal against his 11-year sentence was also held behind closed doors.

The 33-year-old Luhansk oblast resident has been held in Russian detention since August 2014 and was initially tortured to extract ‘confessions’ to fictitious war crimes.  His lawyer was able to prove that the crimes could not have taken place as the people and their addresses were fictitious.  Russia was forced to back down on its ‘war crimes’ allegations, but having held Lytvynov in custody for a year, it came up with new criminal charges which were openly absurd.  Despite these also being demolished in court, Lytvynov was sentenced to 8.5 years’ imprisonment.

The former Euromaidan activist was sentenced by a Russian-occupied Crimean court to 4 years’ imprisonment over an unprovable offence which allegedly took place during Euromaidan in Kyiv, well before Russia invaded and annexed Crimea.  The court ignored the evidence that his first ‘confession’ had been tortured out of him, and flagrant infringements of procedure from the moment of his arrest.  Subsequent appeals have slightly reduced the sentence which now stands at 3 and a half years.  He has been in custody since Feb 5, 2015.

The list is not quite complete, however Khaiser Dzhemiliev should, unless Russia resorts to some new violation, be released shortly, and Viktor Shur can only be written to via rosuznik[at]gmail.com

Four Crimeans from Sevastopol are currently on ‘trial’ in Rostov.  Attention is urgently needed to this case, and letters with sunflowers to the men will show Russia that they are being watched.

Short details about this conveyor belt of repression in which Russia is holding 14 men (so far) in custody can be found here:

It is unfortunately likely that this list must be extended.

For the moment, where no address is given, letters / sunflowers can be sent to the representative office of the Crimean Tatar Mejlis in Kyiv (writing the name of the person as above (though the messages will need to be in Russian since the Mejlis will try to get them delivered). 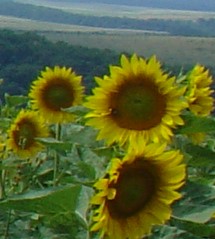 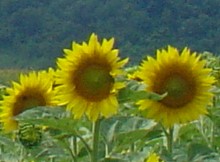 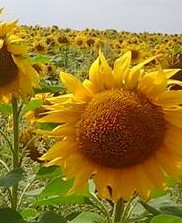